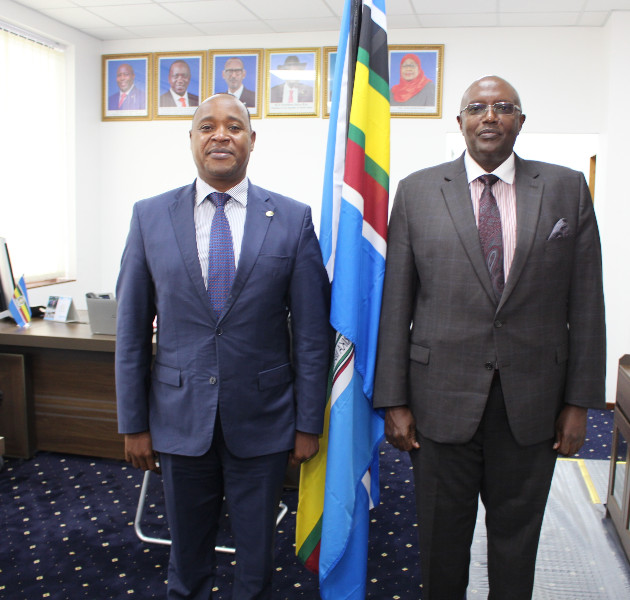 The Secretary General and envoy discussed a wide range of issues geared at moving forward regional integration in East Africa.

The two officials discussed potential areas of collaboration between the EAC and USA, namely trade and investment, and democracy and good governance. 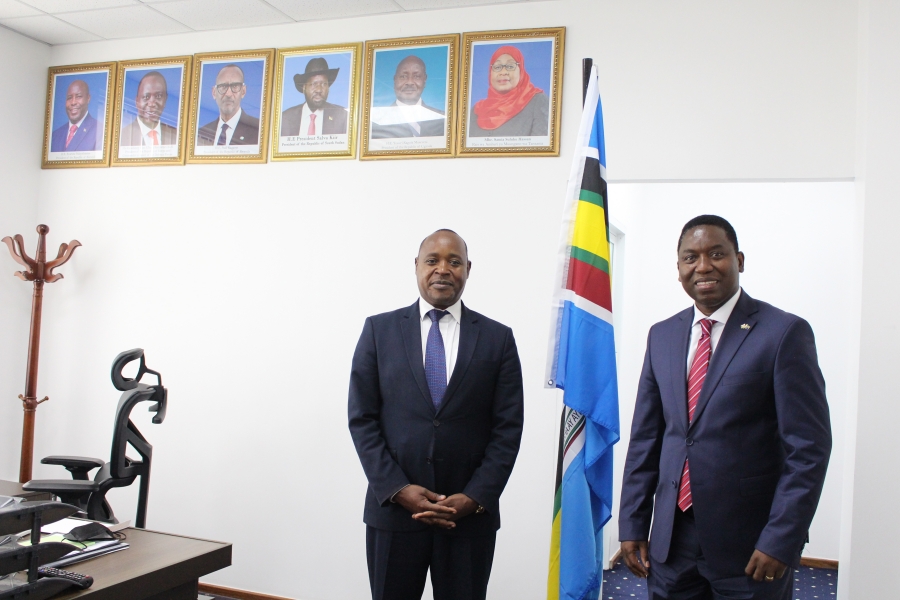 The two officials discussed a wide range of issues centred on the EAC regional integration agenda.

The Secretary General reiterated the vital role of the High Commissioners in the Partner States in ensuring the EAC integration agenda is executed smoothly. “I look forward to working closely with the East African High Commissioners in the region to ensure that we are able to swiftly address any matter that requires intervention”, added Dr Mathuki.

On his part, the High Commissioner noted that the Republic of Kenya and the United Republic of Tanzania have renewed their passion for the integration agenda, and have resolved various trade differences. “We can now confidently say that trade matters between Kenya and Tanzania have been resolved, and we are back on track,” added Ambassador Kazungu.

Amb. Kazungu further noted that the two countries were in the processes of aligning various policies that are set to better facilitate integration with particular reference to Education, Science and Technology; Foreign Affairs; Health; Border Management; as well as and people-to-people relations including the Private Sector, Arts, Culture, Wildlife matters and Tourism.

“We are also excited that preparations are underway for a meeting of the Joint Commission for Cooperation (JCC) in the coming months, to address matters of trade and investment between Kenya and Tanzania,” remarked the Kenyan envoy.

In early May this year, the Heads of the two States directed regular meetings of the JCC in an effort to ensure the continued strengthening of relations between the two EAC Partner States. The Heads of State tasked the JCC to address matters affecting the people of Kenya and Tanzania as they do business and interact with each other.

Amb. Kazungu further called upon the Secretary General to ensure the Democratic Republic of Congo (DRC) is admitted to the EAC at the soonest possible, for the greater good of the Community. “With DRC as a member of the Community, we will have connected the Atlantic Ocean to the Indian Ocean, and with that the EAC will move beyond imagination,” he added. 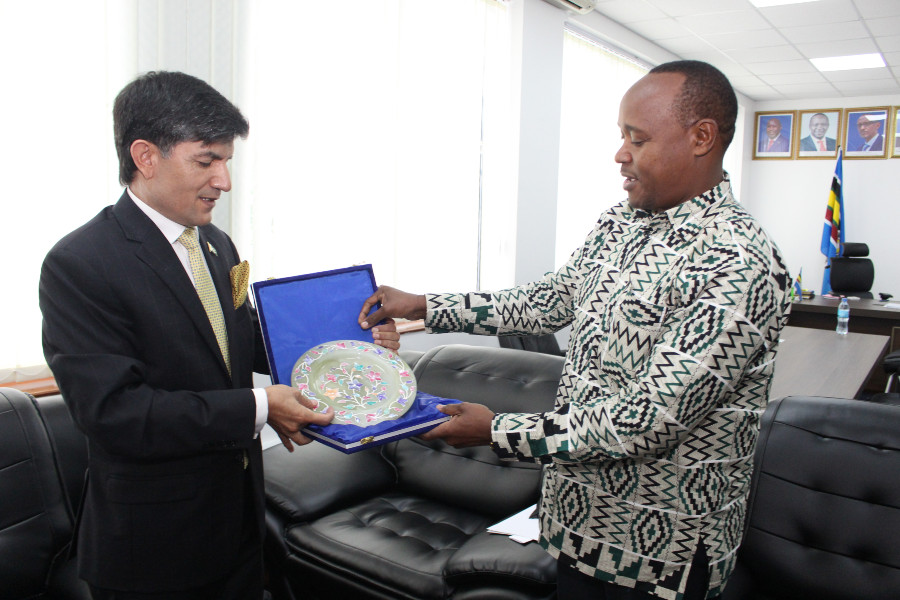 East African Community Secretariat, Arusha, Tanzania, 21st May, 2021: The High Commissioner of the Islamic Republic of Pakistan to the United Republic of Tanzania and the EAC, Amb. Muhammad Saleem, today paid a courtesy call on EAC Secretary General Hon. Dr. Peter Mathuki at the EAC Headquarters in Arusha.

The High Commissioner further presented a Letter of Felicitation from Pakistan’s Foreign Minister to the Secretary General. 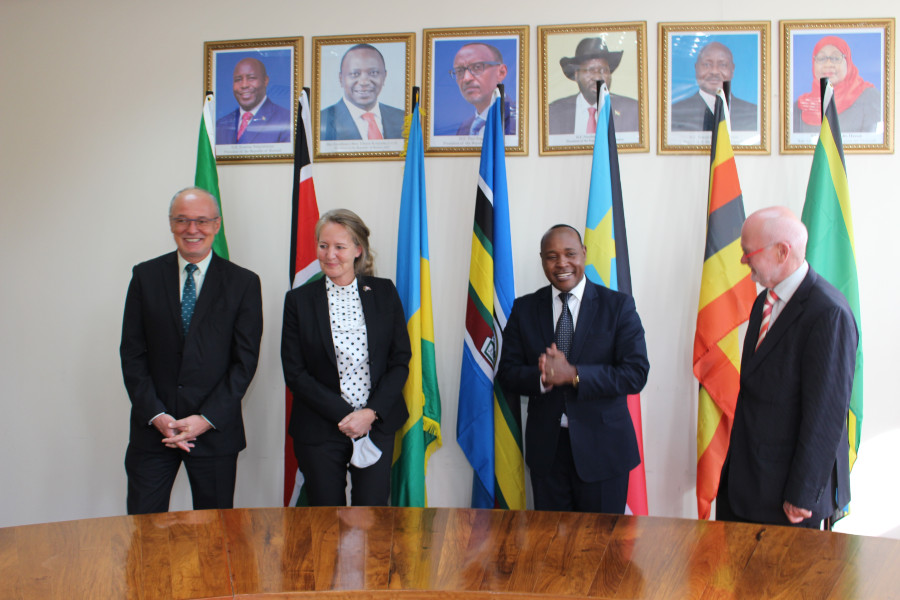