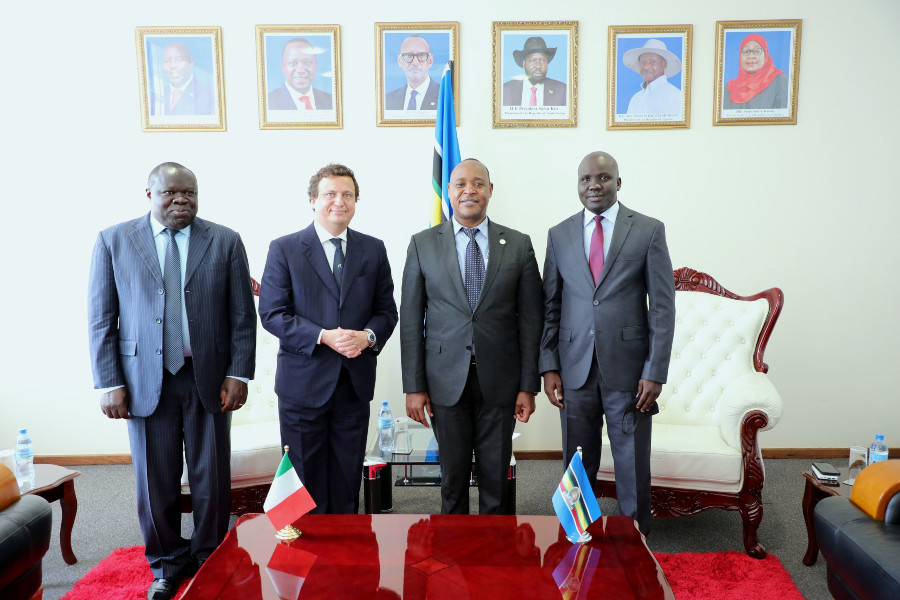 Amb. Lombardi said that it was important for Italy to invest more in Africa, which has an ever-expanding market.

Amb. Lombardi further said that he is keen on strengthening relations between not just Italy and EAC, but the EU as well.

Amb. Lombardi said that saving the planet from global warming was one of Italy’s key priorities, adding that his country was keen on supporting environmental conservation and climate change mitigation programmes.

The Italian envoy said that Italy is also keen on supporting cooperation for capacity building among countries in Africa and the EAC region especially in the health sector.

On his part, EAC Secretary General Hon. Mathuki described Italy as a great friend of the EAC, noting that the EAC was keen on learning from the EU by benchmarking with the bloc for the betterment of the East African region.

Dr. Mathuki said that negotiations between Partner States were the best way to ensure a win-win situation for the Community.

The Secretary General called for Italy’s support in capacity building particularly for new countries joining the Community to ensure their full and fruitful participation in the integration journey.

Speaking at the ceremony, the EAC Deputy Secretary General in charge of the Productive and Social Sectors, Hon. Christophe Bazivamo, thanked Italy for supporting energy and climate change projects in the EAC. Hon. Bazivamo hailed the Italian government’s plans to upscale its support for trainings on renewable energy and small hydropower projects in East Africa.