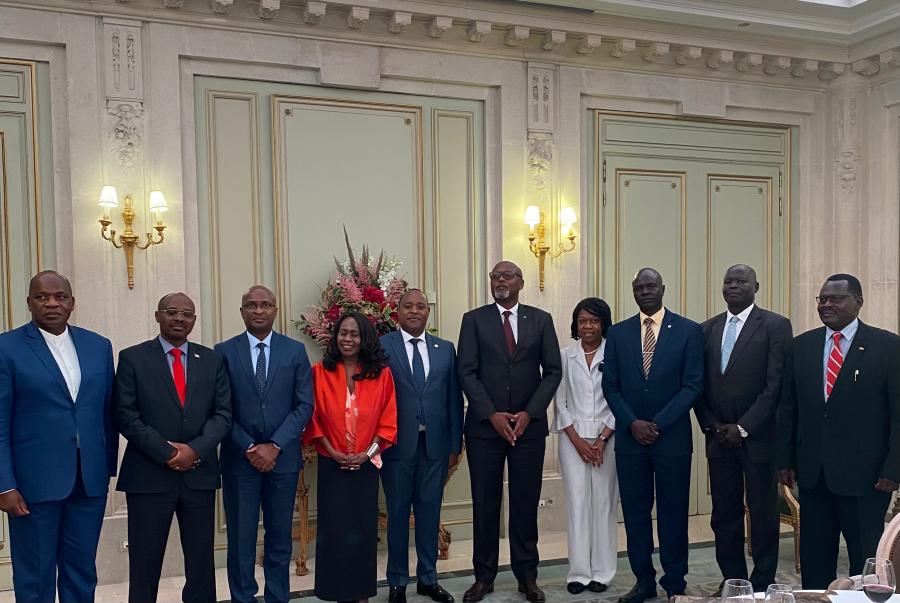 The Ambassadors hailed the Secretary General for the various projects being undertaken by the bloc and the successful holding of the Summit in which the Democratic Republic of the Congo (DRC) participated for the first time as a full Partner State.

The envoys highlighted the importance of better connectivity, namely infrastructure, telephone networks, flights, a working Real Time Gross Settlement (RTGS) of banking transactions, free the movement of labour, as achievements that had resulted in a better business environment that can attract more investors as well as tourists.

They called for better partnerships in promoting the use of French and Kiswahili, including the creation of the Kiswahili Cultural Centers in and beyond the East African region.

On his part, Dr. Mathuki informed the envoys of the key achievements of the Community and progress made in the implementation of each of the four (4) pillars of integration, namely: the Customs Union, Common Market, Monetary Union and Political Federation.

The SG told that the ambassadors that the Community was a trajectory of expansion with the entry of as the 7th member, a fact he said had increased the EAC market to more than 276 million people.

“The EAC is now 4.9 million km2 in geographical size with enough land that can be used to produce food for the local, regional and international market,” said Dr. Mathuki, even as he urged the Ambassadors to market the EAC to potential investors in agriculture and mining, among other sectors.

He also informed the envoys that the Federal Republic of Somalia had requested to join the Community, and that the Summit had directed the Council and Secretariat to go ahead with the verification process.

The Secretary General further told the Ambassadors that Kiswahili and French were now official languages of the Community and requested them to help EAC mobilize Partners that can support the implementation of the Summit directive through translation and interpretation services in the two languages.

Dr. Mathuki highlighted key upcoming activities including the culture and arts festival or Jamafest to be held in Burundi in September and the EAC Youth Summit in December.

Saying that without peace and security, no development programmes can be implemented, Dr. Mathuki informed the envoys that the Summit had appointed H.E. President Uhuru Kenyatta to lead the DRC peace process.