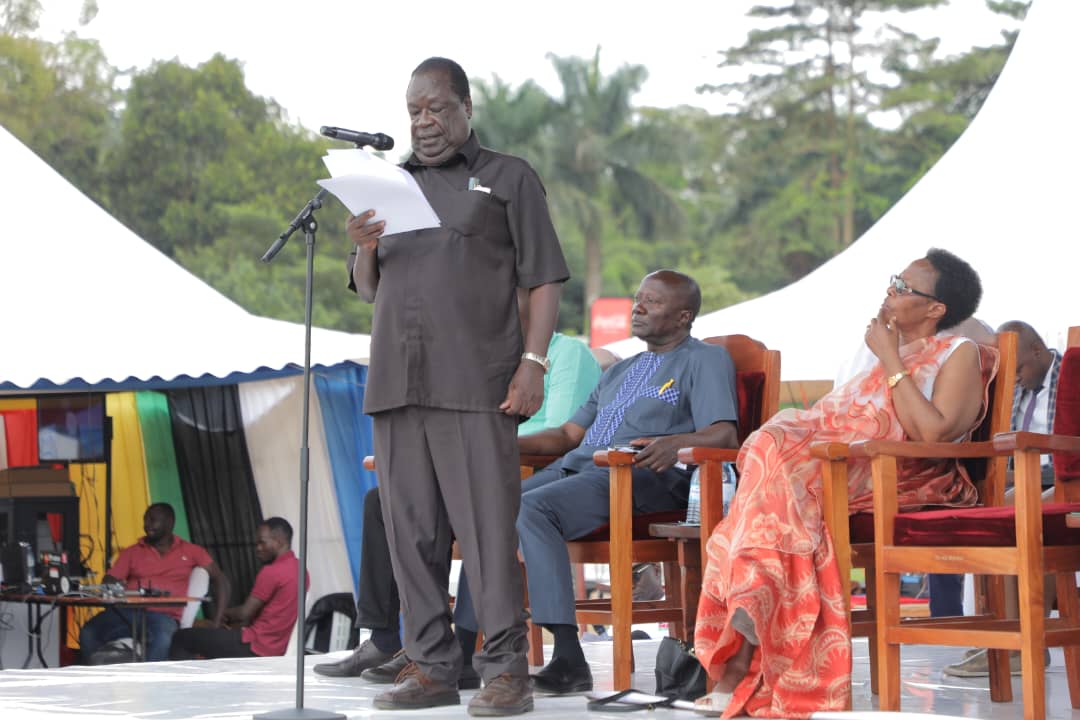 Uganda’s Minister of State for EAC Affairs, Hon. James Magode Ikuya, further urged the Partner States to address the twin issues of limited skills for production and poor standards and quality of products among others.

Hon. Ikuya said that addressing the challenges was critical, adding that MSMEs have a high mortality rate as they do not get to live and grow into sustainable businesses that can contribute to the economic development of the region.

Hon. Ikuya said that first-hand research was essential to understanding the totality of financial inclusion and ensuring access to affordable credit by MSMEs.

“Another primary consideration is for the respective Partner States to create a timeframe for key interventions including the need for skilling and exposure to the international markets in order to unlock the sector,” said the Minister. 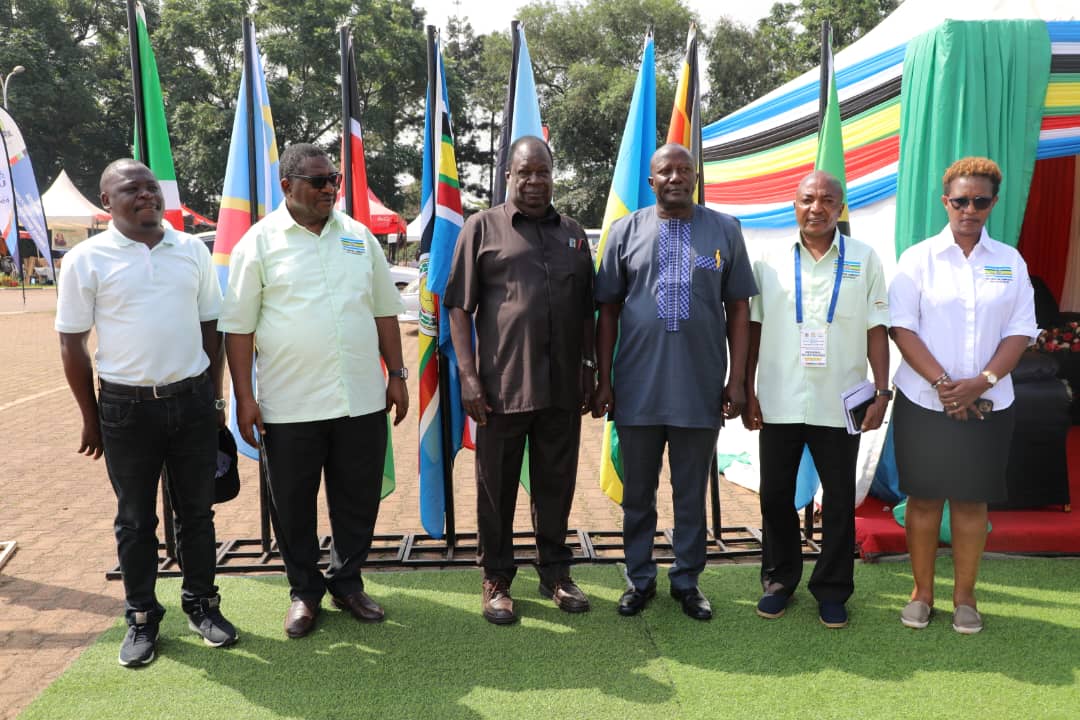 Hon. Ikuya was speaking when he officially closed the 22nd EAC MSMEs Trade Fair at the Kololo Independence Grounds in Kampala, Uganda. The trade fair that opened its doors on 8th December, 2022 attracted more than 1,500 exhibitors from Burundi, Democratic Republic of Congo, Kenya, Rwanda, South Sudan, Uganda and Tanzania.

The Minister said that to ensure the full implementation of the EAC Common Market Protocol and maximise intra-regional trade, Partner States should harness their comparative advantages by focusing their efforts on the production of specific commodities and services at a lower cost than their trading partners even as he called for value addition to commodities destined for the regional and international market.

“We remain cognizant of the fact that our countries continue to lag behind because we are not fetching a competitive price from our products. We do not add value to our raw materials but sell them at giveaway prices, hence our persistent low participation in global trade,” adding that the African Continental Free Trade Area (AfCFTA) provides a golden opportunity for African countries to boost intra-regional and inter-continental trade.

“The establishment of the AfCFTA is a huge opportunity to boost Pan-African Trade, as well as strengthen regional value chains. The AfCFTA will increase the market size to 1.42 billion representing 16.72 per cent of the world population,” said Hon. Ikuya.

Speaking at the ceremony, Burundi’s Ambassador to Uganda, Madam Epiphanie Kabushemeye-Ntamwana urged Partner States to support MSMEs by providing subsidies to artisans owning MSMEs to enable them to produce more.

Amb. Kabushemeye-Ntamwana said that the annual trade fair was a sign that the seven EAC Partner States were determined to work in synergy to promote their people’s culture, products, talents, inner skills, values and economic opportunities for the benefit of the all East Africans.

In his remarks, the EAC Deputy Secretary General in charge of Planning and Infrastructure, Eng. Steven Mlote, urged Partner States to invest in research, legal, intuitional and financial frameworks to support the efforts of the MSMEs to reach greater heights.

“At the EAC, we promise to continue creating a favourable business environment to the advantage of the MSMEs not only in the EAC, but also at the continental level under the AfCFTA,” said Eng. Mlote. 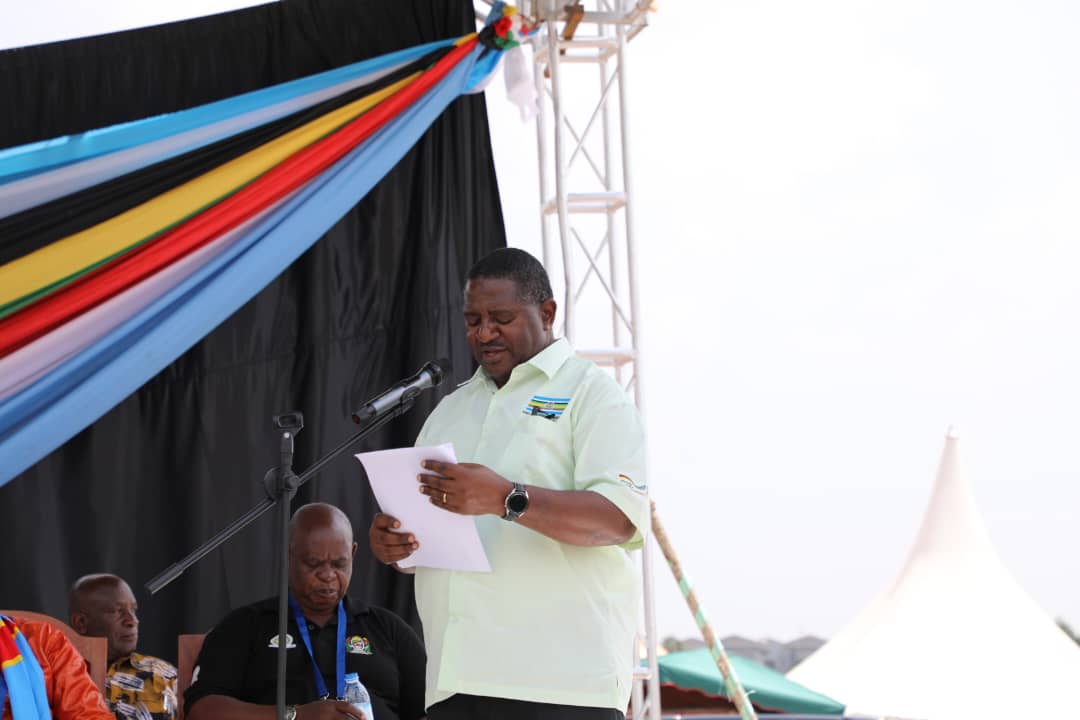 Eng. Mlote said that there was an urgent need for Partner States to develop and implement a national policy framework purposely aimed at spurring the growth of MSMEs.

“It is expected that Partner States’ governments, development partners and the private sector adopt a holistic approach in supporting MSMEs. The package of support should, among other things, address technology, financial products, market access, institutional and capacities to produce quality products,” said the DSG, who represented the EAC Secretary General at the event.

During the ceremony, it was officially announced that the Republic of Burundi would host the 23rd edition of the annual event, which is held on a rotational basis among the Partner States.

Also present at the event were Uganda’s Minister of State for Cooperatives, Hon. Gume Fredrick Ngobi, among other dignitaries.