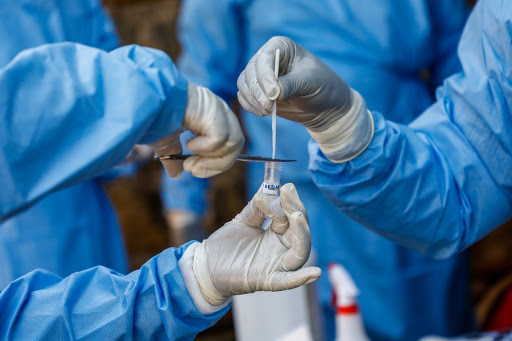 EAC Sectoral Council of Trade, Industry, Finance and Investment calls for Harmonisation of COVID-19 Protocols in the region

East African Community Headquarters, Arusha, Tanzania, 29th May, 2021: The East African Community Sectoral Council on Trade, Industry, Finance and Investment (SCTIFI) has urged the EAC Regional Coordination Committee to review and harmonise the Covid-19 testing charges, in addition to the validity and mutual recognition of the certificates with a view to ensuring the safe and smooth movement of goods and persons in the region.

The SCTIFI further observed that notification procedures were not being followed, a situation that essentially constitutes yet another Non-Tariff Barrier (NTB) to trade within the region.

The Sectoral Council, which met under the chairmanship of Kenya’s Cabinet Secretary for Industrialization, Trade and Enterprise Development, Ms. Betty Maina also directed the Republic of South Sudan and Uganda to operationalise the Nimule/Elegu One Stop Border Post (OSBP) by deploying all relevant officials to the OSBP.

The Sectoral Council had been informed that the Nimule OSBP was completed and handed over to the South Sudan and was pending full operationalisation by having all relevant officials from border agencies including from Uganda operating from the OSBP.

The SCTIFI further directed Partner States to use regional mechanisms or structures such as the EAC Standards Committee and SCTIFI itself to resolve disputes among themselves as opposed to taking unilateral interventions.

The Sectoral Council directed Partner States to comply with the transparency principles of WTO TBT/SPS Agreements, the EAC Customs Union Protocol and EAC SQMT Act 2006 on notification of any measure with the potential to disrupt trade in the region.

The Council noted that Partner States had been taking actions that have restricted trade within their respective markets and guided that all EAC Partner States comply with the notification obligations in EAC legal instruments.

The meeting directed the South Sudan, Uganda and the Kenya to expedite the removal of visa fees amongst themselves.

The Ministers further directed the South Sudan to communicate the administrative note for waiver of the visa fees for the Burundi and Rwanda by 30th June, 2021.

The Council directed Kenya to expedite the rollout of the Integrated Customs Management System (iCMS) to facilitate trade between the Partner States by 30th October, 2021.

The Ministers, who deliberated at length on the elimination of NTBs, further directed the EAC Partner States to remove all discriminative fees, levies and charges of equivalent effect.

The SCTIFI also endorsed the decision by the Ministers/Cabinet Secretary for Finance to amend Section 124 of the EAC Customs Management Act, 2004 to provide for the US$50 as de minimis value based on the value of goods instead of computed duties.

The 21st Ordinary Summit of the EAC Heads of State acknowledged that not all Partner States were in a position to sign, ratify and implement the EAC-EU-EPA agreement.

The Summit concluded that Partner States who wish to do so should be able to commence engagements with the EU with a view to starting the EAC-EU EPA implementation under the principle of variable geometry as provided for in the EAC Treaty.

On the implementation of the standards for used clothing, the SCTIFI rescinded its previous decision of 2017 to pack in the weight of 23 to 30kg bags, all used textile imports from the US to the Community.

The SCTIFI had at its meeting held on 17th November, 2017, directed that standard requirements like packaging, marking, segregation, labelling (to pack in weights of 23 to 30 kgs) as the Export Processing Zones firms pack when exporting textiles to the US market should be adhered to when exporting used clothes to EAC.

Partner States had informed the Secretariat that the main challenge with the requirement to pack in weights of 23 to 30 kgs was that imported used clothes were still being packed in 50 kg at source, forcing traders to unpack and repack on arrival as the exporters could not pack at the specific weight at 23 to 30 kgs just for the EAC market.

The SCTIFI therefore directed the Secretariat to amend the requirement in the EAC Standard “EAC 356: 2019, Textiles – Requirements for inspection and acceptance of used textile products,” to pack in a maximum weight of 50 kg.