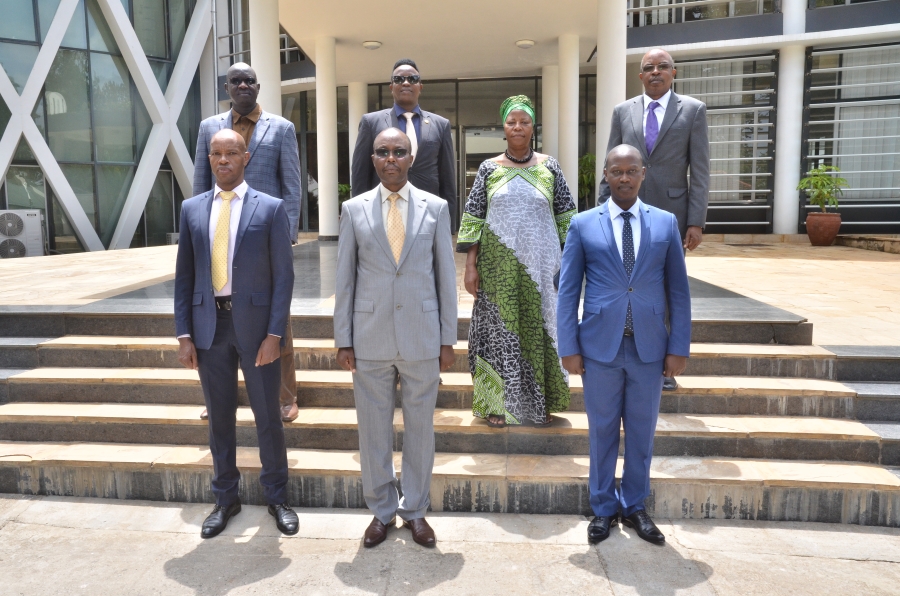 East African Community Headquarters, Arusha, Tanzania, 1st March, 2021: The Republic of Kenya has officially taken over from the Republic of Rwanda as the Chairperson of the EAC Defence Liaison Office.

Speaking shortly before handing over, Col. Butera thanked his colleagues for giving the Republic of Rwanda maximum cooperation during the two years that she has been Chair of the Defence Liaison Office.

Col. Butera said that the two years during which Rwanda had been Chair were largely successful except for the Covid-19 pandemic which had disrupted nearly all Community activities including those of the Sectoral Council for Cooperation in Defence.

In his remarks, Col. Kiptoo said that the focus of the Defence Liaison Office going forward would be to develop modalities for the Sectoral Council for Cooperation in Defence to execute its programmes within the environment brought about by the Covid-19 pandemic which he noted could be around for much longer than initially anticipated by the World and medical experts.

Col. William Rusodoka from the Republic of Burundi took over from Col. Kiptoo as the new Rapporteur.

The changes come in the wake of the change of bureau during the 21st Summit of the EAC Heads of State where Kenyan President Uhuru Kenyatta took over from his Rwandan counterpart President Paul Kagame as the Chairperson of the EAC. Burundian President Evariste Ndayishimiye also took over as Rapporteur from Mr. Kenyatta.

Under the EAC Rules of Procedure, the Rapporteur often takes over as the Chairperson of the Community.

EAC Defence Liaison Officers are nominated by the Partner States’ Armed Forces to serve for a three-year term subject to renewal by the respective national Armed Forces.

The functions of the Defence Liaison Office are to:

Under Article 125 of the Treaty for the Establishment of the EAC, Partner States agree to closely cooperate in defence matters in order to promote peace, security and stability within the region as well as good neighbourliness among the Partner States.