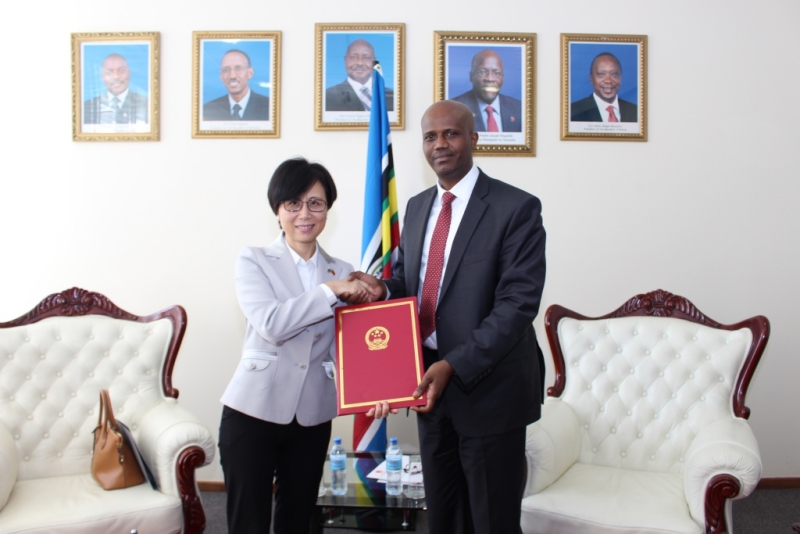 Speaking at the event, the Chinese envoy described the accreditation as an honour, commending the close and cordial relations between her country and the EAC.

H.E Ke noted the region’s positive economic development due to political stability and reiterated his country’s commitment to enhance further collaboration with the bloc.

On his part the Secretary General of the East African Community, Amb. Liberat Mfumukeko noted that China had continued to be a good partner of the region and EAC appreciates its contribution towards building the Community in various fields including infrastructure development.

The Secretary General underscored the importance of the accreditation which means more engagement of co-operation between the EAC and the People’s Republic of China for the development of the region.

Amb Mfumukeko briefed Chinese Envoy on the progresses being registered by the Community so far that include implementation of Protocols on the Customs Union, Common Market and East African Monetary Union.