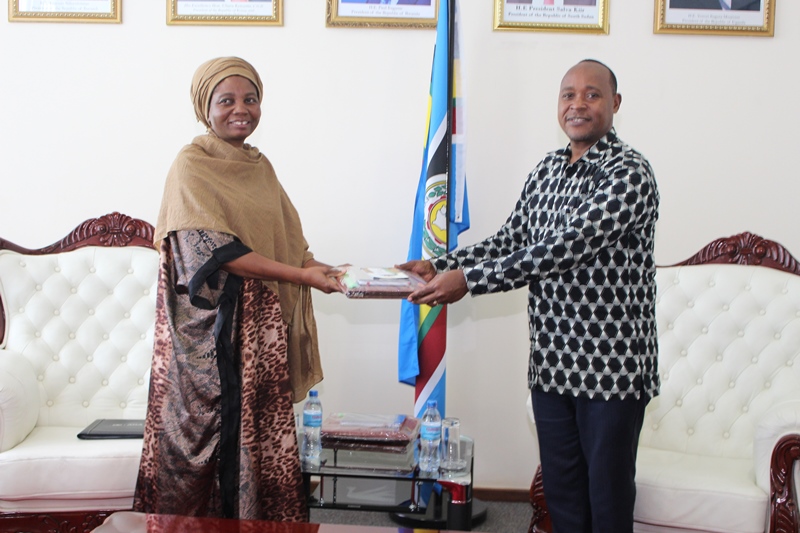 The two officials discussed a wide range of issues geared towards collaboration between AUABC and the EAC in ensuring effective mechanisms are in place to better facilitate the fight against corruption in the region.

“I want to re-affirm the EAC’s commitment towards preventing and combating corruption in the region,” noted the Secretary General.

On her part, the AUABC Executive Secretary commended the continued support given by the EAC member states in the fight against corruption in region. “I am looking forward to standing together with you all in this fight, as we work towards a corruption-free East Africa and Africa at large.”

Ms. Nchimunya called upon the Secretary General for his support in ensuring the Republic of South Sudan joins the rest of the EAC Partner States in ratifying the African Union Convention on Preventing and Combating Corruption.

In response, Dr. Mathuki pledged to do everything in his power to make sure that the Republic of South.Sudan joins the other EAC member states in the ratification of the African Union Convention on Preventing and Combating Corruption.

In receiving the AUABC Executive Secretary, the EAC Counsel to the Community, Dr. Anthony Kafumbe accompanied the EAC Secretary General.