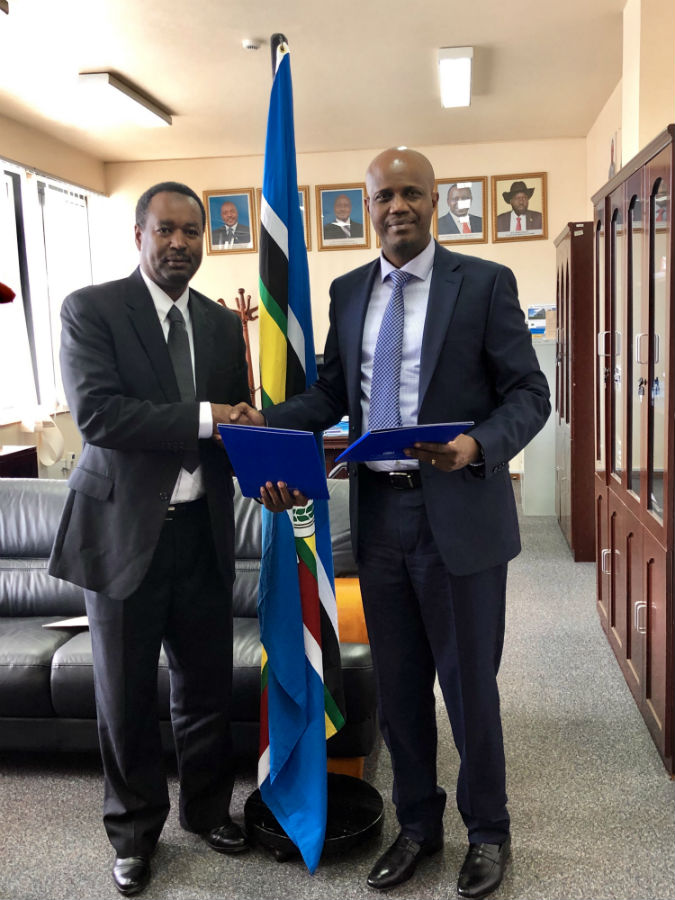 Amb. Mfumukeko briefed the Regional Director on the current achievements on the initiatives being undertaken in the EAC to support the Free Movement of Persons as provided for under the EAC Common Market Protocol.

Amb. Mfumukeko informed the IOM delegation that the free movement of persons/migration was being facilitated by the commitment of Partner States in the implementation of the EAC Common Market Protocol provisions.  He singled out the development of a regional policy on e- immigration; progressive implementation of integrated border management; initiatives to build the capacity of immigration officials and other border management authorities; implementation of the monitoring and evaluation framework and data collection of migration movement in the Community.

The Secretary General further said that the Community was concerned about security issues that could arise due to free movement of persons within and outside the EAC. He expressed concern at the overdependence on the UNHCR when it comes to support for refugees, repatriation and supporting the welfare and rights of refugees.

He added that refugees are a special category of migrants that needed collaborative support from EAC Partner States as well as specialized UN agencies handling refugee matters such as IOM and UNHCR.

The Secretary General requested IOM to especially support the EAC Secretariat to develop and implement capacity building initiatives in the region, so that a critical mass is developed with adequate skills and knowledge to implement immigration functions that promote safe, orderly and regular migration of persons in the EAC Partner States.

On his part, Mr. Abdiker, informed the Secretary General that, the IOM was ready to enhance further cooperation to promote the mutual relationship of IOM and EAC. Mr. Abdiker said that the IOM was ready to partner with the EAC to promote safe, orderly and regular migration in the EAC through training and building capacity of border management officials to fight cross-border crime especially human smuggling and trafficking.

Mr. Abdiker further said that the IOM was in the process of ensuring that the EAC Secretariat, through focal point offices, is included in the coordination of the implementation of the recommendations of the Global Compact for Migration.

The IOM official observed that the issue of refugees had become topical in region and called for top political commitment to resolve the crisis. He pledged that IOM will ensure that the EAC Secretariat gets regular updates on statistics of the movement of migrants and refugee populations in the EAC region to inform the regional policy development and implementation.

He urged EAC Partner States to ratify the Protocol on Free Movement of Persons, Right to Residence, and Right to Establishment of the agreement towards an African Continental Free Trade Area.

The meeting agreed on a convenient date of 25th November 2019 for the technical teams of the EAC Secretariat and IOM to deliberate on the areas of cooperation between EAC and IOM and develop capacity building programme to be implemented in the EAC Partner States to enhance immigration management in the context of the EAC Common Market Protocol.