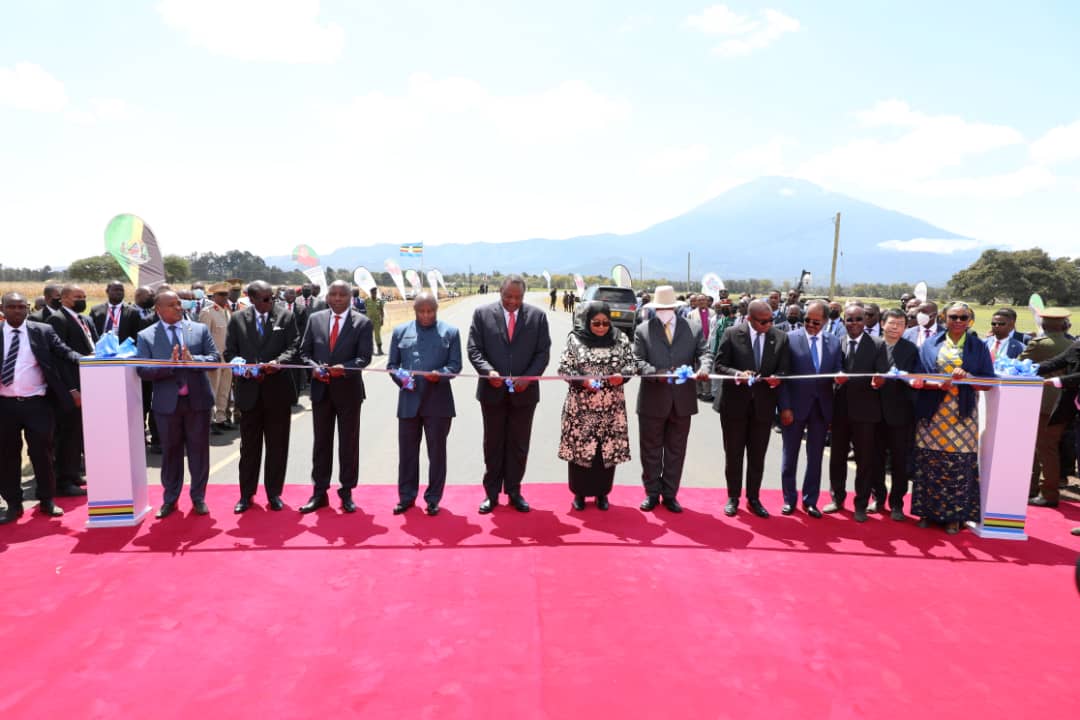 Written on 22 July 2022. Posted in Infrastructure

The Arusha bypass is the first phase of a project that was constructed to decongest traffic in Arusha and Moshi towns in addition to promoting intra-regional trade.

The scope for Phase II is as follows: dualling from Tengeru to USA River (10.1km) part of the Moshi urban roads (8.4km); new Kikavu bridge (560m long) and 4km approach roads (realignment of the road).

The financing for Phase II has been entered between the Government of Japan Japanese International Cooperation Agency (JICA) and the United Republic of Tanzania with a financing agreement (soft loan) of 24.31 Million Yen which is equivalent to TShs413.858 billion. 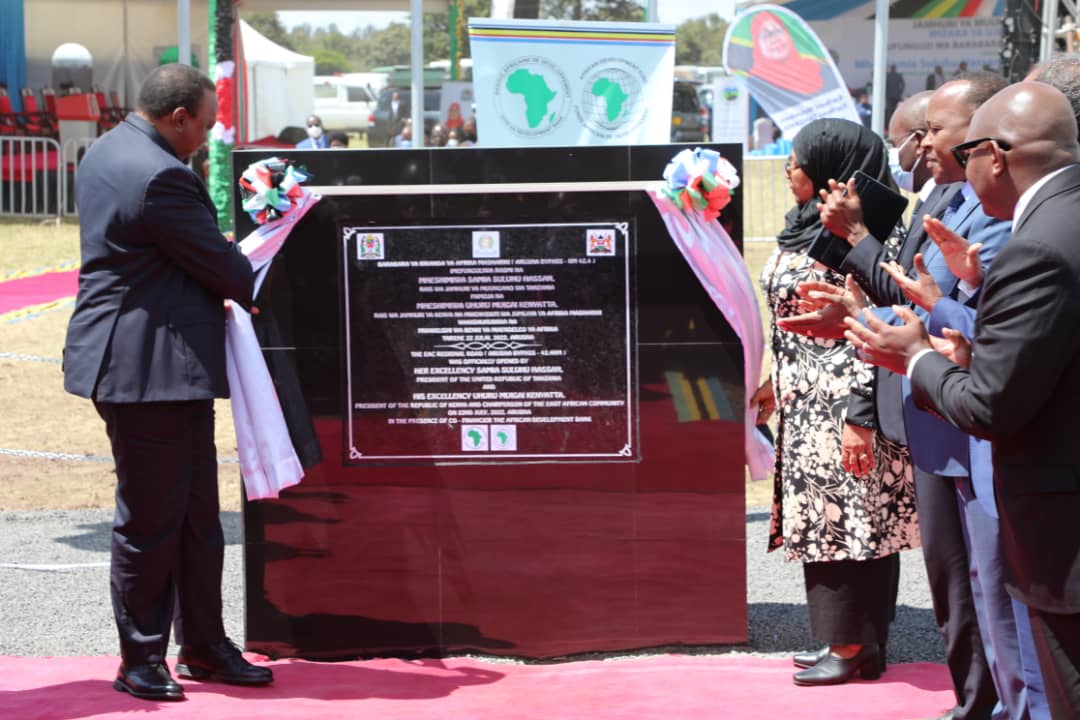 President Hassan Sheikh Mohamud of the Federal Republic of Somalia was also at the event as a guest of the Summit.

Speaking at the event, President Kenyatta said that infrastructure development was only second to peace and security as a driver of development.

President Kenyatta said that when countries come together and pool resources, they can overcome all barriers to development.

In her remarks, Tanzania President Suluhu Hassan said that the multinational road would, among other things, boost the tourism industry even as it promotes trade.

President Hassan said that Tanzania was investing heavily in infrastructure including water transport on Lake Victoria by building ships and rehabilitating ports on the lake to facilitate the movement of people and goods in the region.

She urged people living near the key infrastructure projects to make use of the emerging opportunities to uplift themselves and in the process spur economic growth.

President Suluhu further called on Tanzanians to take care of infrastructure projects by harmful habits that destroy roads such as oil spills, adhering to the set axleload limits, sand harvesting and throwing waste under bridges.

Speaking at the event, African Development Bank (AfDB) Director General for East Africa, Ms. Nnenna Lily Nwabufo, disclosed that AfDB had spent US$217 million on the Arusha-Holili/Taveta-Voi road with US$112 million going to Tanzania and US$105 million to Kenya, adding that the two governments also made contributions to the project.

Ms. Nwabufo said that the road was fully designed in line with one of the bank's five priorities, that is, to integrate Africa and improve the standards of living of people on the continent.

Ms. Nwabufo said that the project had facilitated trade between Kenya and Tanzania in addition to spurring transit trade with neighbouring countries, adding that the transit time at the Holili/Taveta One Stop Border Post has reduced from one day to less than two hours due to the streamlining of the border procedures.

In her remarks, the outgoing Chairperson of the Council of Ministers, Ms. Betty Maina, said that Africa requires more than US$170 billion to close the huge infrastructure gap between it and other continents. 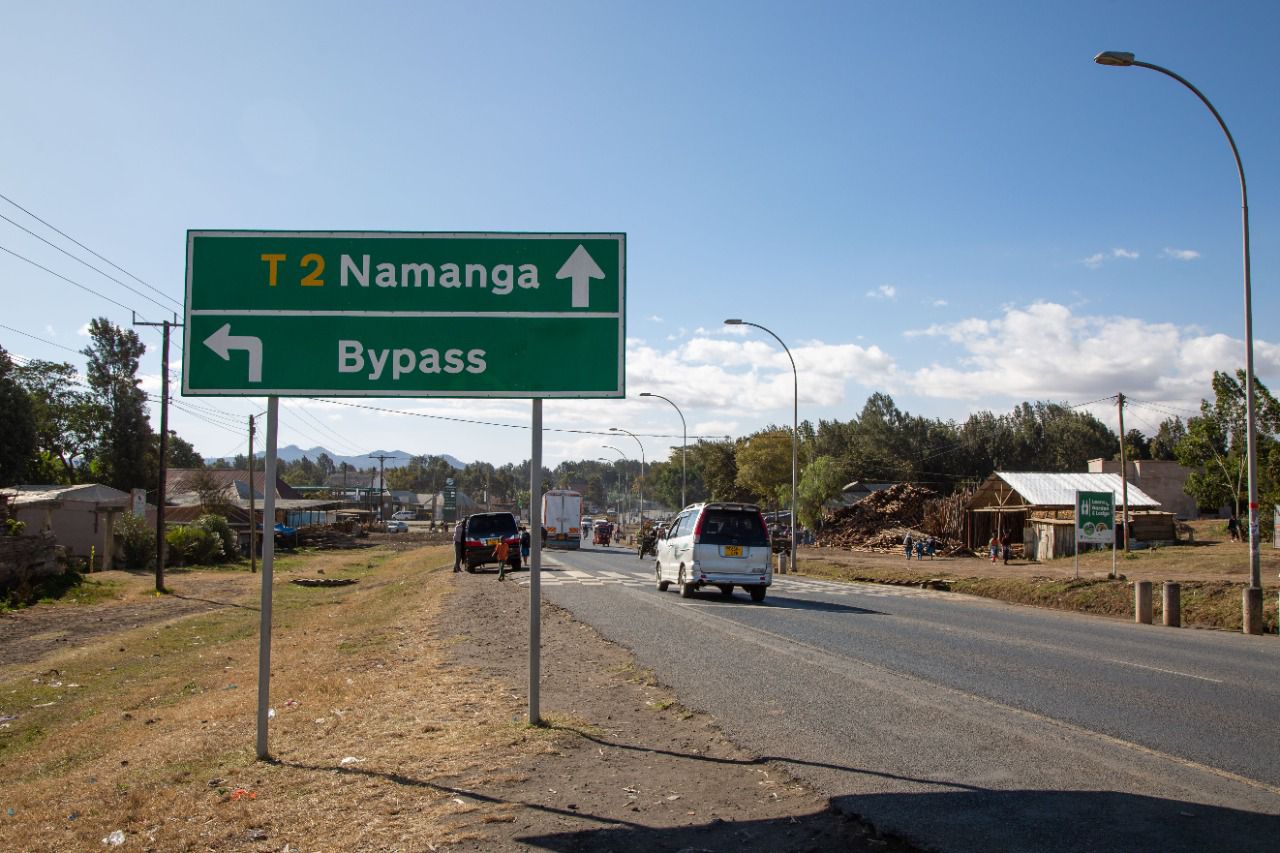 In his remarks, EAC Secretary General Hon. (Dr.) Peter Mathuki said that Africa’s current public expenditure on infrastructure development is estimated at 3.5% of the Gross Domestic Product as compared to 4.7 – 6.5% for developed countries.

Dr. Mathuki said that the region continues ramping up infrastructure investments to narrow its infrastructure gap and enhance intermodal connectivity.

Dr. Mathuki disclosed that the EAC has constructed 13 One Stop Border Posts across the region, all of which are now operational.

“The Community is planning to construct 12 additional OSBPs under Phase II programme. The OSBPs have played a crucial role in facilitating trans-boundary trade by easing border crossing, improving efficiency, including informal trade in our transport corridors,” said the Secretary General.