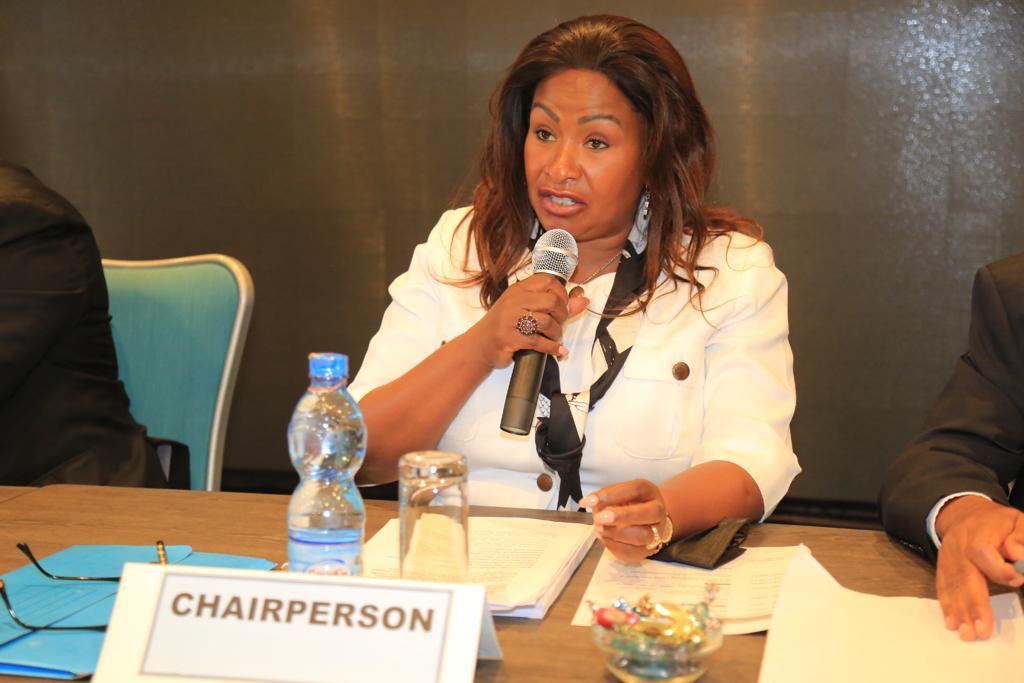 East African Community Headquarters, Arusha, Tanzania, 30th June, 2021: The EAC Sectoral Council on Transport Communications and Meteorology (TCM) has directed the United Republic of Tanzania to adhere to the set date of 30th September, 2021 on the implementation of the EAC Roaming Framework.

The TCM which met in Dar es Salaam, Tanzania further directed the Republic of Burundi to expedite the implementation of the EAC Roaming Framework.

The EAC Roaming Framework or One Network Area was meant to harmonise mobile and data roaming charges across the region and make affordable calls starting from and ending within the region, in addition to enhancing intra-regional trade.

The EAC Secretariat informed the TCM that was chaired by Kenya’s Chief Administrative Secretary in the Ministry of Transport, Infrastructure, Housing, Urban Development and Public Works that the EAC Roaming framework was developed and approved by the 30th Meeting of the Council of Ministers in 2014 and endorsed by the EAC Heads of State in February 2015.

The framework imposed price caps on roaming charges and called for the removal of surcharges on cross-border telecommunications traffic.

So far, the Republics of Kenya, Rwanda, Uganda and South Sudan have implemented the framework. The 16th Sectoral Council on Transport, Communications and Meteorology (TCM) held in June 2019, reiterated its earlier directives to Burundi and Tanzania who had not implemented the EAC Roaming Framework to implement.

On local content, it was agreed that broadcasting stations in Partner States use content of not less than 10% percent made by local independent producers and that foreign content should not be more than 40%.

On ownership, it was agreed that the majority of shares of any broadcasting entity should be owned by locals.

The TCM requested Partner States that had not set up both a converged Ministry and a converged regulatory agency or authority to address Broadcasting and Telecommunications issues, to do so.

On air transport, the TCM directed the Secretariat to request the regional airlines to submit a list of all air ticket charges for review by Partner States.

The meeting, among other things, called for the harmonization of tax regimes in order to avoid possible uncompetitive advantages between the routes and avoidance of double taxation practices as provided by the EAC Agreement on double taxation;

In view of the damaged wrought on the airline industry and allied sectors, the Sectoral Council urged Partner States to enhance support given to airlines and other aviation service providers in view of depressed revenues resulting from the effects of the COVID 19 pandemic worldwide.

On meteorological services, the TCM directed Partner States to continue expanding their RADAR Networks in addition to developing mechanisms for sharing the information (e.g., web portals) to enable early detection and warning of severe weather to reduce the associated economic and human loses;

The Ministers directed Partner States to develop mechanisms for increasing the number of automatic rainfall stations.

Speaking during the opening session of the 17th TCM, the Chairperson Ms. Oduwole said that considerable developments had taken place in the region in the Transport Sector including the development of local and multinational roads, the rapid modernization and expansion of airports, increased route network expansion by national airlines, the on-going development of the Standard Gauge Railway (SGR) network along the Northern and Central corridors, the expansion of seaports, as well as the increase in mobile penetration and related mobile services, among other projects and programmes.

“These requires massive amounts of resources and that in spite of the negative impact on our economies occasioned by the Covid-19 pandemic, the Partner States have remained committed to the implementation of the agreed projects and programmes,” said the Chief Administrative Secretary, adding that infrastructure remains a key development enabler for the growth of EAC economies and the improvement of the standards of living of EAC citizens.

On his part, EAC Deputy Secretary General in charge of Planning and Infrastructure, Eng. Steven Mlote, underscored the importance of infrastructure in economic growth, poverty reduction and attainment of the UN sustainable development goals (SDGs).