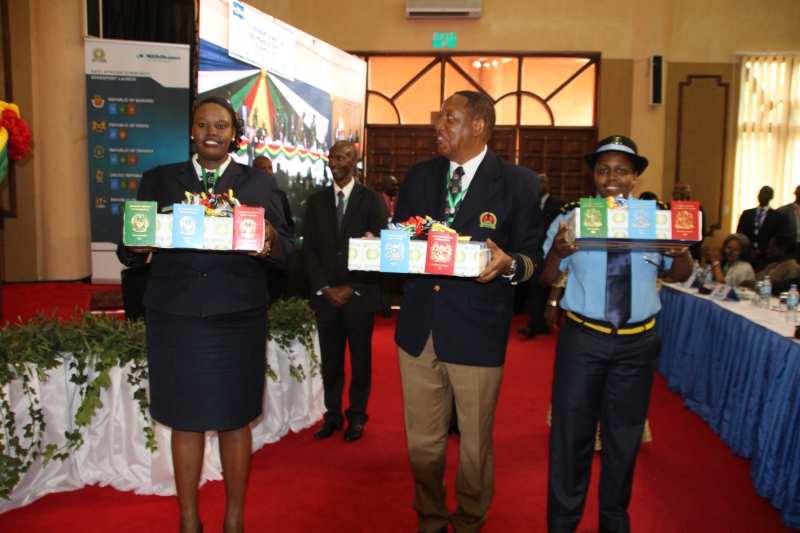 East African Community Secretariat; Arusha, Tanznaia; 07 April 2017:
The 35th EAC Council of Minister’s meeting has directed Partner States to commence issuance the New EA e-Passport by 31st January 2018, after the consideration of the different status of preparedness by the Partner States during their recent meeting in Arusha.

The Council directives came on the backdrop of the 17th Ordinary Summit of the EAC Heads of State directed the Partner States to commence issuance of the New EA e-Passport by 1st January, 2017 and implement the phase out programme for the current machine readable East African and National Passports from 1st January 2017 to 31st December 2018.

According to the 35th EAC Council of Minister’s report, Republic of Burundi reported that through Public Private Partnership (PPP) arrangement had completed the process of procuring the EA e-Passport booklets and is ready to commence issuance by 3rd April 2017.

The Republics of Kenya, Uganda and Rwanda reported to commence issuance of the New International EA e-passport not later than April 2017 while the United Republic of Tanzania will be ready to commence the issuance of EA e–Passport by 1st January 2018.

EA e-Passport is expected to boost free movement of people across the region and it will be in line with implementation of the Common Market protocol which guaranteed the right to move between countries in East Africa.

The standard international e-Passport will have a chip that holds the same information that is printed on the passport’s data page, the holder’s name, date of birth, and other biographic information. It will also contains a biometric identifier and have a digital photograph of the holder and security features to prevent unauthorised reading or “scanning” of data stored.

The new EAC travel document will come in red, green and sky blue —the colours of the EAC flag — but with text and national emblems, in gold to complete its face.The colour of the passport will depend on categories. For instance, EAC diplomats will carry a passport that is red in colour, green for officials and sky blue for ordinary people.

The outer front cover will have the words ‘East African Community’ in gold on top and below the name of the issuing Partner States will be pasted.