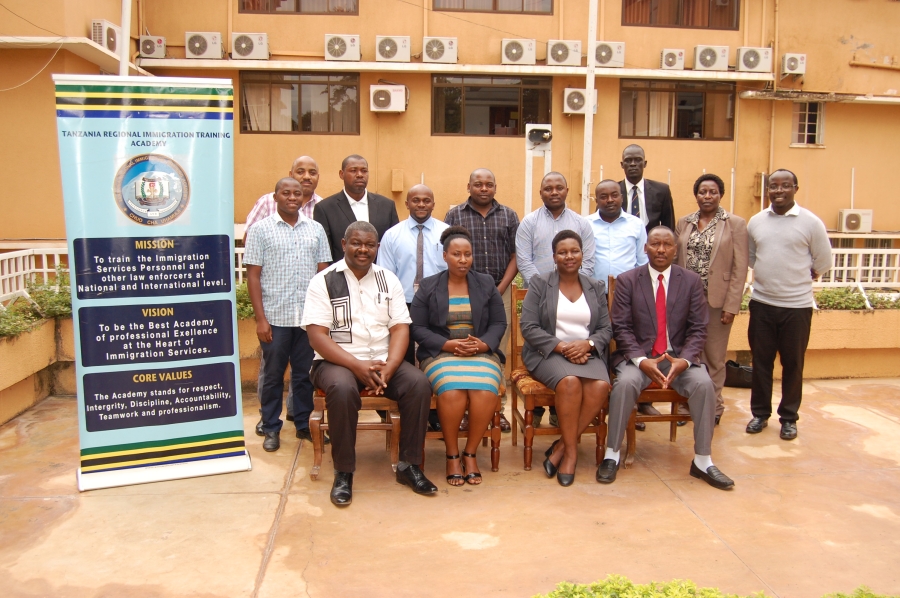 The workshop was targeted at enhancing knowledge and skills of the officers with a view to boosting their capacity to implement the EAC Common Market Protocol and other border management related matters.

The specific objectives of the training were to give the the Immigration and Labour Officers opportunities to interact  and share experiences on the implementation of the EAC Common Market Protocol provisions of Free Movement of Persons and Labour; acquire knowledge and awareness on the operationalisation of EAC One Stop Borders Posts Act, 2016, and; enhance their knowledge of EAC Peace and Security Initiatives and measures to combat transnational crimes.

The ToT workshop further sought to enhance the officers appreciation of the role of border management agencies in facilitating the growth of the Private Sector and Investment Promotion in addition to acquiring knowledge on detecting fraud in travel documents, and security of documents and investigations.

In view of budgetary constraints, the training will be arranged in a phased manner and conducted in all Partner States instead of transporting and facilitating participants to TRITA, Moshi, and this new approach, would target more participants, who will later train others in their respective Partner States.

Speaking at the workshop, the EAC Principal Labour and Employment Officer, Mr. Stephen Niyonzima, said that the training of Immigration and Labour Officers was critical in as far as building capacity of the officers is concerned.

Niyonzima added that in the public service officers were transferable while others, retire and therefore, the provision of regular training was necessary to promote efficiency and effectiveness in the management of the free movement of persons and labour in the Community.

The scope of the presentations at the training focused on the role of immigration, labour, examination of travel documents, fraud detection, private sector and investment promotion and labour migration and development.