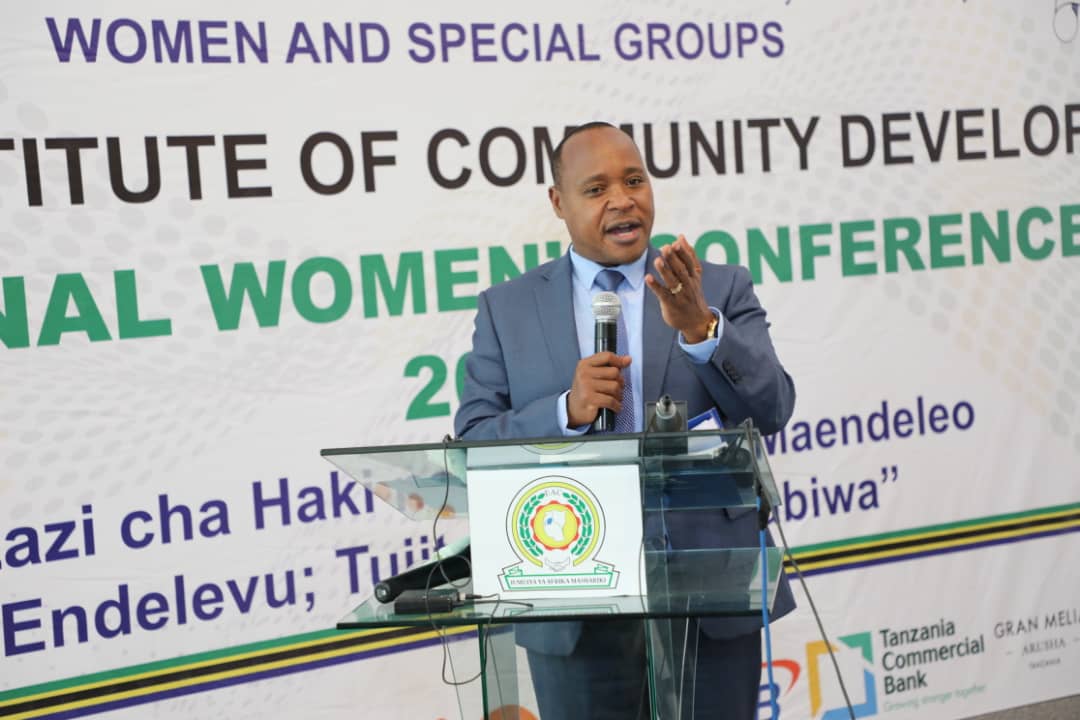 Dr. Mathuki made a statement earlier today during the opening session of an Annual Women’s Conference organized by EAC Secretariat in collaboration with the Tengeru Institute of Community Development as part of the 2022 International Women’s Day celebrations.

“We need to include women as active participants in decision-making at both the national and regional levels. The purpose of this is to ensure that decisions are inclusive and reflect the desires of the entire population,” said Dr. Mathuki

“I wish to say that women alone cannot achieve Gender Equality; it requires a strong commitment by all of us,” he added.

“As a country, Tanzania has registered many achievements, these include policies and initiatives aimed at supporting and promoting women’s economic empowerment, women leadership, access to basic social services, as well as a review of discriminatory legislation. This demonstrates the Government’s strong commitment towards furthering gender equality and women’s empowerment”, said Hon. Dr. Manju.

The Deputy Permanent Secretary called upon Partner States to ensure that women truly have equal opportunities to own land and property, to engage in decent work, and to promote better sharing of unpaid care work. “We need to overcome persistent challenges so that we finally attain 50/50 representation in leadership spaces, to intensify efforts to prevent violence against women and girls,” he added.

The theme recognises the contribution of women and girls around the world, who are leading the charge on climate change adaptation, mitigation, and response, to build a more sustainable future for all

The two-day conference has brought together stakeholders representing Civil Society Organizations and Private Sector Bodies, the Tengeru Institute of Community Development, UNWomen and other Development Partners, the East Africa Youth Network, Women’s Groups and Associations, and Students from the region.