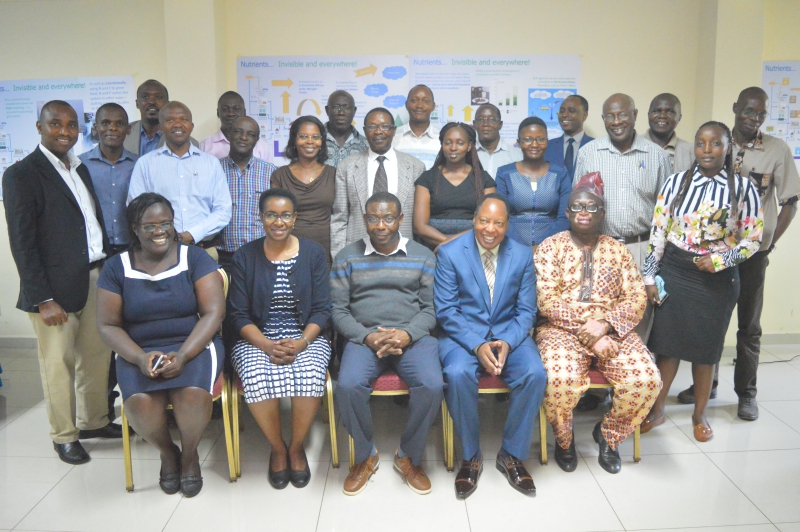 Scientists to Harness Nitrogen for Productivity in Lake Victoria Basin

The meeting which started on 5th and ended 6th March 2019 at Imperial Express Hotel, Kisumu, Republic of Kenya was guided by two objectives—to come up with a set of recommendations for good nitrogen management strategies for East Africa Demonstration Sites and enable participants appraise and familiarize themselves with barriers of achieving sustainable nitrogen management in Lake Victoria Basin and potential options to overcome identified barriers.

In the two days Conference, scientists and LVBC team sought to respond to among other paradoxes: responding to ‘too much-too little nitrogen paradox,’ bridging science-policy gaps and reconciling sophistication inherent in science research products and simplification of messages to the benefit of over 45 million citizens of Lake Victoria Basin. Scientists in the meeting resolved to work with specialist communications to not only package messages but to align messages to the most relevant audiences—knowledge consumers. Similar commitments were made on bridging policy-science knowledge gaps in EAC Partner States.

Opening the LVBC Executive Secretary Dr. Ally-Said Matano emphasized balancing too much-too little paradox in the Lake Victoria Basin, hence the need for scientists to investigate practices, policies and existing knowledge on nitrogen at all levels—regional, national and local in East Africa of East Africa.

“Sustainable use of Nitrogen is relevant to Lake Victoria Basin region because 70% (35 millions) of citizens in the wider Lake Victoria derive their livelihoods from agriculture systems. However, there is need to optimize Nitrogen for productivity while reducing environmental threats,” LVBC Executive, Dr. Matano said. The LVBC also shared with scientists the nitrogen loading rate in Lake Victoria and how the water hyacinth derives its survival from higher nitrogen presence in Lake Victoria waters.

Scientists observed that leaving large quantities of fertilizers such animal manure exposed to the sunshine makes valuable nitrogen escape into atmosphere hence contributing to heat waves associated with climate change in some parts of the world.

As the specialized institution of East African Community, LVBC, according to Dr. Matano, regional Industrial and Effluent Treat Standards adopted by the Council of Ministers and implemented by EAC Partner States is an indication of goodwill of policy-makers, but he acknowledged there is still gaps between enactment and implementation of laws and policies at national levels.

According to Dr. Cargele Maso, the partnership between LVBC and INMS provides synergetic opportunities specifically in harnessing science to influence changes in policies, practices and cultures favorable to climate change because of destructive nitrogen in EAC Partner States.

LVBC Executive Secretary noted that the existing partnership between INMS and the LVBC will contribute in positioning Nitrogen Management Strategies in reducing high regret investments and practices such as overfishing, massive cutting of trees, poor farming practices and unregulated industrial discharges in and around Lake Victoria. Scientists prioritized positioning strategic communication at the heart of science as a pathway to achieving the development objectives of EAC partner States.

About the Lake Victoria Basin Commission: