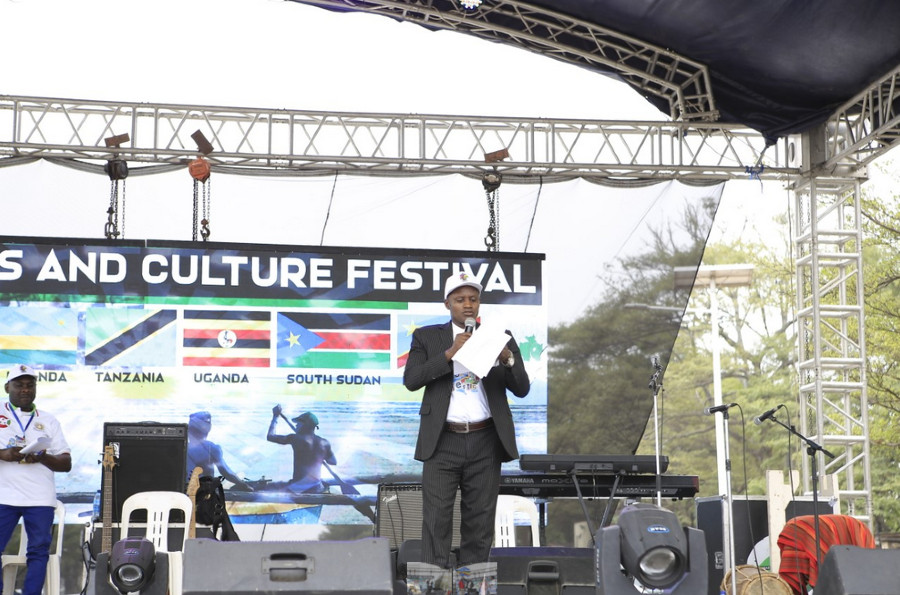 In addition, the festival featured a symposium of culture professionals and researchers to dialogue on selected sub-themes including: Adopting new regional languages in the EAC; Role of modern technologies in advancing cultural expression and arts; Indigenous Knowledge and Traditional Medicine; Arts, Industry and Tourism; Youth Participation and Employment; Research, Innovation and Investment in Arts and Culture, and; Inclusion of Marginalised Populations (indigenous communities, PWDs, Women, Older Persons).

Speaking when he officially closed the festival, Burundi’s Permanent Secretary in Ministry of EAC Affairs, Youth, Sports and Culture, Hon. Mbarubukeye Severin, said that the theme of the 5th Edition of East African Community Arts and Culture Festival: ”Harnessing the Cultural Resources to mitigate the Impact of COVID-19 in the East African Community” was instructive and timely.

Hon. Marubukeye, who represented Burundi’s Minister of EAC Affairs, Youth, Sports and Culture and the Chair of EAC Council of Ministers, Ambassador Ezéchiel Nibigira, urge Partner States to always use JAMAFEST as a platform to showcase the phenomenal rich culture and heritage in region.

“We can all agree that the potential for monetisation of our rich culture and heritage is unparalleled,” said Hon. Severin.

The PS disclosed that the festival had had a significant impact on the lives thousands of Burundians who witnessed cultural diversity in the region.

“We as Burundians are so proud to have you around for the past seven days. I have a strong feeling that you enjoyed being here as much as we enjoyed having you,” said Hon. Mbarubukeye. 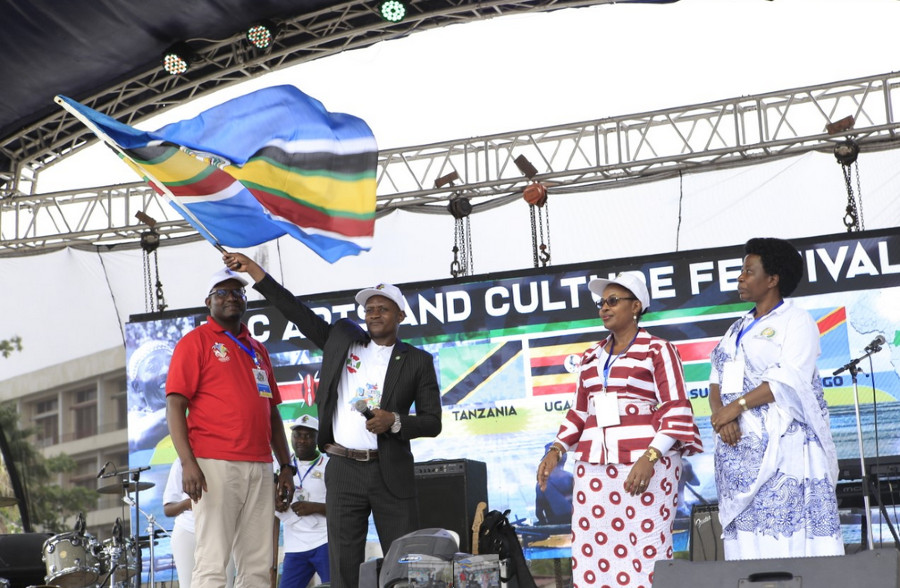 On her part, the Director of Social Sectors at the EAC Secretariat, Dr. Irene Isaka, said the goal of the festival was to bring East Africans together (artists, practitioners, policy makers, traditional custodians of culture, leaders and the ordinary citizens) to interact and share their common cultural heritage through art and culture in order to foster social cohesion and unity amongst the people of the region.

Dr. Isaka, who spoke on behalf of the EAC Secretary General, Hon. (Dr.) Peter Mathuki, said that the goal of East Africans is to work towards a culturally integrated region whose overriding agenda is to promote and celebrate its diverse Cultural Heritage; to improve the living conditions of its people and to facilitate free movement of citizens across borders in fulfilment of the dreams and ambitions of EAC citizens.

“On behalf of the EAC Secretariat, we are delighted to note that with each edition of JAMAFEST, the desired objective of the regional festival is being fulfilled,” said Dr. Isaka.

Dr. Isaka commended the youth from all the Partner States who participated wholeheartedly in the festival, adding that the youth put forward their best performances right from the opening ceremony especially a thrilling performance by an acrobatic troupe from the United Republic of Tanzania and the young drummers from Burundi.

The main objective of the festival that was organised by the EAC Secretariat in collaboration with the government of Burundi, was to promote regional socio-cultural integration through arts and culture by providing a regional platform to showcase culture as a prime driver of EAC integration.

The 20th Meeting of the EAC Council of Ministers held in March 2010 and the subsequent 23rd Council of Ministers Meeting held in September 2011, directed the EAC Secretariat to organise regular EAC Arts and Culture Festival in the EAC Partner States on rotational basis.

Pursuant to the Directive, the 1st Edition of the festival dubbed EAC Arts and Culture Festival in Kiswahili “Jumuiya ya Afrika Mashariki Utamaduni Festival (JAMAFEST)” was held in February 2013 in Kigali, Rwanda and attracted an audience of over 17,500.

The 2nd Edition of the festival dubbed -Jumuiya ya Afrika Mashariki Utamaduni Festival (JAMAFEST) was held from 2nd to 9th August, 2015 in Nairobi, Kenya and attracted an audience of 1,060 participants from the five Partner States. Over 61,000 people took part in the JAMAFEST Carnival on Monday 3rd September, 2015 with at least 21,000 guests visiting the JAMAFEST village during the seven days.

The 3rd Edition of the Festival took place from 7th – 15th September, 2017 in Kampala, Uganda under the theme; “Culture and Creative Industries: the engine for Unity and Employment Creation.”  Over 30,000 people participated in the festival held at the Kololo Independence Grounds and other subsidiary venues.

The 4th Edition of the EAC JAMAFEST was held in Dar es Salaam, United Republic of Tanzania, under the theme “Cultural Diversity: A key driver to Regional Integration, Economic Growth and Promotion of Tourism,” from 21st to 28th  September, 2019 attracting more than 40,000 participants to the various venues of the course of the seven days.

At the official closing ceremony in Dar es Salaam, the Republic of Burundi was given the opportunity to host the 5th Edition of JAMAFEST in 2021. Due to the COVID-19 pandemic that restricted travel among Partner States, the festival was postponed to September 2022.