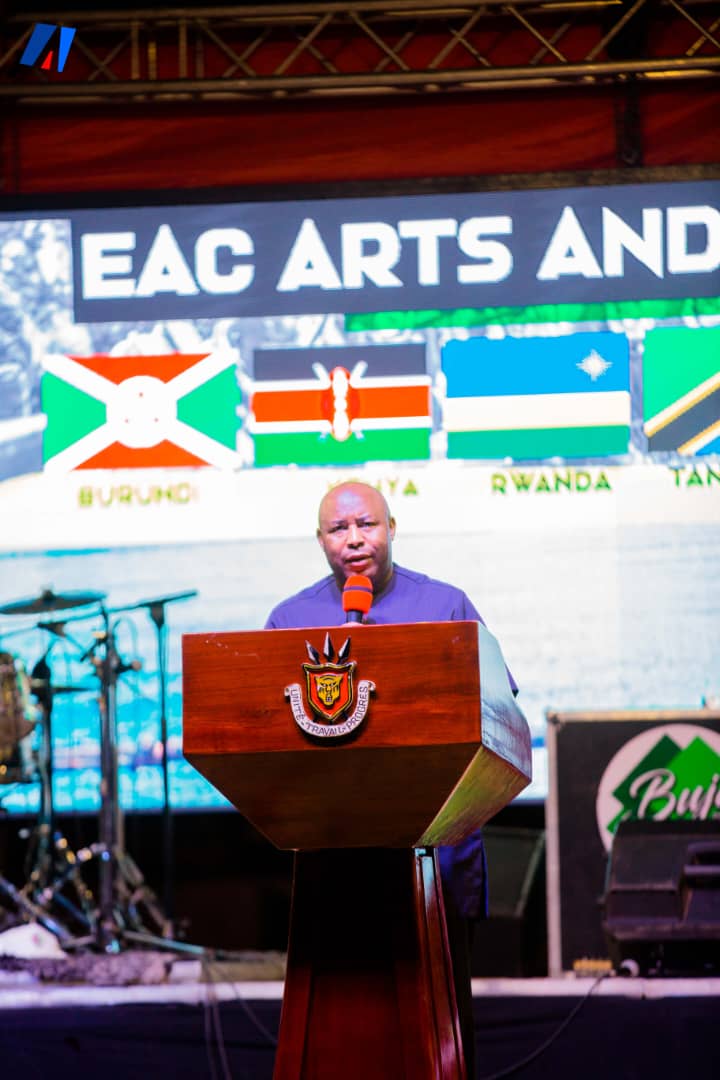 East African Community Headquarters, Arusha, Tanzania, 6th September, 2022: The President of the Republic of Burundi and the Chairperson of the EAC Summit, H.E Evariste Ndayishimiye officiated the opening ceremony of the 5th Edition of the East African Community (EAC) Arts and Culture Festival (Jumuiya ya Afrika Mashariki Utamaduni Festival - JAMAFEST) at the Intwari Stadium on Monday 5th  September, 2022.

“I would like to point out, that Culture and creative industries is one of the sectors that the East African Community region is looking at in creating more employment opportunities especially for the youth,” said the President. 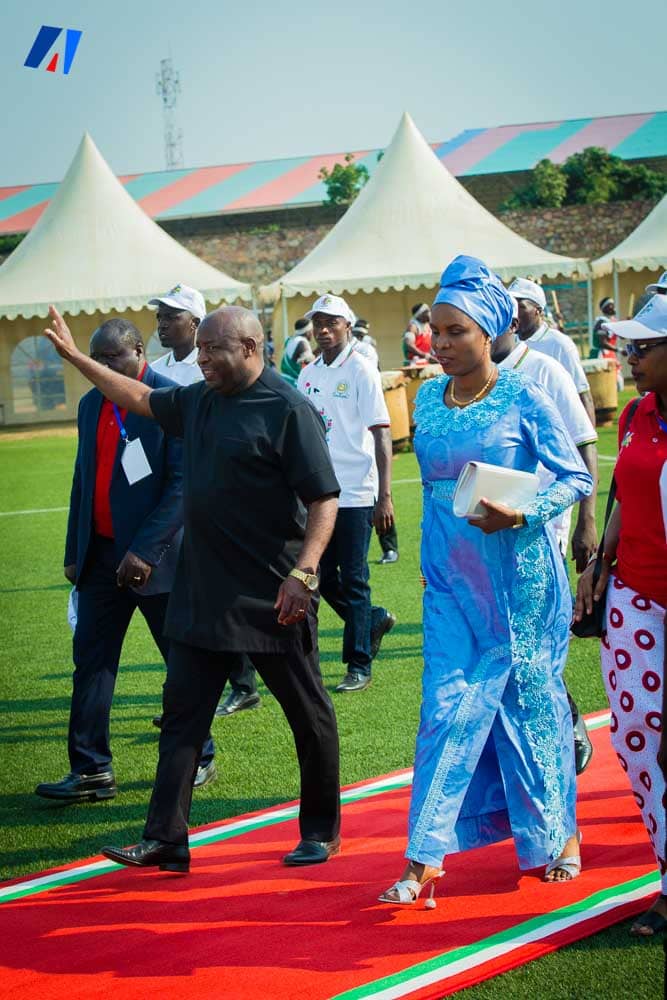 President Ndayishimiye reiterated that culture is an important part of every society’s development process, noting that taking into account economic and social factors only without paying attention to the cultural perspectives prove unsustainable in the long term.

In addition, the Head of State held that cultural expression aides in fostering respect and understanding between individuals and groups with different identities, thereby helping resolve as well as prevent conflict and consequently enhances collaboration and relationships.

“I really appreciate the significance of coming together to interact and share experiences meant to foster social cohesion and unity within the East African Community region,” he added.

The President challenged the Partner States to use platforms such as JAMAFEST to showcase their creative industries, and share best practices, thus opening practitioners’ new horizons on the regional and global culture and creative industry market.

Addressing the same occasion, Minister for East African Community, Youth, Sports and Culture, who  also doubles as  the Chairperson of the EAC Council of Ministers, Ambassador Dr. Ezéchiel Nibigira said the theme of the 5th edition of JAMAFEST: “Harnessing the Cultural esources to mitigate the impact of Covid-19 in the East African Community”,  is indicative of the region’s determination to exploit natural resources towards recovery from the COVID-19 pandemic.

The Minister said by including culture in regional integration programmes in a more systematic manner, the East African Community can make full use of this cost-efficient tool to widen and deepen the integration process.

“I am confident that cohesion among East African citizens will be a reality, thus, the region shall achieve its vision to be united as one people having a common destiny,” said the Minister. 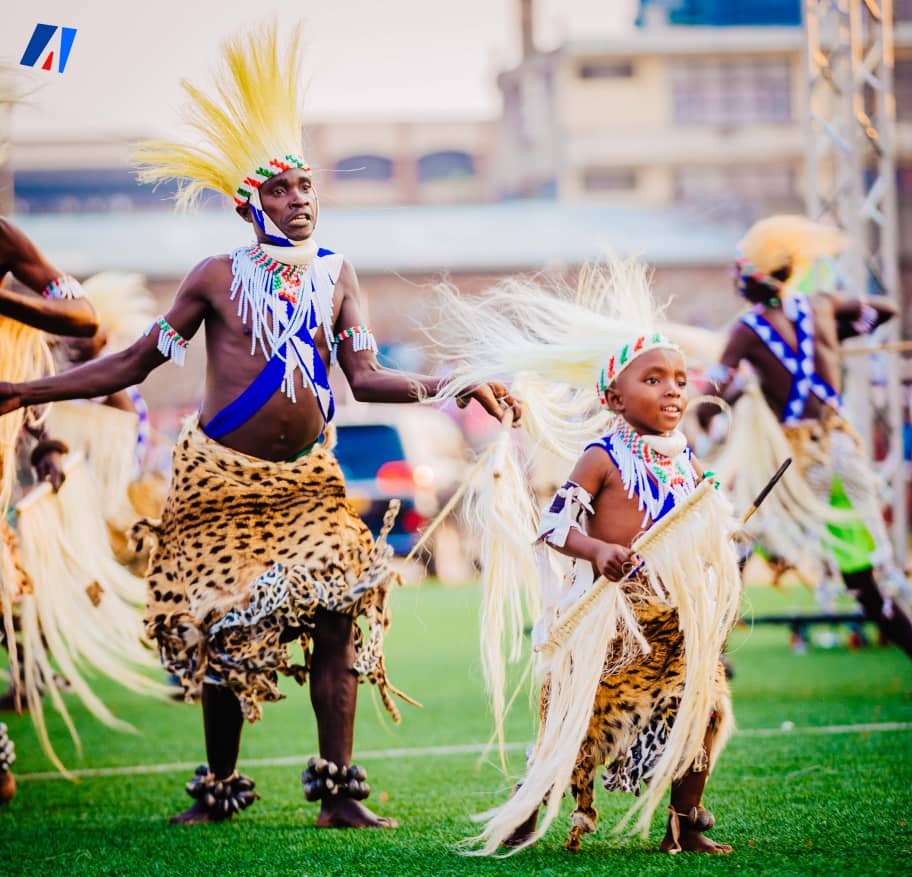 On his part, EAC Deputy Secretary General in charge of Productive and Social Sectors, Hon Christophe Bazivamo, noted that in December 2021 International Finance Corporation projected that the creative economy would reach a global value of USD985 billion by 2023, and could represent 10% of the global GDP.

He informed participants that according to the United Nations Conference on Trade and Development (UNCTAD) report on Creative Economy (2018), the global market of cultural goods and services had doubled from USD208 billion in 2002 to USD509 billion in 2015.

Hon Bazivamo said that there is no doubt that with the abundancy of creative talent and rich cultural assets in the EAC Partner States, there is an enormous opportunity to harness the economic potential of culture and creative industry to promote economic growth, employment creation, social inclusion and export earnings.

On her part, Lady Justice Anita Mugeni of the East African Court of Justice, on behalf of the Judge President, Hon Justice Nestor Kayobera commended the Partner States for realizing the purpose of arts and culture festivals as a primary driver of regional integration and sustainable development.

“This is a great opportunity to appreciate and embrace one another’s culture and identify common grounds that unite us as East Africans. These are the fruits of integration and together we will go far and remain stronger as a region,” she noted. 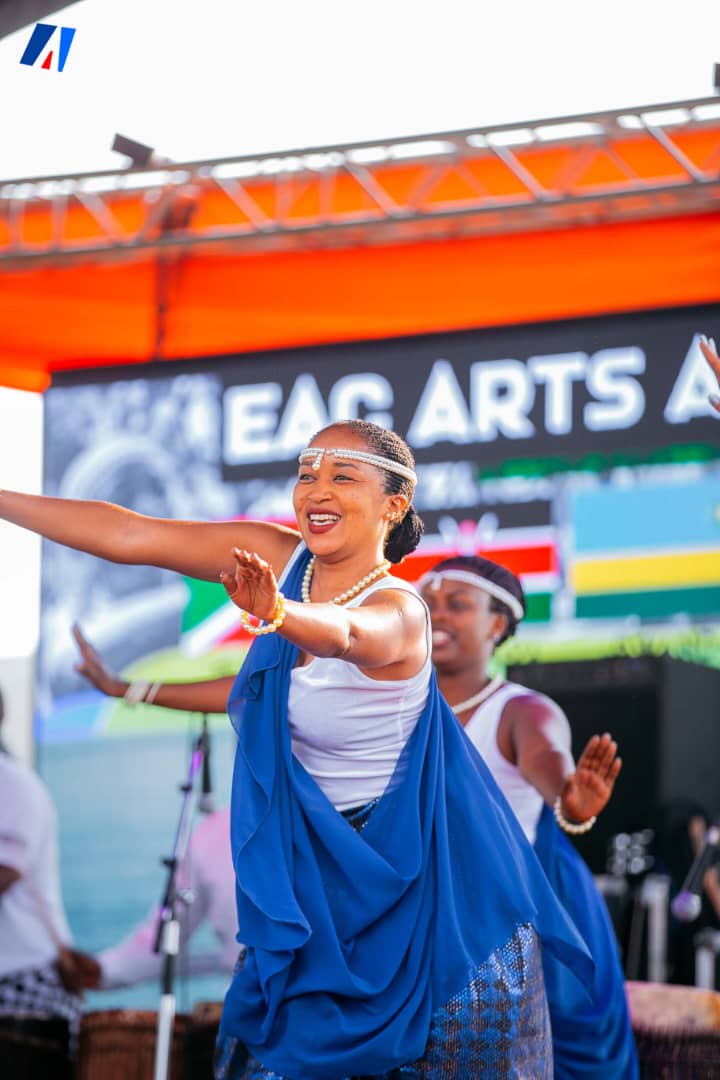 The main objective of the festival, organized by the EAC Secretariat in collaboration with the government of Burundi is to promote regional socio-cultural integration through arts and culture by providing a regional platform to showcase culture as a prime driver of EAC integration.

Also in attendance during the ceremony where Her Excellency Angeline Ndayishimiye, First Lady of Burundi; H.E Prosper Bazombanza, Vice President of Burundi; H.E Alain-Guillaume Bunyoni, Prime Minister of Burundi; Ministers and other Officials of the Government of Burundi; Eng. Steven Mlote, EAC Deputy Secreraty General in charge of Planning, Infrastructure, Finance and Administration; as well as members of the diplomatic corps

The Jamafest is being held within the provision of Article 119 (c) of the Treaty for the Establishment of EAC where Partner States undertake to promote close cooperation amongst themselves in culture and sports.