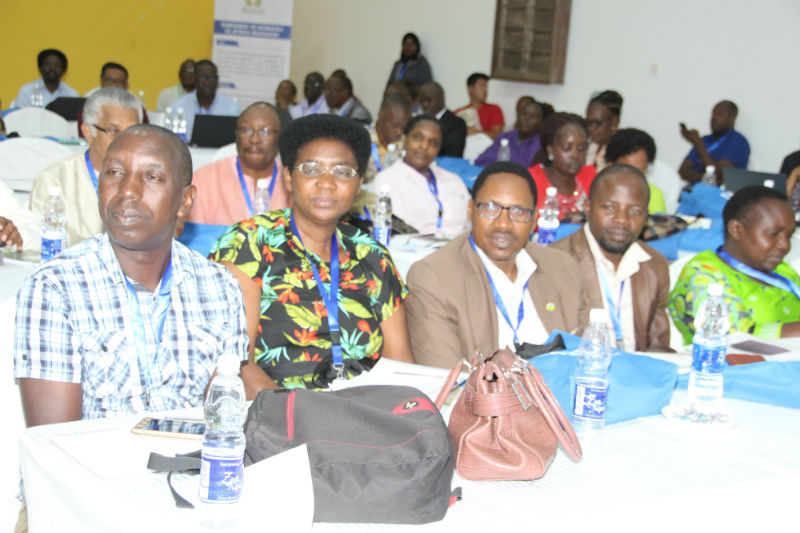 The Uganda’s 2nd Deputy Prime Minister, Minister of EAC Affairs and Chairperson of the EAC Council of Ministers, Rt Hon. Kirunda Ali Kivejinja,  has reiterated the need for Kiswahili to be mass oriented and used as a tool for integrating the people of East Africa.

Rt Hon. Kivejinja said that it is only through the use of Kiswahili as a tool for integration that the region shall achieve the provision of Article 137 (2) of the Treaty for the Establishment of the EAC, that provides for Kiswahili  to be developed as a lingua franca of the Community.

The Minister, who was speaking at the closing ceremony of the East African Kiswahili Commission (EAKC) 1st International Conference in Zanzibar, Tanzania, said it was important that the language is made as simple and adoptive from the East African indigenous languages for ownership by a large section of the EAC population.

Rt Hon. Kivejinja underscored the commitment of the Community's leadership in implementing the Sustainable Development Goals (SDGs) and tasked the EACK to generate proposals on how Kiswahili can be used in the achievement of these goals. " I would like to therefore pledge the commitment of the Council of Ministers in taking forward the Conference resolutions. We appreciate the progress being made by the Commission and will continue to guide and enable it execute its mandate," he added.

The Minister noted that with more than 120 different ethnic groups in Tanzania, Kiswahili was the most efficient and effective integration tool. "I would like to pay tribute to the founders of Tanzania for discovering an important tool in the foundation of the nation," added Rt Hon. Kivejinja.

The EAKC Executive Secretary, Prof. Kenneth Simala informed the participants of the Conference that the Commission was working closely with regional Kiswahili associations in a bid to harmonize the activities of these association. He added that various activities are underway towards the implementation of Kiswahili as an official language of the EAC.

Convened from 6th to 8th September, 2017 at the Golden Tulip Boutique Hotel in Zanzibar, the Conference has brought together Kiswahili stakeholders from the region and beyond to deliberate on how the development and use of the language can creatively be used in deepening and widening EAC integration and contribute towards the realization of sustainable development in the region.

The Conference concludes today with an excursion to various historical and tourist sites in Zanzibar.

About the East African Kiswahili Commission: