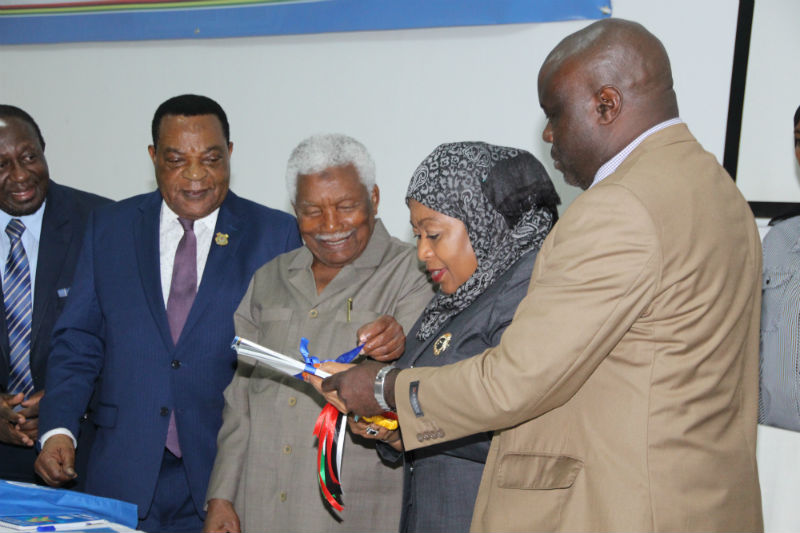 The Vice President of the United Republic of Tanzania, H.E. Samila Suluhu Hassan, has underscored the importance of the Kiswahili language in promoting development and regional integration in East Africa.

Ms. Hassan said Kiswahili has immense potential to unite the people of East Africa and should therefore be embraced by all East Africans as the lingua franca of the region, adding that the language could be an important tool in the pursuit of economic and social development in the region.

"It is my hope that the East African Kiswahili Commission will aid us in ensuring that the people of East Africa are not mere receivers of strategies for development, but active agents for change. Kiswahili should be promoted and used to enhance our ability to steer the development efforts," said the Vice President.

Vice President Hassan disclosed that the United Republic of Tanzania would work with other East African Community (EAC) Partner States to promote Kiswahili as the lingua franca of the Community.

"Tanzania shall continue standing at the forefront of the promotion of Kiswahili, and is ready and willing to provide Kiswahili teachers to the rest of the region," said the Vice President.

Convened from 6th to 8th September, 2017 at the Golden Tulip Botique Hotel in Zanzibar, the Conference has brought together Kiswahili stakeholders from the region and beyond to deliberate on how the development and use of the language can creatively be used in deepening and widening EAC integration and contribute towards the realization of sustainable development in the region.

In his remarks, the Secretary General of the EAC, Amb. Liberat Mfumukeko, said that the Commission was held in high regard and considered an integral and important institution of the Community.

"I would like to wish that existing cooperation between the Commission, the EAC Secretariat, and other EAC Organs and Institutions is intensified in all areas so as to use Kiswahili in ensuring active citizen participation in the development agenda of the Community," said Amb. Mfumukeko.

"There is no doubt that Kiswahili is an important ingredient in the integration and sustainable development of the EAC. It is for this reason that Article 137 of the EAC Treaty recognizes its importance as a lingua franca. In an effort to give Kiswahili the force that it deserves to drive development in the Community, the East African Legislative Assembly in July 2016 resolved to make it one of the Official Languages of the Community. We promise that the Secretariat will do what it takes to ensure that this desire is realized," added Amb. Mfumukeko.

Welcoming delegates to the Conference, the EAKC Executive Secretary , Prof. Kenneth Simala, said that the development of Kiswahili will provide the Community with an opportunity to survive and thrive in an ever-changing environment, characterized by innovation and transformation.

"We have convened this Conference in Zanzibar in an effort to appreciate and acknowledge the critical role that Zanzibar has played in the development of Kiwswahili not only in East Africa but worldwide. We can not talk about the history of Kiswahili without acknowledging the role played by Zanzibar," said Prof. Simala.

The EAKC's 1st Internatinal Conference was marked with the official opening of the Commission's offices along Maisara Road in Stone Town, Zanzibar. Also launched was the Commission's Strategic Plan 2017 - 2022 which was developed in line with the aspirations of the EAC's Vision 2050 and the African Union Agenda 2063.