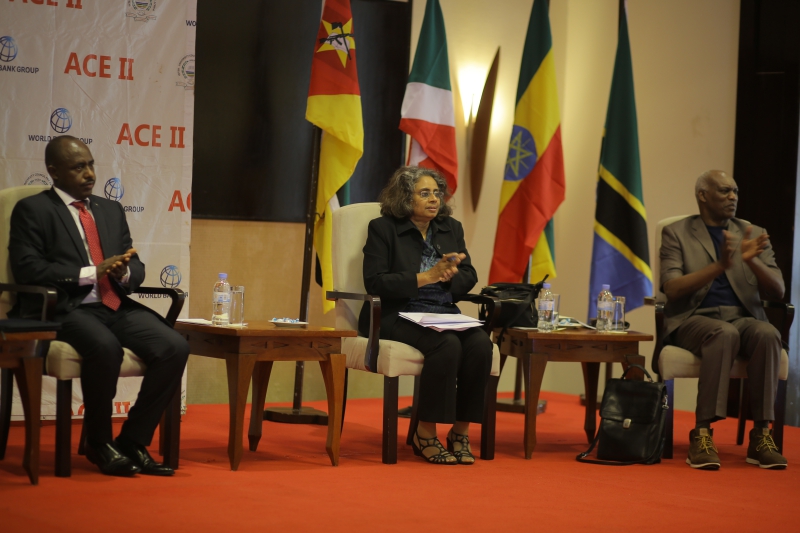 Kigali, November 12, 2018 - The Eastern and Southern Africa Higher Education Centers of Excellence Project (ACE II) is holding its sixth Technical and Advisory meeting at the Serena Hotel in Kigali, Rwanda, from November 12th to 14th, 2018. The ACE II project is strengthening 24 competitively selected Africa Centers of Excellence (ACEs) to deliver quality, market relevant post graduate education, and building collaborative research capacity in five regional priority areas of industry, agriculture, health, education and applied statistics. Sixteen universities in eight countries are participating in the ACE II Project. The five year project is financed by the World Bank to a tune of $140 million in form of credit to the eight countries which include Ethiopia, Kenya, Malawi, Mozambique, Rwanda, Tanzania, Uganda, and Zambia. Burundi, which does not host any ACE, is eligible to access services offered by the ACEs in other countries and regional capacity-building activities under the project.

The first phase, ACE I, was launched in 2013 in West and Central Africa with 22 ACEs and the second phase in Eastern and Southern Africa with 24 ACEs so as to create a collaborative movement across the continent to steer higher education towards science and technology. Combined, ACE I, ACE II and ACE III projects have a total investment of $600 million.

The Minister of Education, Republic of Rwanda, Hon. Dr. Eugene Mutimura expressed his passion for the ACE II project “because of the potential benefits and outcomes we expect this project to bring to the region.”

“It would be good to think about regional integration in terms of developing human capital resource required for our region as a bloc,” said Hon. Mutimura.

Prof. Alexandre Lyambabaje, the Executive Secretary of Inter-University Council for East Africa (IUCEA), the Regional Facilitation Unit of ACE II, said that the main aim of countries joining the ACE II Project was to create a conducive environment for training highly skilled and competent scientists at Masters and PhD degree levels in identified key strategic areas.

Prof. Alexandre Lyambabaje, the Executive Secretary of Inter-University Council for East Africa (IUCEA), the Regional Facilitation Unit of ACE II, said that the main aim of countries joining the ACE II Project was to create a conducive environment for training highly skilled and competent scientists at Masters and PhD degree levels in identified key strategic areas.

“Trained scientists are expected to help address the huge deficit of qualified human resources in higher learning institutions in the region and provide high level expertise to our industries, private sector and public sector,” he said. He added, “I am confident that ACEs will produce great scientific results out of their research activities.” He disclosed that IUCEA and the World Bank are in the process of establishing “Regional Incubators”. “The Centers that will host the Regional incubators will be selected competitively before end of the first quarter of the year 2019,” he said.

“By 2040 our estimation shows that about 85% of the world’s young people will be in Sub Saharan Africa. It is important that a good proportion of these young people have high quality higher education and that there is a critical mass of highly qualified scientists and engineers and technologists who can adapt, assimilate and adopt technologies and also create new technologies to address the challenges of Africa,” she said. “I hope that this project and the other initiatives will make a contribution to equipping these young people and motivating them to contributing to Africa’s transformation.”

As with the other ACEs, the funds will be used to develop new programs, expand enrollment, provide world class research facilities, build capacity among faculty and strengthen partnerships with leading regional and global institutions as well as the private sector. For example ACEESD has established a state of the art micro-grid research laboratory and a high performance energy computing unit. The Center will also work with the private sector for curriculum development, student internships and manufacturing of components for its micro grid systems.

Over the project’s duration of five years, the 24 ACEs are expected to enroll more than 3,500 graduate students in the regional development priority areas, out of which at least 700 would be PhD students and more than 1,000 would be female. By the end of the project in 2022 it is envisioned that the centers will have developed sufficient capacity to become sustainable regional hubs for training and research in their specialized fields.