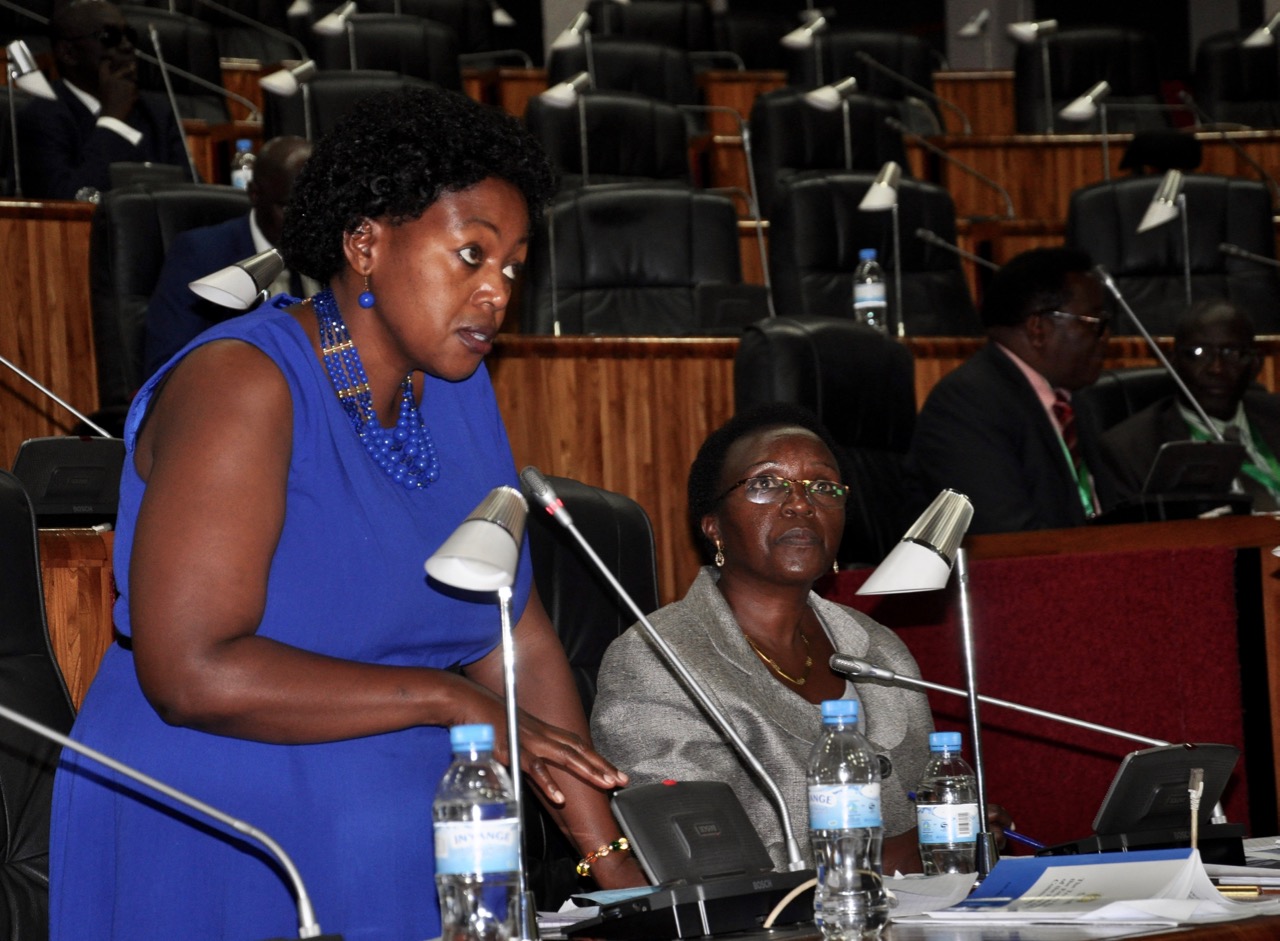 East African Legislative Assembly; Kigali, Rwanda; 08 March 2017:
Today is the International Women’s Day. As the globe came together to commemorate the day under the theme; “Be Bold for Change”, EALA legislators sitting in Kigali, Rwanda prized the region with passage of the EAC Gender Equality, Equity and Development Bill, 2016 as the House resumed.

The EAC Gender Equality, Equity and Development Bill, 2016, whose mover is Hon. Nancy Abisai makes provision for gender equality, equity, protection and development in the Community. The Treaty for the Establishment of the EAC in Article 121 recognises the significant contribution that women make towards progress of socio-economic transformation and sustainable growth and the importance of full participation of women and men in the economic and social development of the Partner States.

The Bill contends that whereas the Partner States recognize the importance of gender equality and have developed programmes and enacted legislation in this pursuit, these efforts are at different levels and contain differences particular to each Partner State. As a result, gender initiatives affect women, men and children differently across the East African Community.

The passage of the Bill whose debate started yesterday, followed the successful 2nd Reading and 3rd Reading. The Bill was preceded by a presentation of the Report of the Committee on General Purpose on the public hearings held in the Partner States. Chairperson of the Committee, Hon. Dr Odette Nyiramilimo presented the report in the House.

During the Public Hearings, stakeholders in Republic of Kenya welcomed the EAC Gender Equality and Development Bill, 2016, stating it would give effect to the Treaty for the Establishment of the East African Community and the African Charter on Human and Peoples’ Rights. In the spirit of the EAC, the Bill should propose programmes and policies that would curb cross border practices of FGM in a bid to eradicate the practice and adopt a mutual assistance strategy.

In Uganda, stakeholders called for broadening of the terms with regards to affirmative action including that around deliberate actions and initiatives in favour of marginalized groups, the child as well as issues around discrimination against women.

Republic of Uganda according to the report, states that Governments should have legislations that make it mandatory for all schools to have facilities that are accessible to disabled persons and sanitary facilities that are separate for girls and boys.

In Republic of Burundi, as far as Health sector is concerned, the Bill is considered helpful since it serves to strengthen the policies already put in place by the Government of the Republic of Burundi even though a law governing gender equality is not yet enacted.

In the United Republic of Tanzania, stakeholders recommended the proposed Bill awaits the EAC policy document on Gender Equality and Development in order to align/adhere to the decision of the responsible Sectoral Council.

In Rwanda, stakeholders maintained the importance of addressing Gender based violence, the right to life, dignity, integrity and security of persons at all levels. Towards this end, the Bill expressly prohibits all forms of exploitation, cruel, inhuman or degrading traditional practices. The stakeholders in attendance were also of the view that FGM practices should be prohibited to protect women rights to physical integrity.

In their contributions, Hon AbuBakr Ogle and Hon Abubakar Zein remarked it was necessary for the Bill to be in consonance with respective Partner States’ Constitutions and in line with the Islamic law.

The enacted Bill shall now await assent by the EAC Heads of State.