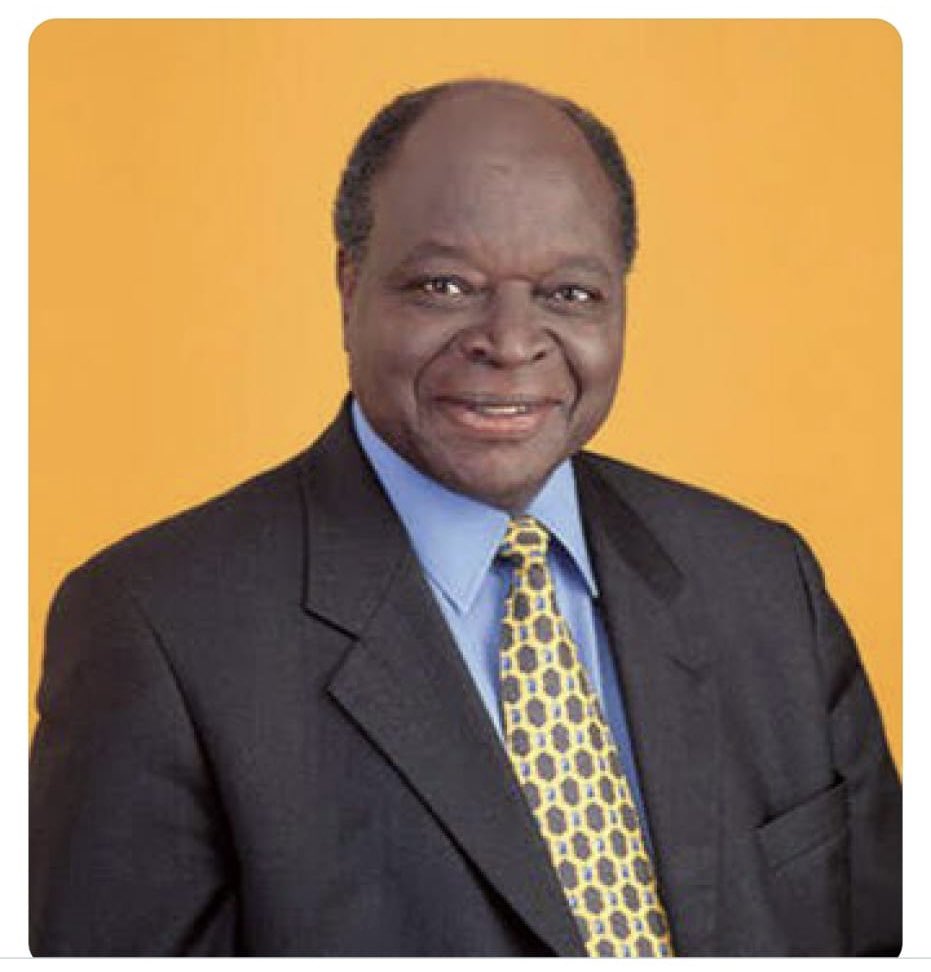 THE DEMISE OF H.E. MWAI KIBAKI, FORMER PRESIDENT OF THE REPUBLIC OF KENYA

East African Community Headquarters, Arusha, Tanzania, 22nd  April,2022; The entire Leadership and Staff at the East African Community have received with great shock and sadness the news of the demise of H.E. Mwai Kibaki, former President of the Republic of Kenya from 2003 to 2013, on Friday, 22nd April, 2022.

H.E. Kibaki was a true East African and pan-Africanist who believed not just in an integrated and prosperous EAC, but in an African continent with seamless trade across its borders stretching from the Cape to the Mediterranean, and from the Indian Ocean to the Atlantic.

The departed Head of State grew up as an East African studying at the University College of East Africa (now Makerere University) after high school in his native Kenya. He would later teach economics briefly at Makerere in the early 1960s before returning to Kenya to take up a position in the independence government.

Mr. Kibaki also served for many years as Kenya’s Minister for Finance and was therefore instrumental in the implementation of economic policy under the first EAC.

As Kenya’s third President, H.E. Kibaki was instrumental in moving forward the agenda of the re-established EAC, signing the Customs Union Protocol in 2005 and the Common Market Protocol in 2009. The Kibaki administration did a lot of preparatory negotiations for the the East African Monetary Union Protocol that was signed in 2013.

The former President believed in the dream of a Political Federation of East Africa with a bigger market that would ensure prosperity for all East Africans.

A key legacy of the departed President is massive infrastructure development including highway linking the Republic of Kenya to her EAC neighbours specifically for purposes of promoting trade and industrialisation. During his tenure as President, H.E. Kibaki also came up with policies that had ramifications in the region and beyond – he oversaw the revitalization of the civil service, spurred both local and foreign direct, investment and rejuvenated economic growth through increase tax revenues. He was a firm believer in coming up with African solutions to African problems.

Aware of the importance of political stability for economic growth and prosperity in Kenya and the African continent at large, President Kibaki midwifed the birth of the new Constitution for Kenya in 2010 to secure the countries gains in the political, economic and socio-cultural sectors.

With the demise of H.E. Kibaki, the Community has therefore lost an illustrious son who believed in and always upheld the ideals of regional integration.

On behalf of the East African Community and on my own behalf, I wish to convey our heartfelt condolences to the immediate family, relatives and friends of the late President and to the Government of the Republic of Kenya. May you draw comfort knowing that EAC cares and shares in your loss.

May the Soul of the Late President Kibaki rest in eternal peace.