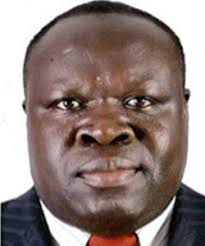 Prior to his appointment as Deputy Secretary General, Hon. Bazivamo was a Member of the East African Legislative Assembly (EALA).  Between 2009 and 2011, Hon. Bazivamo held various Ministerial positions in the Republic of Rwanda, including Minister for Lands, Environment, Forestry, Water and Mines, Minister of Local Government and Minister for Agriculture and Animal Resources among others.

Hon. Bazivamo is an Agricultural Engineer in by profession and holds vast experience as a trainer.

He holds a Masters’ Degree in Social-Economics from the University of Goettingen in Germany.

Hon. Bazivamo worked with a number of NGOs before joining the Public Sector as a Governor and later on as the First Executive Secretary of the Rwandan National Electoral Commission (NEC) from where he was appointed a Minister.