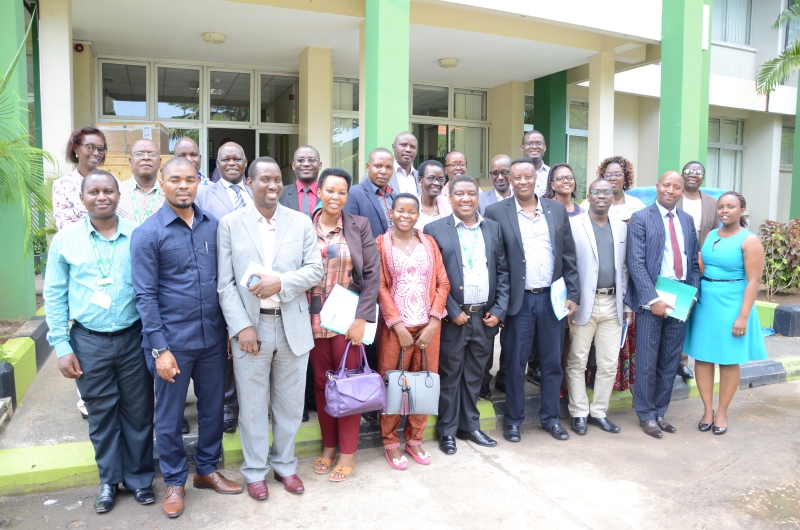 The East African Community Secretariat is facilitating a four-day benchmarking visit for Burundi Parliamentarians to the Tanzania Food and Drug Authority (TFDA) and Ministries responsible for Health, Agriculture, and Trade in the United Republic of Tanzania, as part of the support to Burundi government to enable it fast-track the enactment and implementation of the Burundi National Pharmaceuticals Regulation Law that is currently before the Parliament of Burundi.

The benchmarking visit, which begun on Wednesday 20th December, is also part of the EAC Secretariat’s efforts to enable the Government of Burundi to establish and fully operationalize the Autorite’ Burundaise de Regulation des Medicaments et des Aliments (ABREMA) as public autonomous or semiautonomous body and legally designated to oversee effective regulation of food and medicinal products in the country in accordance to the regional and international best practices.

The study tour was recommended by the Participants who attended a one-day high level National Multi-Stakeholders Advocacy and Sensitization Workshop on strengthening of national pharmaceutical laws and establishment of “autorite nationale de la regulation des medicaments et des aliments (ABREMA)” in the Republic of Burundi, that was held on 7th December 2017 at the Panoramique Hotel in Bujumbura, Burundi.

Participants recommended and requested the EAC Secretariat to organize and facilitate the study tour to enable the Members of the respective Committees in Parliament and technocrats to get find hand experience on the operations of TFDA and the concerned Ministries in regard to enactment and implementation of National Pharmaceutical and Regulation Law.

The 22-Member delegation, is being led by Hon. Felix Niragira, MP and Burundi’s President of Justice and Human Rights Commission, and consists of Members of the Committee on Agriculture, Livestock, Environment and Community Development; Committee on Accounts, Finances, Economic Affairs and Planning; Committee on Justice and Human Rights; Committee on Social Affairs, Repatriation of Refugees, Equality and Fight against AIDS. Others include Technical Experts from the Ministries responsible for Health, Agriculture, Trade/Commerce and the Burundi National Bureau of Standards (BBN).

Addressing the delegation this morning Friday 22nd December, at the Ministry of Health offices in Dodoma, the Deputy Minister of Trade, Industry and Investment, Hon. Eng. Stella Manyanya commended the commitment of the Legislators in the benchmarking visit having driven a long distance from Dar es Salaam and reaching Dodoma past midnight.

She said the implementation of the EAC Council decision by Burundi on the establishment of National Authority responsible for food and drugs will lay an equal play ground for the EAC Partner States in monitoring regulations harmonization, an initiative that the Partner states had worked on for so long.

She said establishment of National Authorities helps to minimize non-tariff barriers (NTBs). “The commitment of the Republic of Burundi to implement the Council decision is a step forward to resolve some of the unnecessary NTBs in the region”, affirmed the Hon. Eng. Stella Manyanya.

At the same occasion, Hon. Felix Niragira, MP and Burundi’s President of Justice and Human Rights Commission, applauded the EAC Secretariat for organizing and facilitating the benchmarking visit and said the visit was very fruitful; and will enable the Burundi Parliamentarians to make informed decision on enacting National Pharmaceuticals Regulation Law that is before Assembly. He said Tanzania was chosen for the benchmarking visit because of it (Tanzania) was a sister Partner State and TFDA was well established with long experience.

At the same function, officials from the Ministries responsible for Health, Agriculture, and Trade shared with the Burundi delegations their various mandates and how they build synergies with TFDA.

The Burundi Parliamentarians could not meet their counterparts because the Tanzania National Parliament was on Christmas and New Year holidays recess.

On Thursday 21st December, the delegation visited the Tanzania Food and Drug Authority Headquarters in Dar es Salaam, where the Ag. Director General, Dr. Danstan Hipolite shared with them the roles and responsibilities of TFDA, its Policies, Legal Framework and Governance Structure, as an Executive Government Agency under the Ministry responsible for Health mandated to control safety, quality and effectiveness food, medicines, cosmetics and medical devices including vitro diagnostics in Tanzania.

The Ag. Director General underscored the milestones of TFDa, that include, among others, being ISO 9001:2008 certified since June 2009 and ISO 9001:2015 (August 2017); putting in place key regulatory systems, processes and procedures; and setting up a WHO Prequalified medicines testing lab since Jan, 2011. TFDA’s Food and Microbiology laboratories were accredited to ISO/IEC 17025:2005 since September 2012 and its HR capacity has increased from 52 in 2003 to the current 293 with seven (7) operational zone/branch offices and inspectors in 10 major ports of entry are some of the milestones.

Earlier, members of the delegation visited Shellys Pharmaceutical Company and were received by the General Manager, Mr. Yajas Ulla, who briefed them on how the Company was operating under the Tanzania Law on Food and Drugs.

The Republic of Burundi is the only Partner State in the Community that has not enacted and implemented strong National Pharmaceutical Laws through the National Parliament and has not established semi-autonomous National Medicines Regulatory Authorities (NMRAs) in order to promote public health and safety as well as facilitate cross-border trade in medicines, health technologies and other medical products, including enhancing local pharmaceutical manufacturing under the EAC Common Market Protocol.

The Republic of Burundi is still lagging behind hence denying the country the benefits of the harmonized EAC Regional Guidelines and Standards for Medicines Evaluation and Registration, Good Manufacturing Practices, Quality Management Systems and Information Management Systems as well the Mutual Reciprocal Recognition and Technical Cooperation with other Partner States and the International Medicines Regulatory Bodies and Agencies.