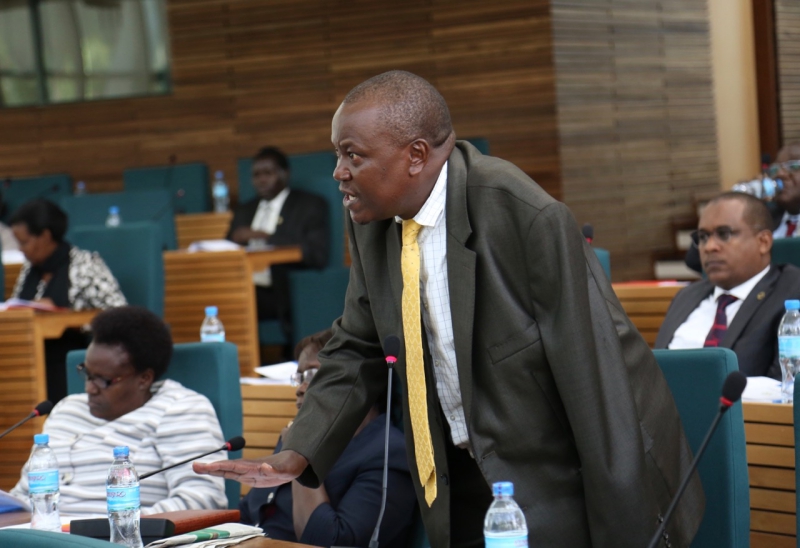 Assembly elects Members to the Commission then adjourns

The Assembly has elected Members to the EALA Commission. The House approved by secret ballot the names of two Commissioners each, from the Republics of Kenya, Uganda, Rwanda, South Sudan and the United Republic of Tanzania in line with the provisions of Section (3)(2) of the Administration of the Assembly Act, 2011 and Rule 83 (1), (2) and (3) of the Rules of Procedure of the EAC. The Motion to constitute the Assembly was moved by Hon Chris Opoka-Okumu. The following were elected and will sit in the EALA Commission for two and a half years.

The nominees of the Republic of Burundi withdrew in writing to the Clerk. The Chair of the EALA Chapter from the United Republic of Tanzania had similarly written to the Clerk requesting to withdraw the names. However, in absence of the withdrawal by the nominees per se, the Speaker therefore ruled that the names be maintained in the list. The election which took place at the EALA Chambers was presided over by the Clerk to the Assembly, Mr Kenneth Madete. There were no spoilt votes.

Prior to dispensing with the activity, the Assembly moved a motion under Rule 30(d) and the corresponding Rule 84(1) on suspension of a rule and in this particular case that on Rule 12 on quorum of the House. The motion was moved by Hon Susan Nakawuki and seconded by Hon Abdikadir Aden. Hon Aden said the motion was well intended as it would allow the House to carry out the important work. Others rising in support were Hon Kennedy Kalonzo, Hon Fatuma Ali and Hon Chris Opoka while Hon Dr Ngwaru Jumanne opposed the motion.