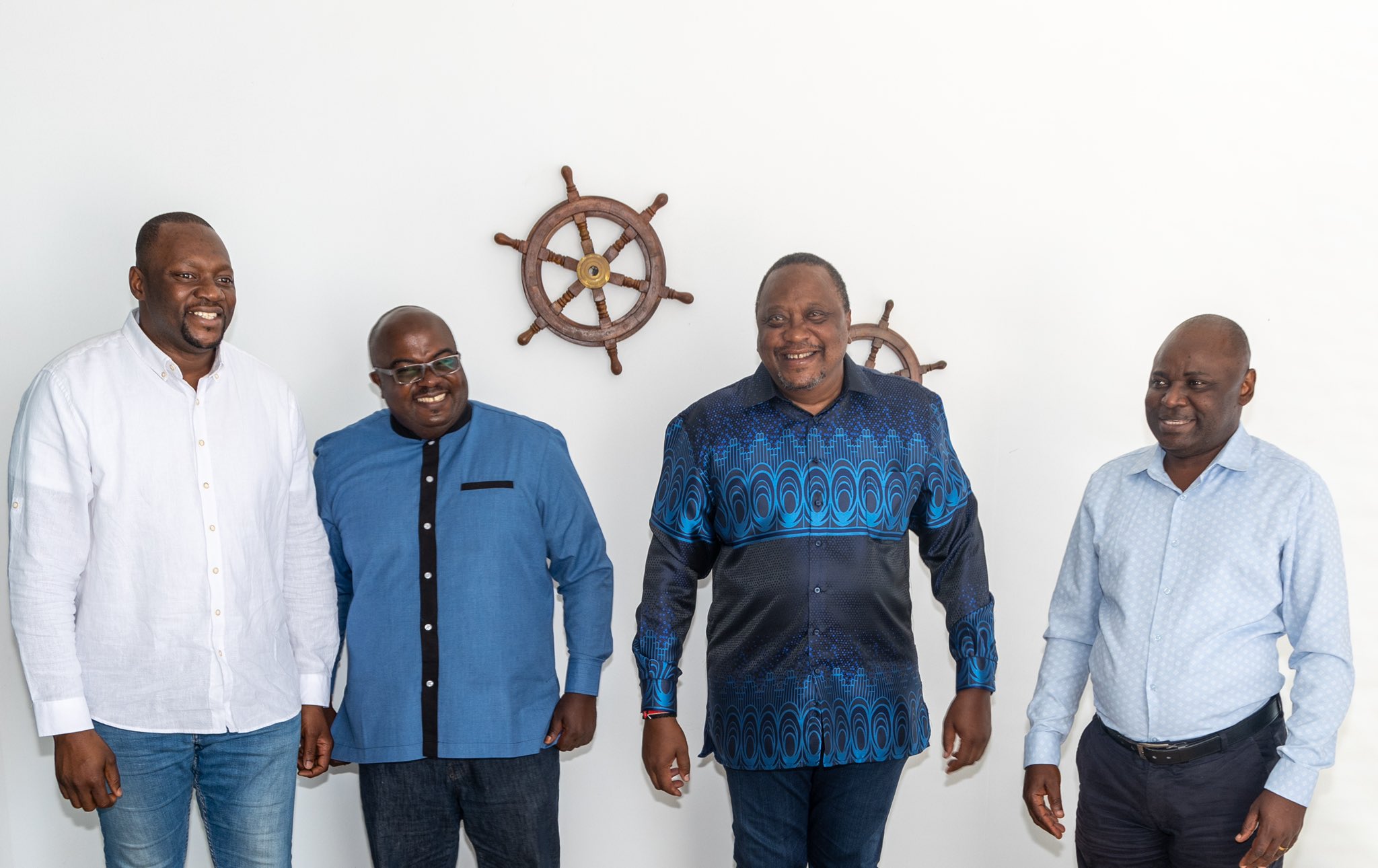 MEETING BETWEEN H.E. UHURU MUIGAI KENYATTA, FORMER PRESIDENT OF THE REPUBLIC OF KENYA AND FACILITATOR OF THE EAC- LED NAIROBI PROCESS AND THE LEADERSHIP OF M-23

The Former President of the Republic of Kenya, His Excellency Uhuru Kenyatta, in his capacity as the Facilitator of the East African Community (EAC), Led- Nairobi Process on restoration of peace in the Eastern region of the Democratic Republic of Congo (DRC), had the occasion to meet with the chairman and senior political & military leaders of the M-23 group, in order to seek to restore peace in Eastern (DRC).

In a demonstration of goodwill and the willingness to work towards the settlement of the situation in North Kivu, the M-23 leaders agreed to continue with an orderly withdrawal and to adhere to a strict cease-fire. They further agreed to continue to respect and cooperate with the East African Regional Force (EARF) that has now begun to take control of the areas vacated by the M-23; a process that is in adherence to the decision of the extraordinary meeting of the EAC Chiefs of General Staff held in Bujumbura on 8'h November 2022.

It was also agreed that the withdrawal process would continue to be verified by both the East African Regional Force and the ICGLR Verification Mechanism, to ensure the safety and swift return of all the displaced citizens and refugees to their homes.

The leaders of the M-23 urged President Kenyatta to assist in assuring that there is safety in the DRC and that citizen rights are upheld and recognized and that all the local and foreign armed groups fighting in eastern DRC also lay down their arms, cease any fighting or attacks on the M-23 and seek resolution of the conflict through peaceful means.

The meeting noted that the situation in North Kivu, which was the most volatile in the conflict in the entire eastern DRC, had achieved progress with increased stability and security over the past four weeks. Many people who had been previously displaced had now begun to return to their homes. The meeting further noted that the Nairobi Process on peace and stability in Eastern DRC is a regional initiative intended to bring an end to the tremendous suffering and displacement that has been witnessed in the area for a considerable period.

The M23 expressed appreciation to the EAC Facilitator, H.E. Uhuru Kenyatta, for his commitment to continue seeking international assistance and cooperation to assist rebuild the communities in eastern DRC in order to alleviate their long-suffering.

The M23 also appreciated efforts of the EAC-Facilitator in his consultative approach with H.E Félix Tshisekedi, President of the Democratic Republic of Congo; H.E Évariste Ndayishimiye, President of the Republic of Burundi and the Chairperson of the Summit of EAC Heads of State, and other key stakeholders to the Nairobi and Luanda peace processes as well as strategic international partners.

They acknowledged with appreciation that the Nairobi lV consultations expected to commence in mid to late February 2023, will directly seek to consolidate all the considerable gains of the last few months and assist in bringing greater peace and stability to eastern DRC. The Representative of M-23 also appealed for an end to the hate speech to which the Facilitator accepted to get personally involved in curbing the use of inflammatory language, that could jeopardize the peace process. The EAC Facilitator also appealed to all parties to adhere to the caseation of hostilities agreement.

They took note and expressed gratitude that the Nairobi lV Inter-Congolese consultations will be held in key towns of eastern DRC and thereby bring the Nairobi process closer to the various affected communities.