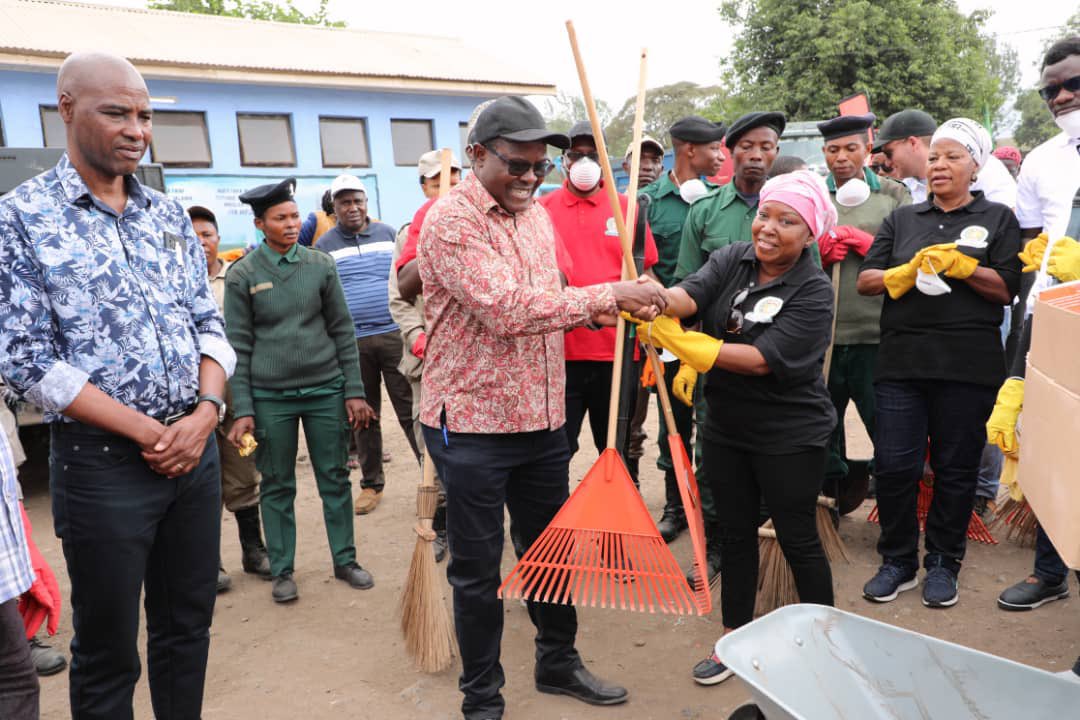 EAC Day marked with pomp and colour in Arusha

The theme of this year’s EAC Day Commemoration was ‘Towards an Integrated East Africa: Mitigating the Effects of Climate Change and Promoting Maternal Health.”

Staff of EAC Organs and Institutions started the day with a cleaning exercise at the Kilombero Bus Park in Arusha, the second largest bus park in the city that hosts several international organisations and is the hub of the tourism industry in north-western Tanzania. 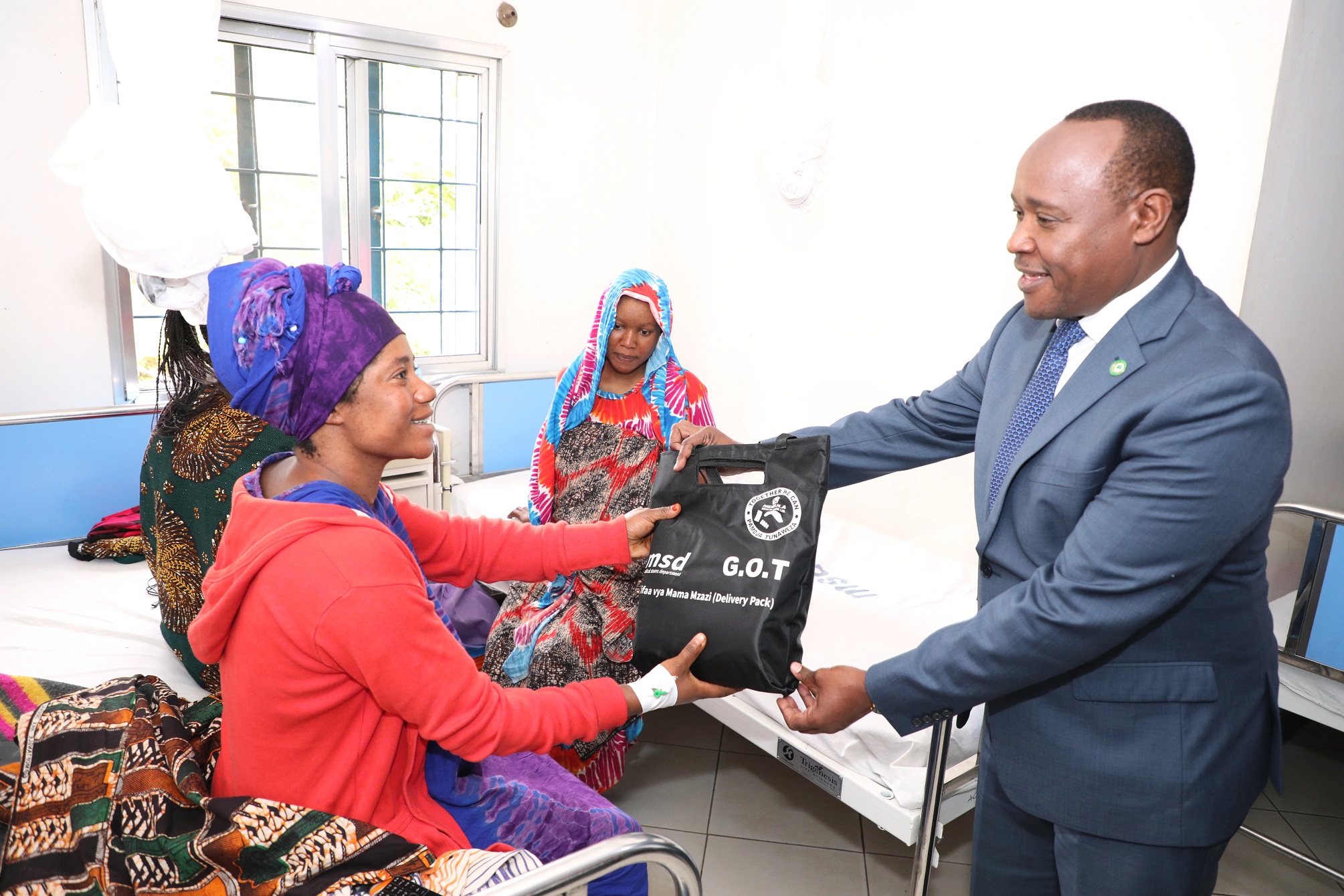 Each of the maternity delivery kits, which consists of, among other things, cotton wool, mackintosh sheet, surgical gloves, syringes and baby cloth is meant to enhance safe delivery and maternal health.

Speaking before he officially opened the EAC Day Exhibition and Open Day at the EAC Headquarters, the Chairperson of the Council of Ministers and Burundi’s Minister for EAC Affairs, Youth, Sport and Culture, Hon. Ezechiel Nibigira, hailed tree planting efforts in the region saying that an increased forest cover would mitigate the effects of climate change, a phenomenon on which the very existence of the human race is premised. 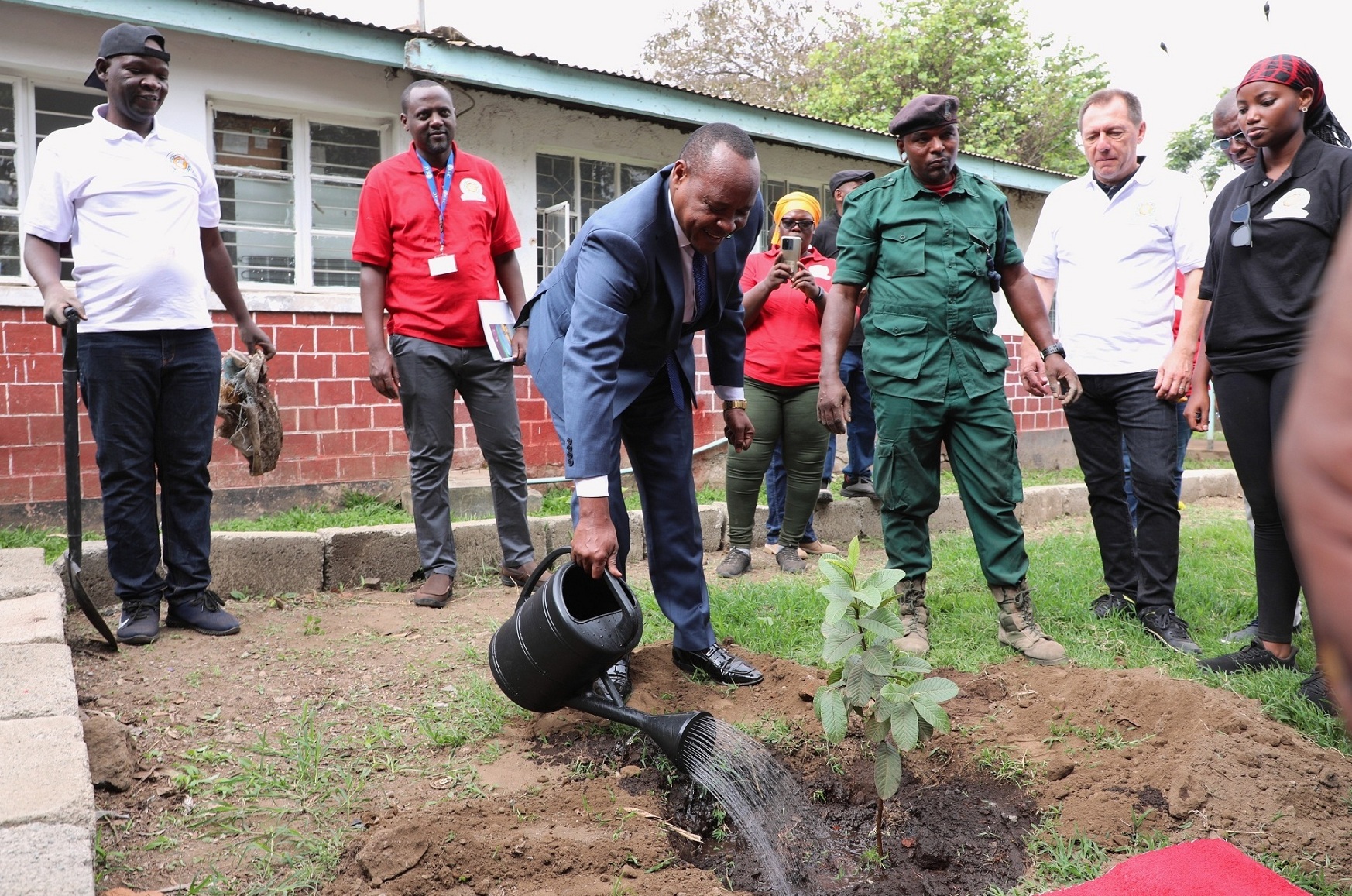 “There is a biting drought in the region due to failed rains over the past three years. The drought has brought untold suffering on our people with pastoralist communities losing millions of heads of livestock due to lack of water and pasture,” said Hon. Nibigira. 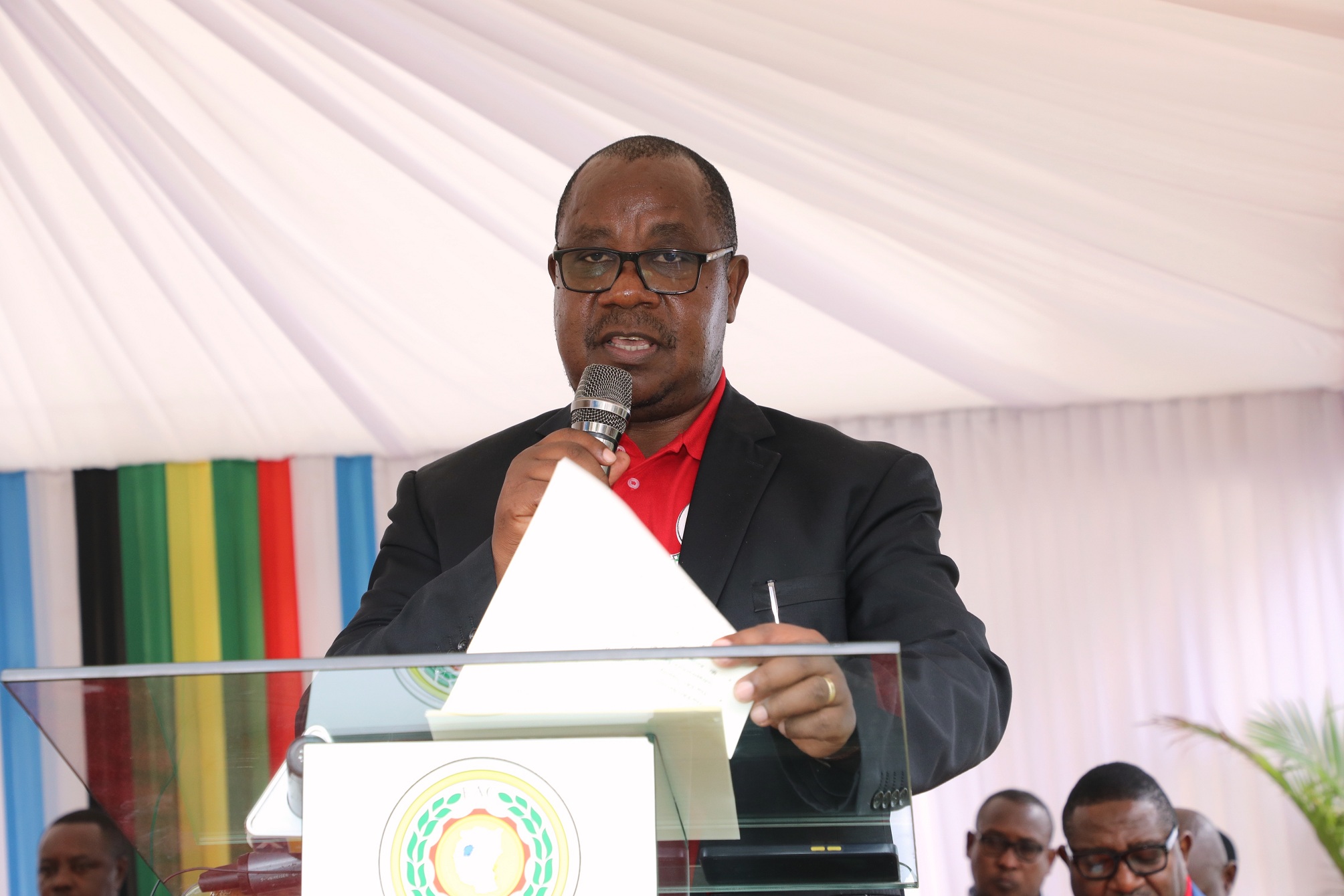 “Tree planting is an exercise that should not be left to government and NGOs along, rather it should be an initiative of each and everyone of us, our children included,” added the Minister.

The Minister later presented 500 trees seedlings donated by GiZ, the German International Cooperation Agency, to the Pastoral Women Council of Tanzania, an NGO that plants trees in Monduli, Longido and Ngorongoro districts in Northern Tanzania.

Speaking at the event, EAC Secretary General Hon. (Dr.) Peter Mathuki, said that the main aspiration of the Community was creating markets for its business people and producing a surplus for export.

Dr. Mathuki urged Partner States and other stakeholders to mount activities each year to commemorate EAC Day, adding that this would enhance a sense of integration among EAC Citizens. 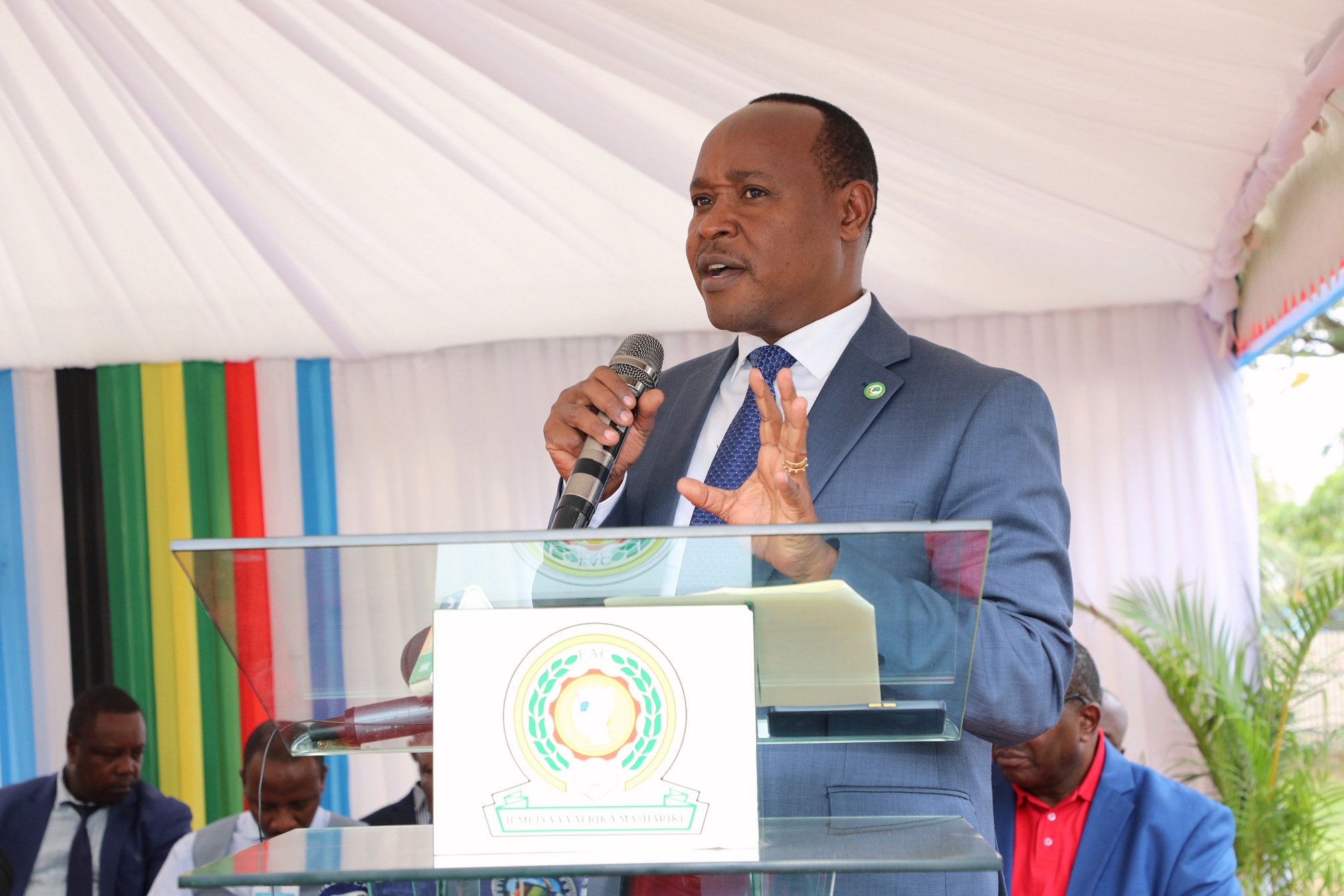 “Tanzania has surpassed Kenya in terms of exports and has also increased its exports to Uganda. Tanzania exported goods worth US$510 million to Kenya and imported US$450 million from Kenya,” said Dr. Mathuki, noting that opening up of Partner States borders had witnessed increased trade volumes.

On his part, Dr. Burkhard Kömm, the Project Manager of the Support to Pandemic Preparedness III, GIZ Project, said that the integration process among nations is not a sprint but a long distance race, alluding to the challenges that integration initiatives face the world over.

Dr. Kömm recalled Europe had arrived that coming together and forming one union reduces the risk of war and promotes peace and stability, adding that integration promotes trade and prosperity.

Also present at the event were the EAC Deputy Secretary General in charge of Planning and Infrastructure, Eng. Steven Mlote, the Chairman of the Confederation of Tanzania Industries, Mr. Anup Modha, the Acting Executive Director of the East African Civil Society Organisations Forum, Ms. Lillian Kimaro, and the Deputy Executive Secretary of the East African Kiswahili Commission, Dr. James Jowi.