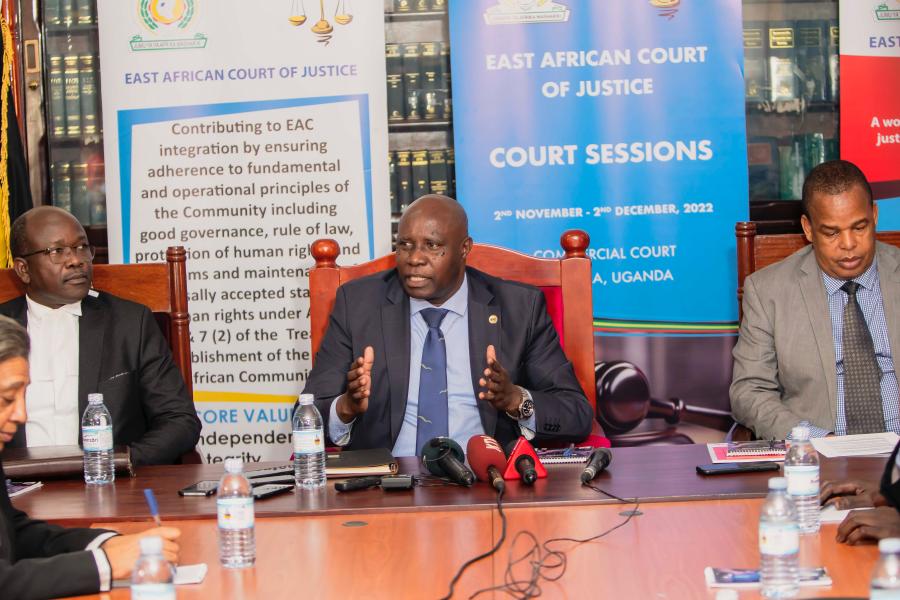 EACJ Court rotational sessions to take off in Kampala

The EACJ sessions were preceded by the 2nd Annual EACJ Judicial Conference held from 26th to 28th October, 2022 in Kampala. During this session, both First Instance and Appellate Divisions will handle a total of 39 cases.

The Court during its 20th Anniversary celebrations held in November 2021 in Bujumbura, Burundi, launched its annual rotational sittings in the East African Community (EAC) Partner States. All cases that will be heard are matters from the Partner States.

The purpose of conducting rotational Court sessions is to enhance access to the Court for the people of the Community. The Court still faces the challenge of lack of awareness within the region hence the introduction of rotational sittings in the Partner States.

Briefing the press in Kampala on Tuesday, the Judge President of the EACJ, Hon. Justice Nestor Kayobera, said that there is direct access to the regional Court without exhaustion of local remedies.

Justice Kayobera said that the Court handles its cases without fear or any interference. He expressed his appreciation to the Government of Uganda and the Judiciary of Uganda for the support dedicated in hosting the month-long sessions at the Commercial Court in Kampala. 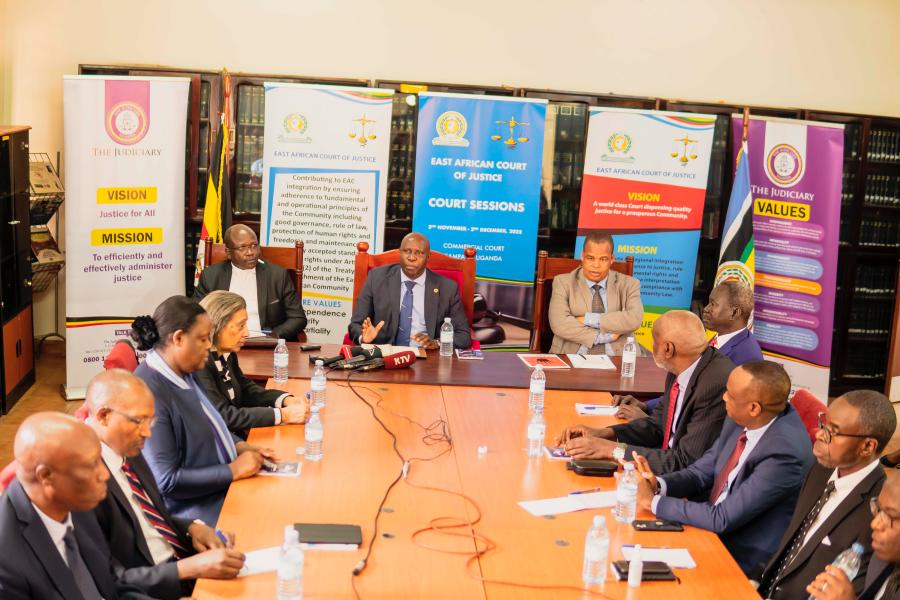 On his part, the EACJ Principal Judge, Justice Justice Yohane Masara, said that the matters coming up before the First Instance Division in total are 21 matters, which include three (3) Judgments, three (3) rulings, 11 hearings and four (4) Scheduling Conferences.

The Head of the Commercial Court Division, Justice Stephen Mubiru, commended the EACJ for holding its rotational sitting in Uganda.

“The litigants have been traveling to Arusha for proceeding but now they will be accessing the Court here in Kampala,” said Justice Mubiru.

Justice Mubiru further disclosed that the Judiciary of Uganda has been hosting the EACJ Kampala Sub-Registry where cases are filed and then transmitted to the main registry in Arusha.

The East African Court of Justice (EACJ or ‘the Court’) is one of the Organs of the East African Community established under Article 9 of the Treaty for the Establishment of the East African Community. Established in November 2001, the Court’s major responsibility is to ensure the adherence to law in the interpretation and application of and compliance with the EAC Treaty.  Arusha is the temporary seat of the Court until the Summit determines its permanent seat. The Court’s sub-registries are located in the respective National Courts in the Partner States.