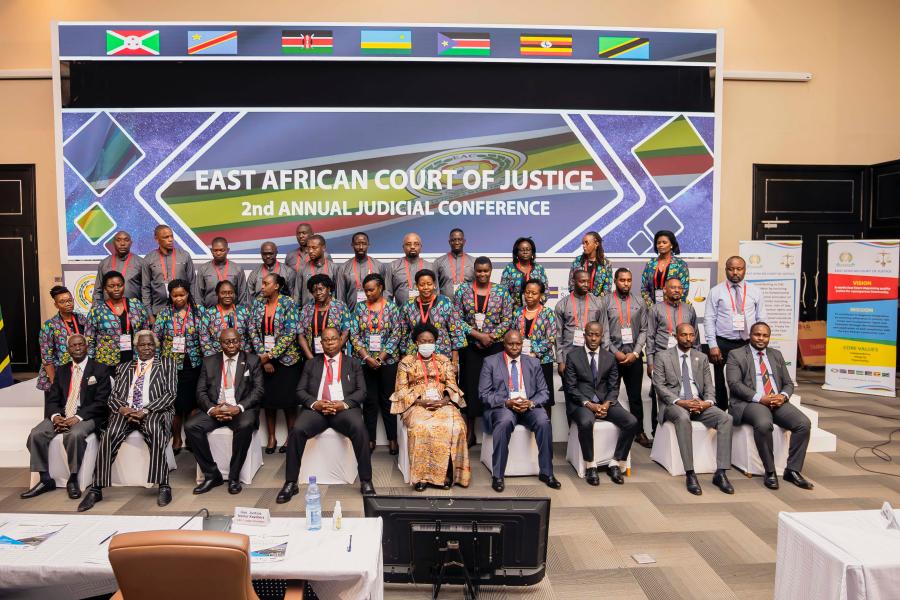 Speaking when she officially opened the three-day conference, Uganda’s 1st Deputy Prime Minister and Minister for East African Community (EAC) Affairs, Hon. Rebecca Kadaga, hailed the EACJ saying that the Couurt has since its inception done a commendable job in passing judgements that have impacted Human rights jurisprudence within the region and beyond as well as strengthening the Community. 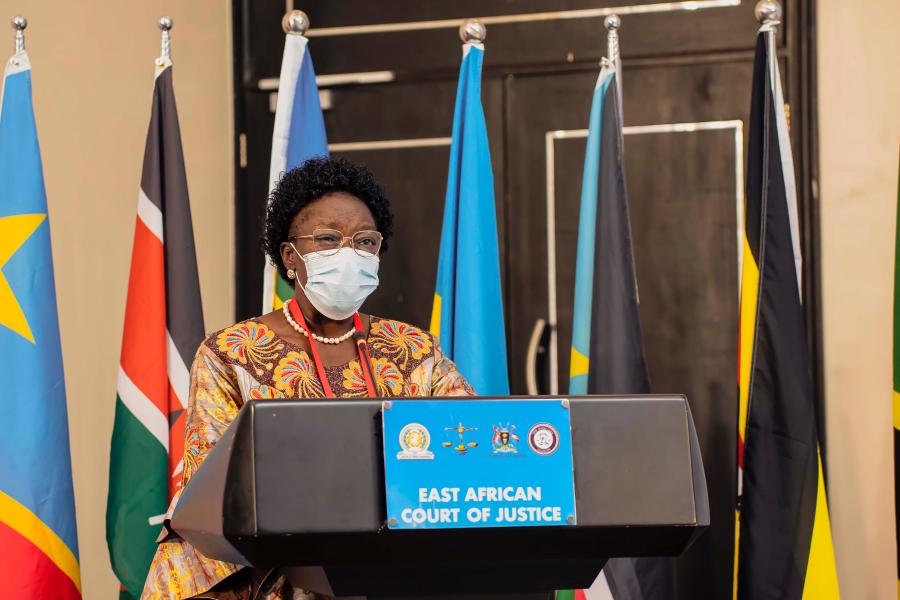 Hon. Kadaga urged East Africans to relentlessly support the Court for the meaningful realization of the regional integration agenda.

“The core mandate of this court is the interpretation and application of the Treaty.  This is very instrumental in consolidating the EAC regional integration agenda through enhancing access to justice and ultimately concretising investment,” said the Minister.

The Deputy Prime Minister said that the three-day conference themed “Transforming access to justice in the East African Community” was an opportunity for the Community to devise mechanisms for ensuring systematic dispensation of justice at both the national and regional levels.

“It is a Partner States’ obligation under Article 126 of the Treaty to enhance cooperation in legal and judicial matters through harmonization of legal trainings and certification, standardization of judgements of courts and publication of law reports for jurisprudential purposes,” said Hon. Kadaga.

On his part, the Chairperson of the Council of Ministers and Burundi’s Minister for EAC Affairs, Hon. Ezechiel Nibigira, questioned the competency of the EACJ especially in instances where the court seems to overtake individual national court powers.

“Some say that there is a tendency for national courts to lose their powers as the EACJ seems to be the ultimate and final step of jurisdiction; they posit that this situation may jeopardize matters of sovereignty of each country.  As they say, nobody can love his/her child more than her mother,” said Hon. Nibigira.

“This subject matter needs to be revisited at each level of leadership of the community for us to ensure that the EACJ is really contributing to enhancing the integration agenda and the respect of individual partner states’ sovereignty and independence,” added Hon. Nibigira. 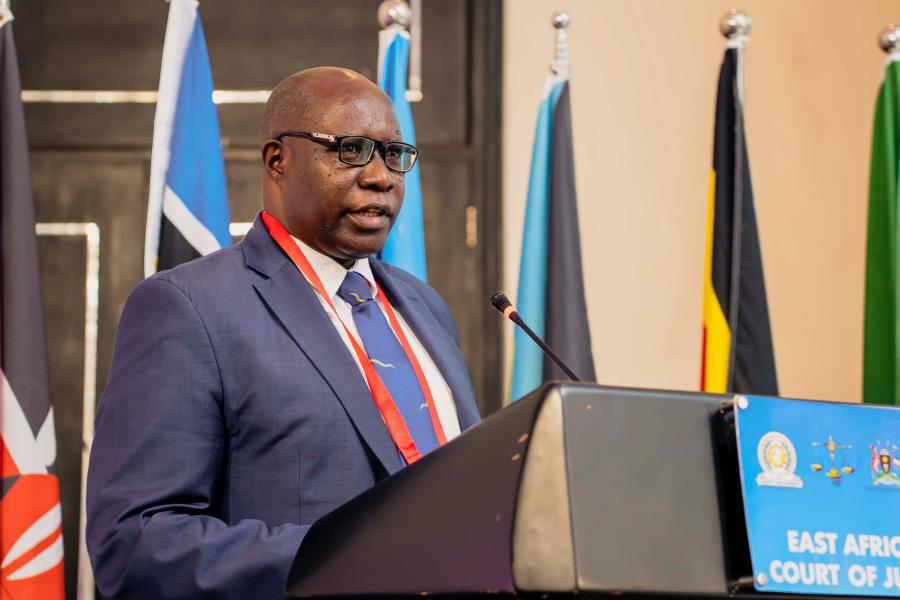 In his remarks, the Judge President of the EACJ, Justice Nestor Kayobera said that the Court had flourished in its 21 years of its existence, recording many achievements including: increasing number of cases filed; developed jurisprudence; increased visibility and access to the Court through sub-registry offices; development of case management and recording systems, and; digital advancement.

“During the Covid-19 pandemic, the Court continued its business without interruption, accelerating its use of technology. Litigants filed cases online, trials were conducted online, witness evidence received via video-link, Judges used e-signature to sign judgments, among other things. All these impacted on the effectiveness and efficiency of the Court,” said Justice Kayobera.

“From 1st to 30th November, 2022, the two Divisions of the EACJ will hold their sessions here in Kampala. Cases to be heard and determined during the sessions are coming from all the Partner States. This is to bring Justice closer to East Africans considering that, majority of East Africans are not aware of the existence and jurisdiction of the EACJ,” he added.

The conference has drawn Chief Justices and Judges from from the Partner States and the African Court of Human and Peoples Rights, EACJ Judges, lawyers, law scholars, staff from the EAC Organs and Institutions, Development Partners, members of the Diplomatic Community and civil society representatives.

Speaking at the conference, the President of the African Court of Human and Peoples Rights (AFCHPR), Justice Imani Aboud, cited general factors that prevent people from accessing justice, namely the: high cost of legal services, uneven geographical distribution of lawyers, lack of recognition of the role played by paralegal practitioners and lack of information about the availability of legal services.

Other factors limiting access to justice are: the intimidating image that lawyers have, lack of different legal insurance schemes, limited effectiveness of the states’ legal aid scheme, many lawyers fails to provide community services, partial understanding of laws, lack of appropriate tools to implement them, lack of knowledge of emerging technological issues to judges, judicial officers and court users.

“Furthermore, the distribution of practising lawyers who deliver legal services to the public is skewed. Most lawyers practise in cities and they serve corporations and wealthy people. There are very few lawyers who service the areas of townships and rural settlements and those that do generally have poor resources. The practicing lawyers are not sufficiently involved in providing legal-aid services to impoverished (poor) persons,” said Justice Aboud.

Justice Aboud said that the lack of information about legal services could be addressed through public awareness campaigns in the media, increased advertising on the part of practitioners, the development of street law programmes, and the provision of information to the public by professional bodies and the Legal Aid Boards.

“What is important is the fact that lawyers should be encouraged to play a role in community life and speak to community groups about the services they provide and the help they can offer. Awareness should also be raised around the fact that most East African universities have legal aid clinics to help persons or communities who cannot afford legal services,” said the AFCHPR President.

On his part, the Chief Justice of Uganda, Hon. Justice Alfonse Chigamoy Owiny-Dollo, said that the increased interactions in search of markets, security, education, jobs, food, relations, and other life essentials has made the need for the EAC an indispensable reality.

The CJ said that the Judiciary in Uganda was redirecting its efforts towards enhancing access to justice services across Uganda.

“We have launched the Electronic Court Case Management Information System to help people file their cases from wherever they choose and be able to access court notices, decisions and status reports without necessarily visiting the courts. We are working on enhancement of capacity of our human resources, both in number and professional skills, in addition to establishing and constructing more Courts across the country,” said the CJ.

“These natural human relations inevitably give rise to cross border disputes that call for our careful consideration. The power and position of the East African Court of Justice is therefore pivotal to the success of these efforts. The Conference will help us decide whether it is time to clothe the Court with enhanced jurisdiction as did the defunct East African Court of Appeal, or to keep it where it now is,” said Justice Owiny-Dollo. 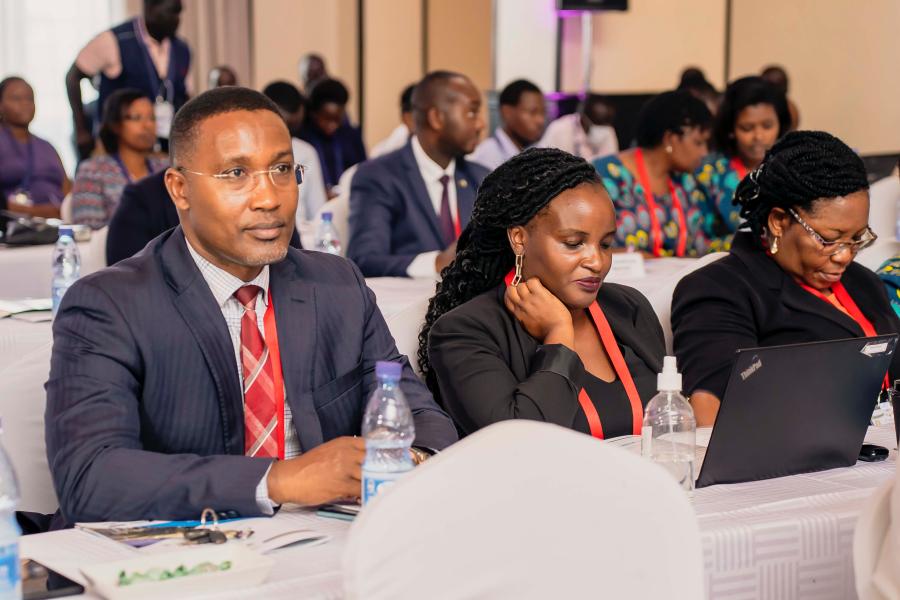 In her remarks, EAC-GiZ Senior Advisor, Ms. Joyce-Kevin Abalo, said that the involvement of all stakeholders in the promotion of good governance and access to justice in different aspects for the socio-economic development of our region, both at the individual and institutional level was crucial to the promotion of an inclusive, peaceful, and prosperous East African region.

“As the integration process advances, the sustainable inclusion and engagement of stakeholders at all levels of society remains one of the biggest challenges. I urge all of us to sustain and scale up the significant progress made towards access to justice and regional integration something that East Africans are proud of,” said Ms. Abalo.

The overall objective of the 2nd Annual EACJ Judicial Conference is to stimulate high-level conversations and discussions on emerging legal and judicial issues including, emerging jurisprudence, issues affecting Courts and Court users and provide a platform for information sharing among judges, judicial officers and legal practitioners and other Court users in the region.

A keynote address on “Shaping East Africa Through Advancing Access to Justice” shall be delivered by Prof. Frederick Ssempembwa, and shall form the basis for the Panel Discussion of the Chief Justices from the EAC Partner States.

The 2nd Annual EACJ Judicial Conference is expected to draw participants from the seven (7) East African Community (EAC) Partner States who shall include Chief Justices, Ministers of Justice, Attorneys General, Ministers in charge of EAC Affairs, Judges from regional and national courts, Heads of EAC Organs and Institutions, Members of Parliament, legal practitioners, members of the academia, representatives of civil society organisations, representatives of the private sector and the media.

During the 2nd Judicial Conference, a number of topics will be discussed, namely:

To mark the 20th Anniversary of the EACJ, the Court in 2021 launched the rotation of its November Court Sessions, with the 1st rotational session being held in Bujumbura, Burundi from 8th - 26th November, 2021.

The objective of rotating the Court’s November sessions is to bring the services of the Court closer to the people and to enhance the visibility of the Court as it undertakes its mandate of promoting access to justice by ensuring adherence to law in the interpretation and application and of compliance with the EAC Treaty. The Court through its mandate continues to settle disputes and develop key jurisprudence on matters of regional integration.

The East African Court of Justice (EACJ or ‘the Court’) is one of the organs of the East African Community established under Article 9 of the Treaty for the Establishment of the East African Community. Established in November 2001, the Court’s major responsibility is to ensure the adherence to law in the interpretation and application of and compliance with the EAC Treaty.  Arusha is the temporary seat of the Court until the Summit determines its permanent seat. The Court’s sub-registries are located in the respective National Courts in the Partner States.