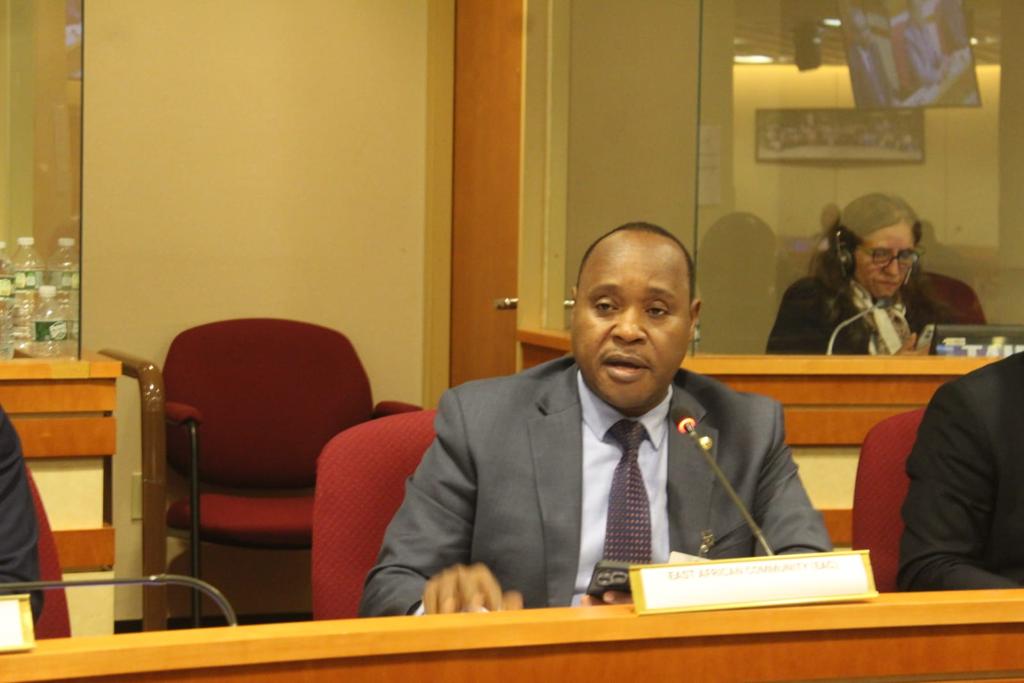 Dr. Mathuki was speaking at the AU Peace and Security Council meeting with Regional Economic Communities (RECs) and Regional Mechanisms (RMs) that was held on the sidelines of the 77th United Nations General Assembly, which is currently underway in New York, USA.

“We call on the African Union to support Regional Economic Communities such as the EAC in combating the financing of terrorism and anti-money laundering, which undermine governance through corruption, tax evasion and promotion of parallel markets,” he said.

The Secretary General further called for support development of capacities to counter cross-border crimes in addition to enhancing coordination with other specialized regional organizations in combating terror financing, and trafficking persons and narcotics.

He urged the AU to secure the continent’s maritime space to tame illegal entry and exit.

“Through joint implementation of East and Southern Africa-Indian Ocean (ESA-IO) Regional Maritime Security Strategy, the incidents of insecurity in the Indian Ocean have substantially reduced,” he said.

In addition, the Secretary General called on the Council to take up border management terming porous borders as the weakest links in the fight against terrorism.

“Information sharing by mandated agencies, application of technology and engagement of transboundary communities in formal border management strategies are some of the measures EAC is implementing in this endeavour, which the African region can borrow from,” he added.

Dr. Mathuki said that terrorism continues to be a potent threat to security in the EAC Region with a number of terror organizations having footprints within the EAC Region such as Al Shabab, FDLR, ADF, LRA and of late Ansar al Sunna.

“The EAC notes the need for urgency in dealing with terrorism, considering the number of RECs and overlapping membership that requires coherence, coordination and nurturing of complementarity,” he said.

The AU Peace and Security Council (PSC) is the standing decision-making organ of the AU for the prevention, management and resolution of conflicts. It is a collective security and early warning arrangement intended to facilitate timely and efficient responses to conflict and crisis situations in Africa.