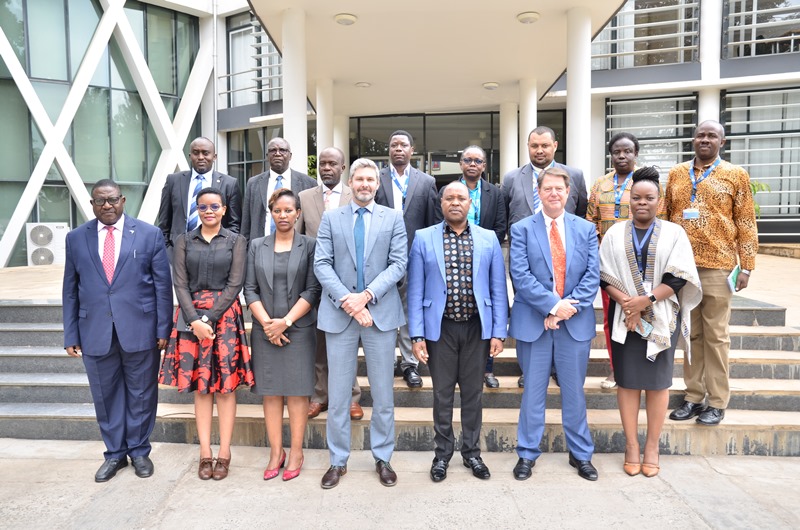 Accompanying Mr. Beer during the courtesy call on the Secretary General was the outoing TMEA CEO, Mr. Frank Matsaert.

In his remarks, Dr. Mathuki observed that TMEA had done a commendable job in supporting the integration process in East Africa particularly in infrastructure development, improving customs efficiency and capacity building in diverse sectors.

Dr. Mathuki said that TMEA had mobilised significant resources over the years to support various EAC programmes and projects.

Dr. Mathuki singled out TMEA’s support in the construction of One Stop Border Posts (OSBPs) noting that OSBPs had eased cross-border trade and free movement of persons by reducing the amount of time spent by merchants and travellers at the borders. 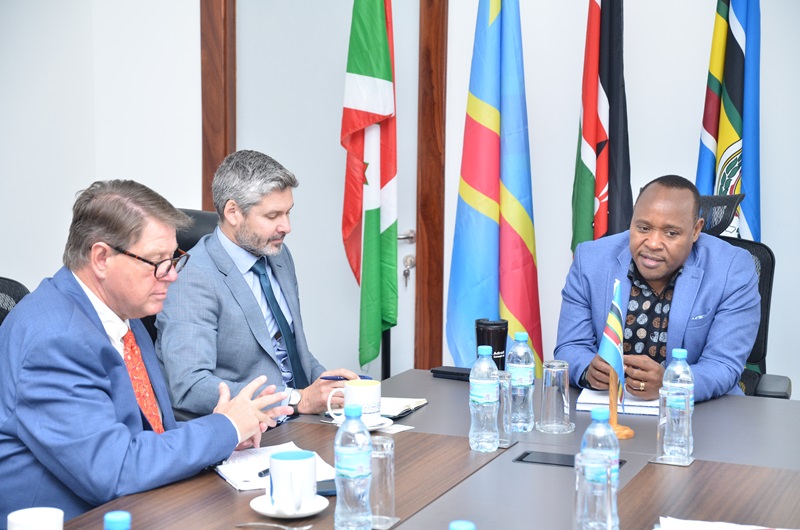 The Secretary General informed Mr. Beer of potential areas that may require support in future including fast-tracking the integration of the Democratic Republic of the Congo (DRC), the newest Partner State, into the Community.

Dr. Mathuki further informed the TMEA CEO of the urgent need to build the capacity of DRC officials to ensure that they participate fully and effectively in EAC programmes and activies.

Also high on the EAC agenda is support in terms of translation and interpretation services for EAC meetings and documentation given that French and Kiswahili are also now official languages of the Community in addition to English.

On his part, Mr. Beer said that his focus would be to build on and deepen the achievements recorded by EAC during the time his predecessor has been in office.

Mr. Beer further said it was crucial to cascade the gains and successes recorded by the Community to South Sudan and DRC who the latest entrants into the EAC. 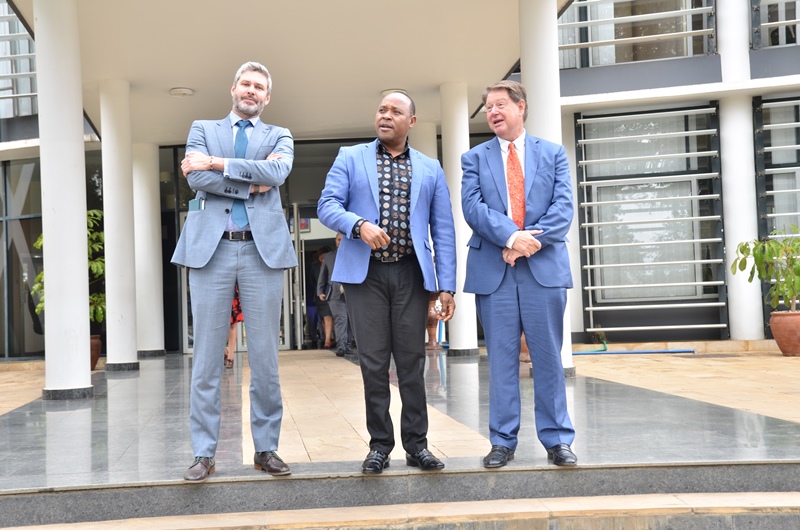 Also key according to the incoming CEO is leveraging on the existing political goodwill behind the African Continental Free Trade Area (AfCFTA) to open up the trade opportunities therein for the benefit of the seven (7) EAC Partner States.

TradeMark (Trade and Markets) East Africa is an aid-for-trade organisation that was established in 2010, with the aim of growing prosperity in East Africa through increased trade. TMEA operates on a not-for-profit basis and is funded by the development agencies of the following countries: Belgium, Canada, Denmark, European Union, Finland, France, Ireland, Netherlands, Norway, United Kingdom and United States of America.