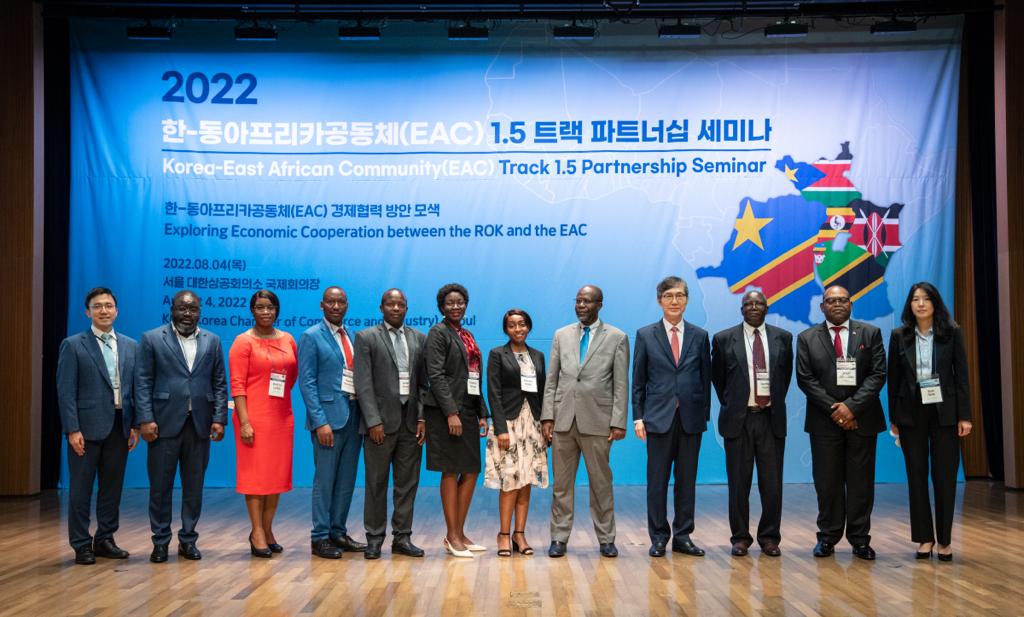 East African Community Headquarters, Arusha, Tanzania, 5th August, 2022: The East African Community (EAC) has officially kick-started engagements with the Republic of Korea (ROK) on a grand economic and social cooperation between the EAC and South Korea. The engagement, in the form of a bilateral cooperation seminar, was held at the Korea Chamber of Commerce (KCCI) in Seoul. This seminar is a follow-up of an earlier bilateral meeting held between the EAC Secretary General and South Korea’s Ambassador to the United Republic of Tanzania earlier this year.  The partnership seminar was convened under the theme: Exploring Economic Cooperation between the ROK and the EAC. 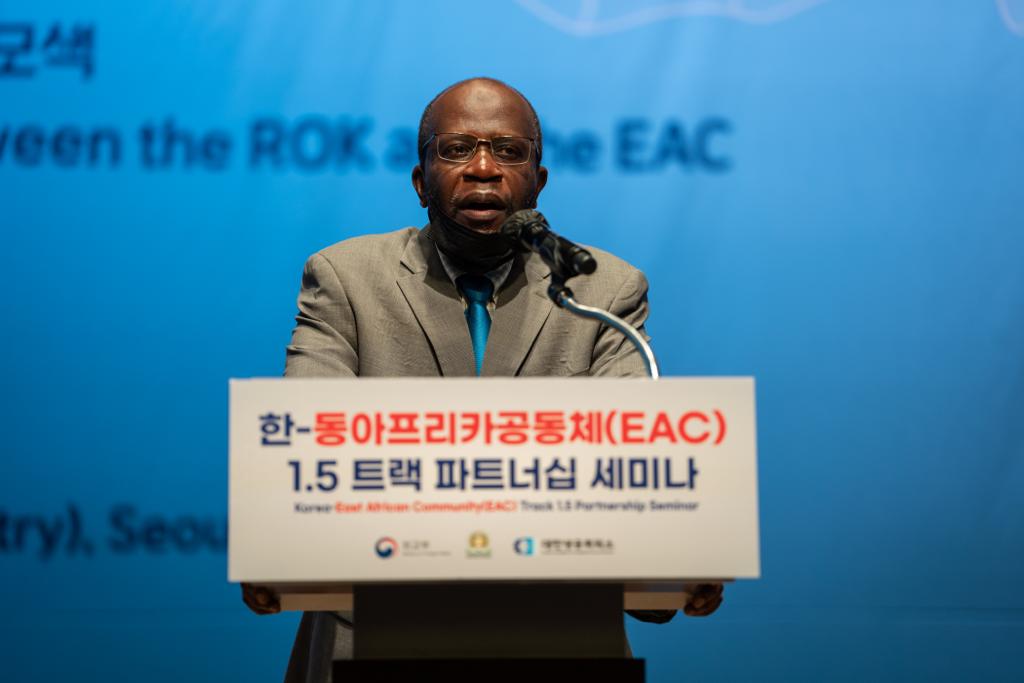 Officiating the event, on behalf of the EAC Secretary General as the Head of Delegation, the EAC Director of Trade, Al-hajji Rashid Kibowa, lauded the Government of Korea for taking interest in partnering with the EAC and facilitating the partnership seminar. Al-hajji Kibowa highlighted that the EAC being Africa’s fastest growing and most integrated Regional Economic Community in the last 10 years, is best placed to kick-start and become the entry point for South Korea’s ambition to integrate with Africa.  He further noted the valuable role played by the private sector and other peoples’ voices in boosting trade and investment in the region.

“The expansion of the EAC following the admission of the Democratic Republic of Congo into the Community has not only substantially increased the market population but also the GDP of the EAC, thereby making the region an attractive trade and investment destination,” he added.

On his part, Mr. Jang Hyun Kim, Director General for Africa and the Middle East from the Korea’s Ministry of Foreign Affairs, commended the EAC for being the fastest growing regional bloc. He stated that Korea has keen interest in exploring the African Continental Free Trade Area (AfCFTA) within its economic partnership with EAC and hoped that the seminar would establish a solid starting point for future cooperation.

Infrastructure development, ICT and the automobile industry, Trade in Services, Human Capital Development and mineral development were highlighted as the core areas for Korea - EAC  support and cooperation. These areas were identified taking full advantage of Korea’s cutting-edge digital technology and its thriving automotive- manufacturing industries.

The seminar included detailed presentations by Al-hajji Kibowa EAC Common Market, and by Mr Geoffrey Osoro, EAC Trade Advisor, on the EAC State of Play under the Trade and Infrastructure development and Investment integration.

In its deliberations, the meeting agreed on a framework for further distillation of the presentations, discussions and the issues raised for further consideration by the EAC Council of Ministers and the Korean Government.

In his closing statement, Al-hajj Kibowa affirmed EAC´s commitment to strengthening cooperation and assured the Korean counterparts that the potential for mutual benefit of both sides in an economic and social cooperation was quite enormous.