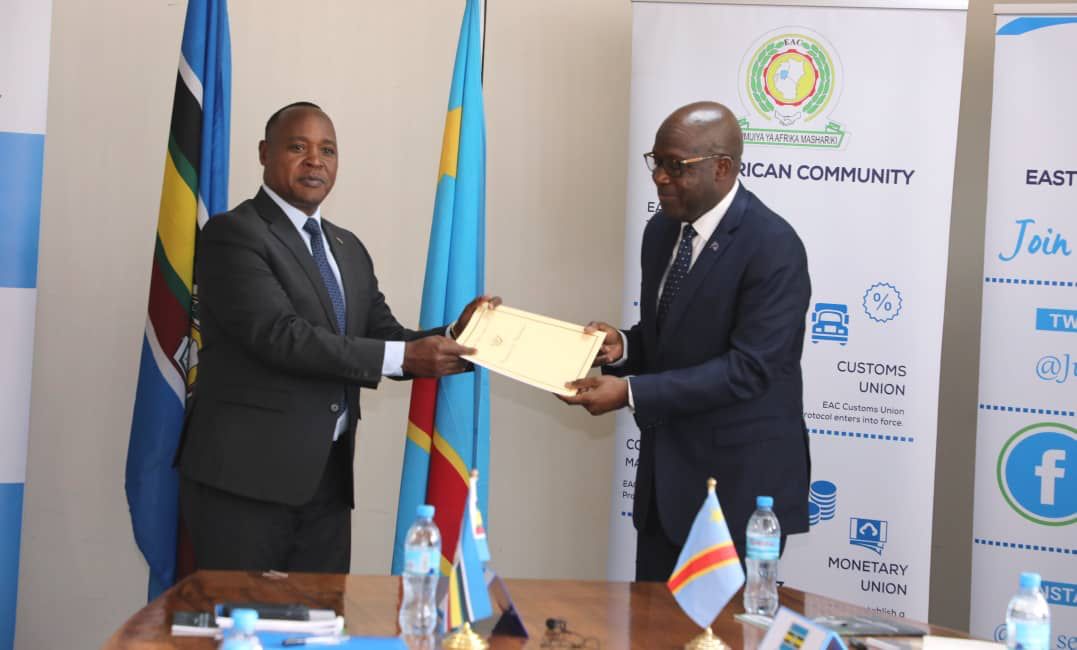 Handing over the instrument of ratification to the Secretary General, DRC’s Vice Prime Minister and Minister of Foreign Affairs, Hon. Christophe Lutundula Apala Pen’ Apala, said that the entry of his country into the EAC was an economic, cultural, geographical and historical obligation.

Hon. Apala said that DRC’s admission into the bloc was a fulfillment of the vision of the founding fathers of the Organization of African Unity (now African Union) including Mwalimu Julius Nyerere, Mzee Jomo Kenyatta, Kwame Nkrumah and Patrice Lumumba all of whom wanted a strong, united and prosperous continent where people could trade and move freely.

Hon. Apala said that the region faces similar challenges in terms of infrastructure development, insecurity, poverty, underdevelopment, diseases and ignorance that can best be addressed collectively by Partner States for the well-being of their peoples.

The Vice Prime Minister described the EAC as the most integrated bloc on the entire African continent, adding that the Summit of Heads of State also had the political will to achieve the objectives as outlined in the Treaty.

Hon. Apala said that the entry of his country into the EAC had strengthened the bloc’s economic, political, socio-cultural, financial and military muscle. 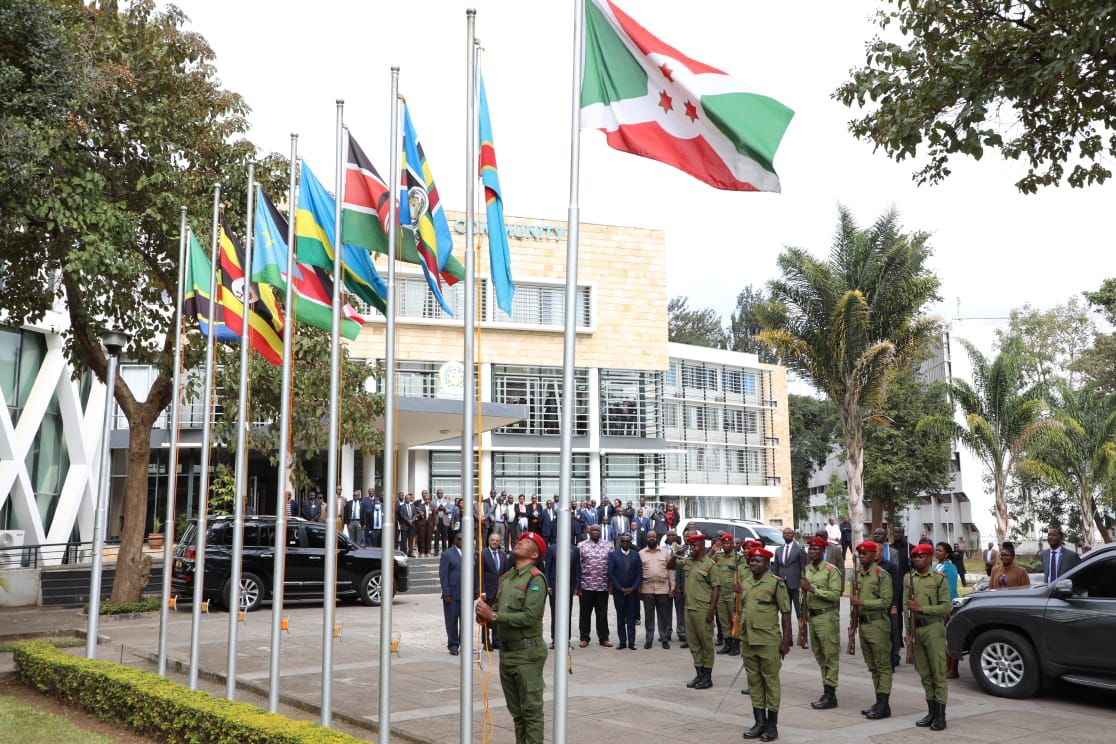 Welcoming DRC into the bloc, EAC Secretary General Hon. (Dr.) Peter Mathuki hailed the government and people of the DRC for speedily concluding the internal and constitutional processes to ratify the Treaty of Accession and depositing the Instrument of Ratification well ahead of the schedule.

“The Summit had envisaged that this would be done by 29th September, 2022,” said Dr. Mathuki.

“Article 11 of the Treaty of Accession by the Democratic Republic of Congo to the Treaty for the establishment of the East African Community provides that the Accession Treaty shall enter into force on the date the Democratic Republic of Congo deposits the instrument of ratification with the Secretary General,” said the Secretary General.

“So I am very happy to declare that today, today 11th July, 2022, the Democratic Republic of Congo has become the 7th Partner State of the East African Community,” said Dr. Mathuki.

The SG added that DRC now joins the Community and the cooperation by all the Partner States in all the sectors, programmes and activities that promote the four (4) pillars of regional integration, namely the: Customs Union, Common Market, Monetary Union and Political Federation.

Dr. Mathuki disclosed that the Secretariat had developed a proposed roadmap for the integration of the DRC into the Community, adding that this would be shared and concluded with the participation and input of DRC. 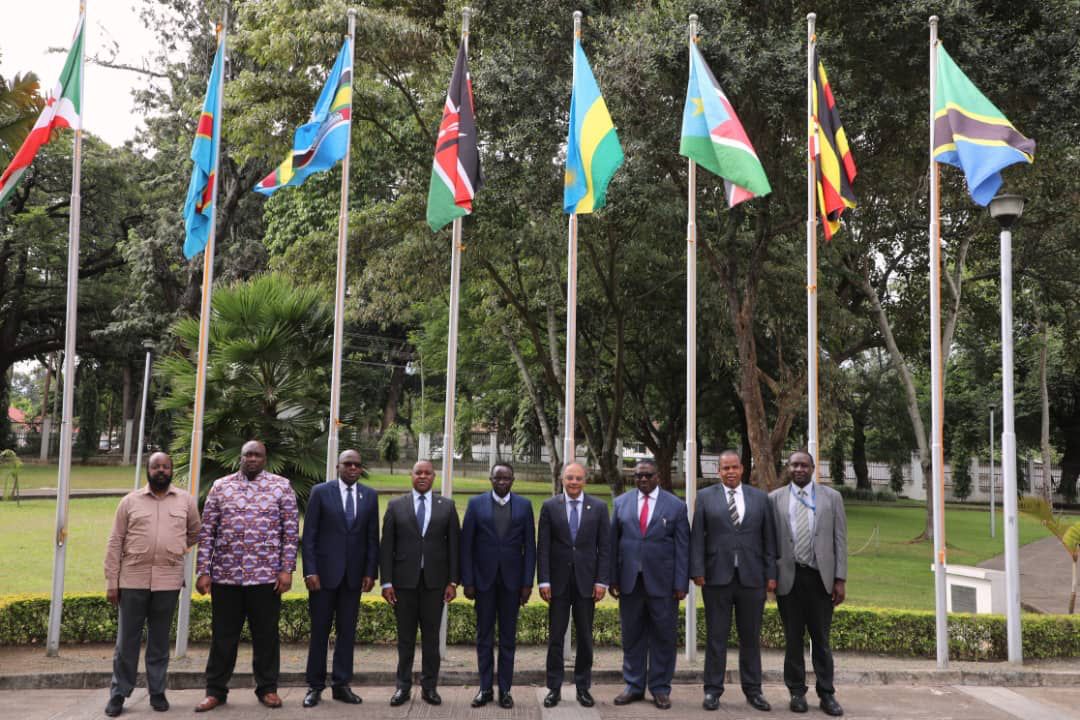 Others were the EAC Deputy Secretary General in charge of Planning and Infrastructure, Eng. Steven Mlote, the Counsel to the Community, Dr. Anthony Kafumbe, EAC PSs from the Partner States and Heads of EAC Institutions.