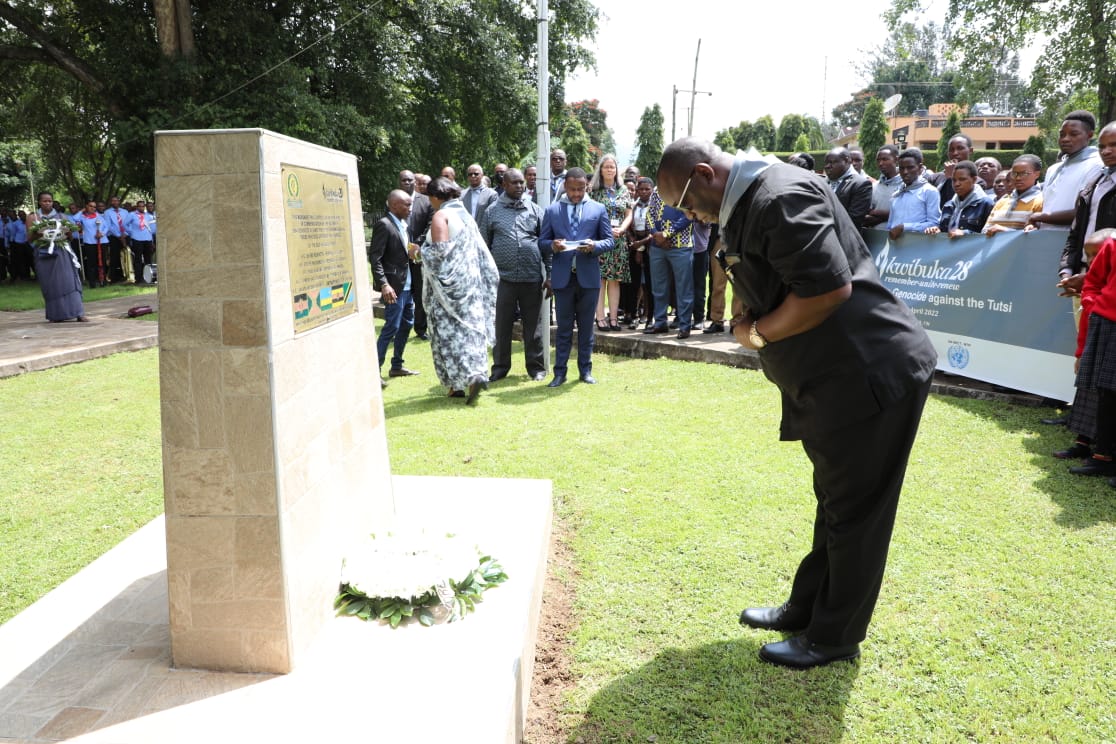 EAC commemorates 28 years of the Genocide Against the Tutsi

The commemoration event themed “Remember-Unite-Renew” was preceded by a walk to remember and laying of wreaths at the Commemoration monument at the EAC gardens as a tribute to the more than one million innocent lives lost through the heinous extermination of Tutsis in Rwanda in 1994.

Speaking during the commemoration, EAC Secretary General, Hon. (Dr.) Peter Mathuki said, “as we commemorate for the 28th time, it is important to reaffirm the fundamental truth that we are all created equal, and we have certain undeniable rights that include the right to life and no one has the right to take it away as it was done 28 years ago from the innocent men and women of Rwanda.”

Hon. Mathuki disclosed that in an effort to show solidarity with the Government and people of Rwanda to commemorate Genocide Against Tutsi, the EAC Secretariat has marked 7th to 13th April each year a silent week in the EAC Calendar of Activities.

“I want once again wish to reiterate our commitment as EAC Secretariat that the Community will continue to ensure the genocide vice is uprooted from our region, through discussions and reflections on the dangers of genocide ideology and its denial,” added the Secretary General.

On his part, the Arusha Regional Commissioner, Mr. John Mongella noted that genocide perpetrated against the Tutsi in Rwanda was a tragedy not only to Rwanda as a country but to humanity as a whole. “With the 1994 genocide against the Tutsis in Rwanda, the entire humanity was put to test and the sanity of human nature was put into serious doubts,” said Mr. Mongella.

“It is evident that the genocide we are talking about today was a result of bad leadership and those who committed it did not, in any way, attempt to hide their heinous acts,” he added.

In his speech, read by the Arusha District Commissioner, Mr. Saidi Mtanda, the Regional Commissioner called upon the international community in general and the EAC countries in particular to work together at different levels to fight against all forms of genocide ideology or the slightest signal of its kind.

The Counselor, Rwanda High Commission in Tanzania and Permanent Mission to the EAC, Mr. John Kizito expressed his appreciation to the East African Community Organs and Institutions for standing in solidarity with the Fovernment and people of Rwanda during trying moments. “Not forgetting the African Union (AU) and the United Nations (UN) who have also set apart this day, 7th of April every year on their calendars as a special day to commemorate the 1994 genocide against Tutsi,” noted the Counselor.

The Chairman of Rwandan Diaspora (Arusha and Moshi), Eng. Murenzi Daniel informed the commemorators that after 1994, the Rwandan community abroad embarked on a journey of nation rebuilding and promotion of peace and reconciliation with the support from the government of Rwanda. “Today, the Rwandan Diaspora plays an integral role in uniting the Rwandans aboard with a focus on building the nation,” he noted.