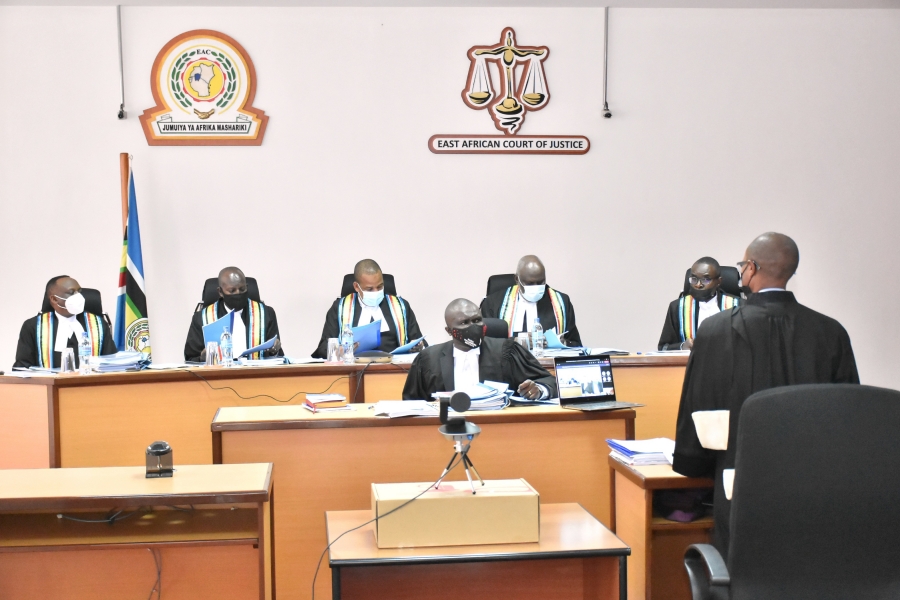 East African Court of Justice, 22nd September 2021: The First Instance Division heard a case faulting the government of Rwanda over alleged refusal by the Government to pay the debt of the Applicant arising from the order of Military equipment supplied, that is Reference No. 11 of 2018 between Mironko Francois Xavier vs the Attorney General of Rwanda.

The Applicant who was represented by advocate William Ernest submitted that the Reference was filed within 2 months’ time as required by the Treaty. That the Applicant received the Ombudsman's letter on 4th April 2018 declining to propose his case for review by the Supreme Court of Rwanda and he filed his case to this Court on 4th June 2018.

The Applicant further submitted that this Court has jurisdiction to entertain the matter under Article 27 of the Treaty. Counsel William added that the acts being complained of, infringe Articles 6(d) & 7(2) of the Treaty and urged the Court to order that the Gov't of Rwanda committed injustice against the Applicant. He asked Court to order the government of Rwanda to pay the debt and other costs as it deems necessary.

The Respondent (Attorney General of Rwanda) represented by Mr. Nicholas Ntarugera, learned State Attorney counter submitted that the Cause of action arose in 1994 when the Ministry of Defense committed to pay a total Sum of 47,990,000 Belgian Francs for the goods (military equipments) supplied and the same Ministry didn't comply. He thus submitted that the Reference is time barred since the cause of action arose many years before it was filed contrary to Article 30(2) of the Treaty.

He further urged that the Court has no Appellate jurisdiction to handle appeals from national courts. He finally submitted that the acts being complained of against the Gov't does not constitute Treaty violation and no remedies sought should be granted.

The Court will deliver the Judgment on notice.