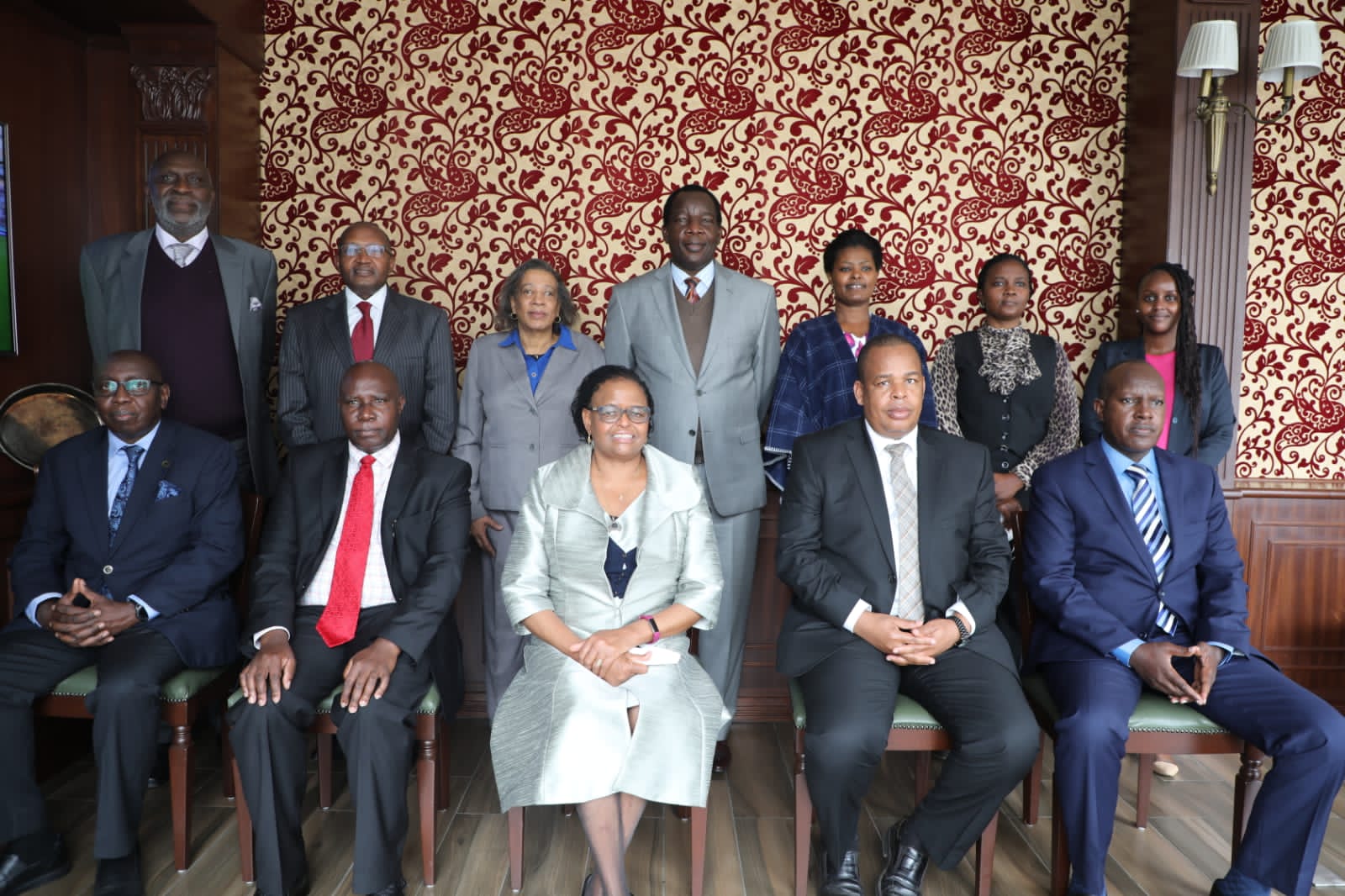 East African Court of Justice, 15th July 2021; The Judge President accompanied by other Judges paid a Courtesy call on Chief Justice (CJ) and President of the Supreme Court of the Republic of Kenya, Lady Justice Martha Koome to discuss on the working relations.

Lady Justice Koome applauded the growth of the jurisdiction of the Court in handling human rights matters. “I am not new to EACJ having been a founder member and official of East African Law Society and I am happy to be part of the Court.” said the CJ.

Justice Koome who is 6 weeks old in the Office of the Chief Justice called upon the EACJ President and the entire Court to work together as brothers and sisters to support her work of CJ which is a shared responsibility for the interest of people of East Africa. "My work is to build on what my predecessor started in sustaining Judiciary transformation and focus on social justice through meditation and other alternative dispute resolution mechanism." said Justice Koome.

Her Ladyship also indicated the need to reduce the backlog of cases in the national courts, however the judiciaries continue to face various challenges including human resource capital, budget shortage, infrastructure among others. She therefore emphasized that with good faith and working together, resources can always be found.

On his part, Judge President Justice Nestor Kayobera informed the Chief Justice, that since he assumed the office of the President of the Court, he has not found difficulties in working with the other Heads of EAC Organs and he has already started working with the National judiciaries for example the meeting he held with 420 Judicial officers in Burundi to learn the relationship with the EACJ and its functioning. His Lordship added that this will be replicated in other Partner States.

His Lordship commended Lady Justice Koome for hosting the EACJ Sub-registry at Milimani Commercial Courts in Nairobi to contribute to access of the Court which is for the Citizens of East Africa. Justice Kayobera retaliated the teamwork spirit, good will and Judicial Diplomacy which will resolve several challenges faced by the Judiciaries across the region for the benefit of the people of EAC.

He also informed the CJ that the Court is planning to hold sessions in the Partner States to enhance awareness of the Court to the public. “I am very confident that Lady Justice Koome being the Chair of Chief Justices' forum a lot will be achieved” said Justice Kayobera.

The President of the Court concluded by informing the CJ that during the CJs forum meeting that was held in Kigali in May this year, decided to revise its functioning and that the next meeting will be held in Nairobi in December 2021. The forum also decided that the report of the activities of the East Africa Judicial Education Committee chaired by Justice Kathurima Judge of the Appellate Division, will be tabled before the CJ's forum before going to the Sectoral Council on legal and judicial affairs attended by Attorneys General.