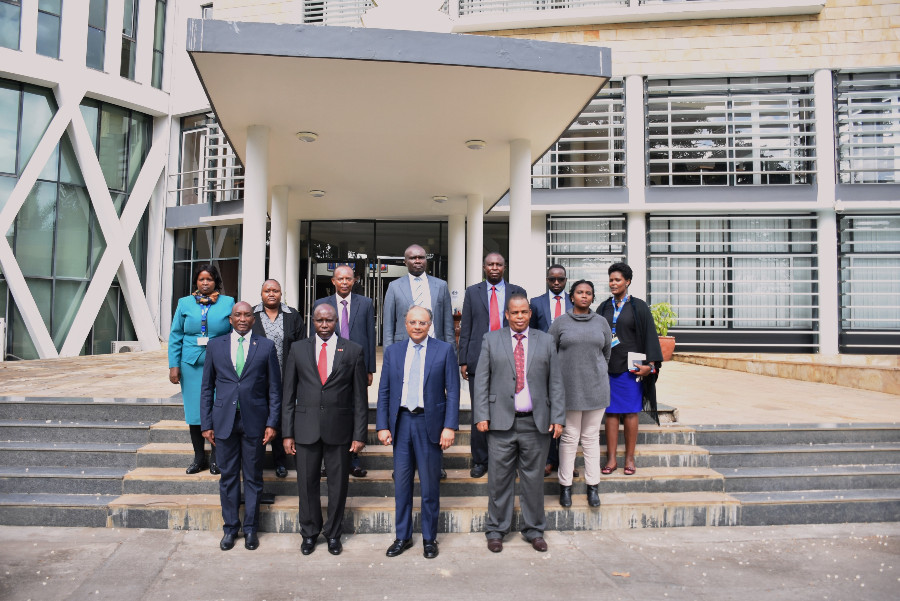 Justice Kayobera hailed the PS and his delegation for the historic visit and informed them that it is a good sign of strengthening the relationship of the court with the other Organs of the Community.

Justice Kayobera urged the PS to support the court on the issue of permanency of tenure for the Judges saying cases had increased tremendously causing a backlog and that there was need to deliver justice as deserved to the people of East Africa.  He also urged the PS to support the court by strengthening its independence through operationalizing the financial autonomy of the court to improve its performance.

The Judge President also emphasised the financial challenges facing by the court and urged the PS to ensure that the budget of the court was increased to enable it carry out its operations, adding that the training of judges should not be left to development partners.

EAC Principal Judge Justice Yohane Masara informed the PS that the Court was trying to work within its means and that the cases pending before it were more than the sessions held. The court holds quarterly sessions for a month every quarter.  He also pointed out the need to have the court holdings hearings in the Partner States to enhance its visibility.

On his part, PS Desai said that he had noted all the issues raised as critical singling out institutional capacity as urgent. He suggested strong partnership between the Council of Ministers and the court to ensure resolution of challenges affecting the court’s operations.