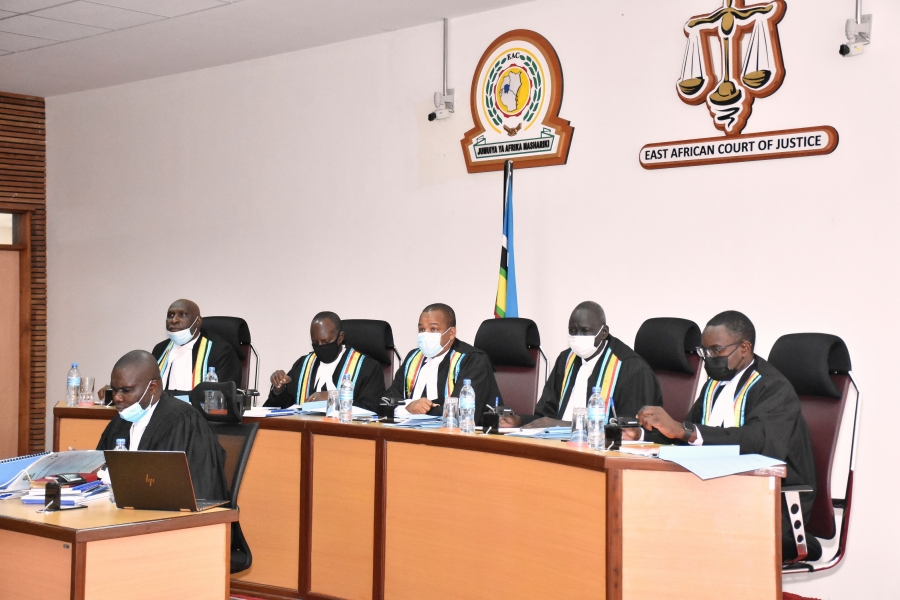 East African Court of Justice, 10th June, 2021: The First Instance Division today heard two petitions arising from the cases challenging the Government of Uganda over the plight of Rwandans who were allegedly arrested, tortured and detained in Uganda.

The 1st Application that came up for hearing was filed by the Attorney General (AG) of Uganda, seeking for extension of time to file written submission in support of this Application. The Respondent represented by lawyer Angel Ampurire opposed the AG's prayers arguing that they did not indicate reasons for not filing their submissions on time and that this would lead to delayed justice. The court ordered the parties to file their submissions, adding that the ruling would be delivered in due course.

The subject matter of the case filed by Hakolimana Venant Musoni is challenging the Ugandan government over alleged the arbitrary arrest by security agents, and that the captors took his money amounting to $11,000 & 5,700 Euros and other properties.

The Applicant further alleges illegal detention and interrogation about his links to the Rwanda Defense Forces and his spying activities, which he denied. He was the brought before court and thereafter remanded at Luzira prison where he was later released. Hakolimana claims that these actions were violations of Articles 6, 7 and 105 of the Treaty for the establishment of the EAC.

In the second petition, the court allowed the withdrawal of an application filed by one Izere Jean Luc & eight (8) others versus the government of Uganda, seeking a certificate of urgency to hear Reference No. 18 of 2019 urgently. The court further ordered that the matter will be scheduled in the next session.

The said Reference also alleges wrongful arrest, detention and torture of the Applicants by the security agents of the govt of Uganda and illegal deportation and dumping at Rwandan different borders. They allege that those actions caused them to suffer physical injuries, permanent disabilities and develop terminal diseases. The petitioners allege that the acts were an infringement and in contravention of the EAC Treaty.