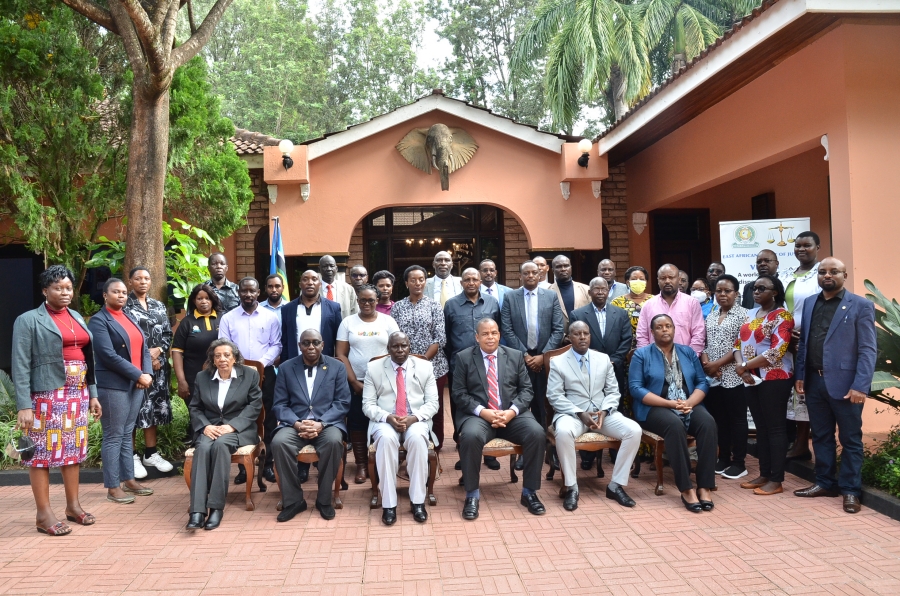 Justice Kayobera was speaking during a four-day mid-term review workshop for the EACJ Strategic Plan 2018-2023 including the achievements, challenges and new developments in the implementing the Strategic Plan.

On his part, Dr. Kennedy Ogollah, a don at the Nairobi University School of Business who is facilitated the workshop commended the Court for the work it has done so far in implementing the Strategic Plan since it was unveiled in 2018. He encouraged everyone to always focus on achieving the vision and mission of the Court.

Some of the key achievements made by EACJ in the implementation of the plan so far include: improved EACJ participation in the amendment of the Treaty to improved the design of the Court; improved understanding on the role and place of the Court in the EAC integration agenda among the Policy makers through their engagements with the heads of the Court on the issue of appreciation of the Court; improved visibility of the Court by an increase in the cases filed during Covid-19 pandemic; raised resources from the Partnership and other Development Partners to support and fund the activities of the Court and Improved digital performance of the Court through conducting online Courts session, e-filing and transcribing processes especially during covid-19 outbreak the court has continued with its operations efficiently and effectively.

Key challenges undermining the implementation of the strategic plan were identifies as: the ad-hoc nature of service for the Judges which contributes to delay in hearing and determination of cases; lack of permanent services of the Judges; delays in determining permanent seat of the Court and the Sub-registries to end the transitional status of the Court; inadequate financial resources, budgetary allocation and delay in disbursement of funds by Partner States which affect the operations of the Court; low visibility on the Court’s role, mandate, jurisdiction & procedures still hinders access to court by the users; delay in amending the Treaty to increase Judges especially in the Appellate Division, and; lack of Administrative and Financial autonomy of the court.

The workshop further came up with recommendations towards mitigation of the challenges such as continuous engagements with relevant Policy organs and Partner States to support the Court and fast track the Treaty amendment process to increase the Judges, determine permanent service of the judges, finalize review and approval of the Administrative & Financial Autonomy of the court and increase budget allocation on the Court’s activities as well establishing alternative funding mechanism through resource mobilization.

In attendance were the Judges and Staff of the Court and the Planning Expert, Mr. Maurice Danje, from EAC Secretariat.