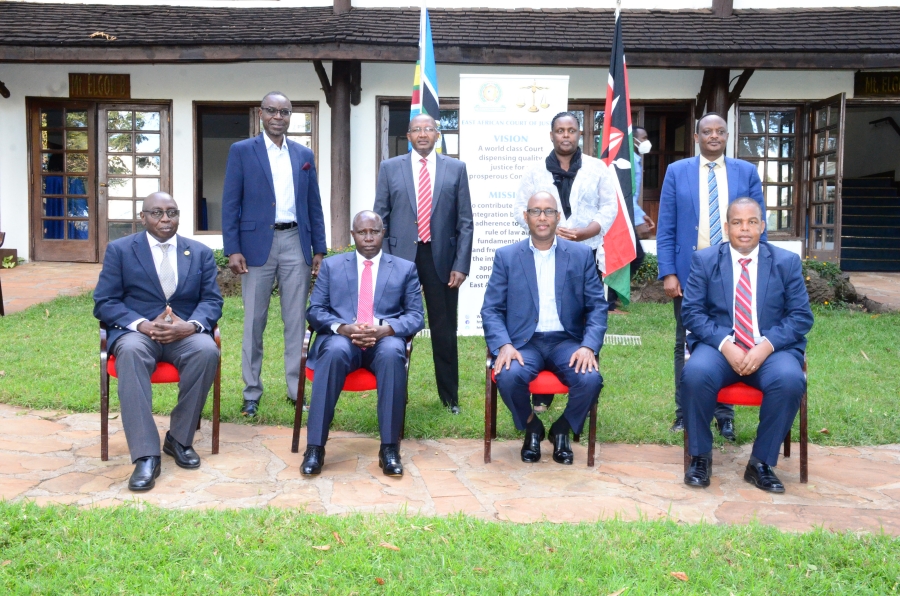 Hon. Mohammed, who is also the Chairperson of the Council of Ministers, further emphasized on the independence of the Court in in dealing with issues faced by the EAC Member States or individuals in disputes filed before the regional court.

The CS who officially closed a five-days induction workshop for six new EACJ Judges in Nairobi further disclosed that these disputes often arise through the implementation of the Treaty and other EAC legal documents especially the Common Market and Customs Union protocols.

The CS applauded the Court for its landmark judgments that he said had served as precedents for national courts in the region as well as other regional and international courts.

The CS said that EACJ had through its judgments continued to strengthen the rule of law and development of human rights standards by boldly denouncing human rights violations.

In his remarks, the Judge President of the EACJ, Justice Nestor Kayobera said that the Court’s interventions have confirmed that the rule requires the timely enforcement of judicial decisions, judicial independence and the right to a fair trial is in vain if those decisions are not enforced.

“And enforcement has been shown to be essential to ensure that the trust of the public in the authority of the judiciary and for upholding its legitimacy. This is the final tool for protecting and restoring violated rights and freedoms. This equally applies to the rights and freedoms enshrined in the Treaty and EAC protocols,” said Justice Kayobera.

He commended the retired EACJ Judges who found time to take the new judges through key areas on the Court’s procedures, its jurisprudence, the place of international law at EACJ, experience of a judge trained in civil law, the role of a presiding judge, judgment writing, digital operations of the court, among other areas, all of which he said had enriched the new judges understanding of the EACJ.

“We are immensely grateful to the outgoing President Justice Dr. Emmanuel Ugirashebuja and the outgoing Principal Judge Lady Justice Monica Mugenyi for their presence and shared insightful leadership experiences at EACJ, their experience of the Court – the progress as well as the challenges – are important for us from the perspective of learning lessons,” said the Judge President.

The Judge President further thanked Raoul Wallenberg Institute (RWI), a development partner, for the support offered to EACJ and pledged to continue strengthening the cooperation in various areas where the Court needs more support.

His Lordship concluded by pledging his full support and good collaboration with the Judiciary of Kenya and the Ministry of EAC Affairs and Regional Development Kenya to continue working together in ensuring the Court’s vision, mission towards integration process is achieved.

The six new EACJ Judges were appointed by the Summit of Heads of State on 27th February, 2021. The five-days induction workshop was held at a Nairobi hotel.