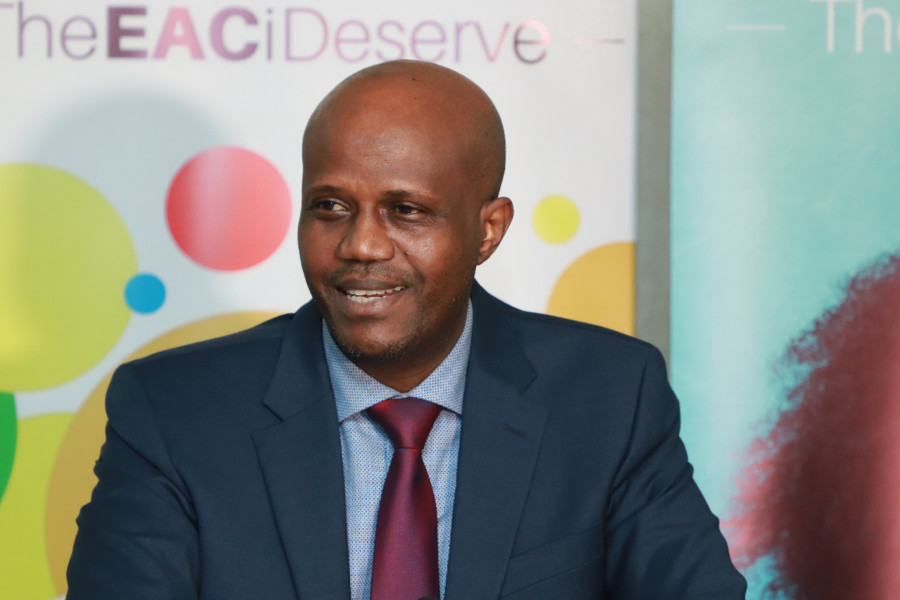 March 30, 2020; Arusha, Tanzania: East African Community (EAC) has opened the portal for the submission of the inaugural Short Film Competition that was launched in January 2020.

Launched as part of the new drive to accelerate citizens engagement in year 2020, the maiden EAC Short Film Competition, is the latest efforts to inspire and capture views, and desires of the young citizens in East Africa.

Announcing the opening of the web portal for submitting the short films, the EAC Secretary General, Ambassador Libérat Mfumukeko said the contest the first of its kind by the East African Community is part of a year-long effort to reach out to over 10 million citizens using new innovative tools as part of a new campaign dubbed “The EAC i Deserve” a Citizens’ Engagement Campaign.

“The EAC Short Film Competition will involve young people from all our six Partner States. A total prize of $25,000 awaits the innovative 33 youthful winners, short films in French language will be accepted that have English subtitles and the submission deadline has been extended to 30th April 2020 to allow for more young people to collaborate using online tools. The short films will be judged based on creativity, originality, popularity, entertainment value and advancement of the integration agenda” said Mfumukeko.

Mfumukeko added “The EAC Short Film Competition creates a new opportunity for us to hear stories directly from the citizens on what they think we have so far achieved, the impact we have made to their world and the future EAC they want to live in”.

The Secretary General noted that most of the EAC youth today being Information and Communication Technology (ICT) savvy was the key inspiration behind the EAC Secretariat initiating the competition and the regions’ increased usage of social media communication which now commands close to 30 million active social media users monthly, with an average growth of 15% yearly, becoming the main source of accessing news for East African citizens.

“Interested youth should upload their submissions on their personal or friends Facebook, YouTube, Twitter, Instagram or TikTok accounts, include the campaign hashtag #TheEACiDeserve in their postings on digital channels  and later upload the films through www.theeacideserve.com. Entrants aged between 18 to 35 years, East Africans are eligible to enter the contest where they are at liberty to use any genre to produce the video or animation, and the length should be between 30 to 59 seconds” Said Mfumukeko.

Amb. Mfumukeko added the extension of time is as a result of disruptions caused by restrictions of movement of people in the region due to safety measure implemented by Partner States as a result of the spread of corona virus in some part of East Africa.

The year-long campaign supported by the German Government through German Development Cooperation (GIZ), has several activities aimed at igniting a reflection of achievements and challenges over the past 20 years to create a new momentum that inspires citizens belief on the EAC integration efforts.

The EAC Short Film Competition is part of “The EAC i Deserve campaign”. A year-long citizens’ engagement campaign that creates a platform where East Africans can share their aspirations, ambitions and desires about the livelihood they wish to experience going forth. National sensitization activities to publicize the campaign have been carried in Nairobi, Kampala, Kigali and Bujumbura as part of the mobilization efforts to encourage citizens to take the chance to inspire the change they want to see in the region. Other national sensitization activities are scheduled to be carried in juba and Dodoma in the coming months.

“The EAC i Deserve” campaign targets to reach over 10 million citizens, encourage all stakeholders to work together to build an economically secure and prosperous future as citizens brought together under one theme: One People, One Destiny.

New activities as part of “The EAC i Deserve” Campaign are expected to be launched in the comings months as part of accelerating citizens participation in the integration agenda in East Africa.

More information is available through the campaign website www.theeacideserve.com.