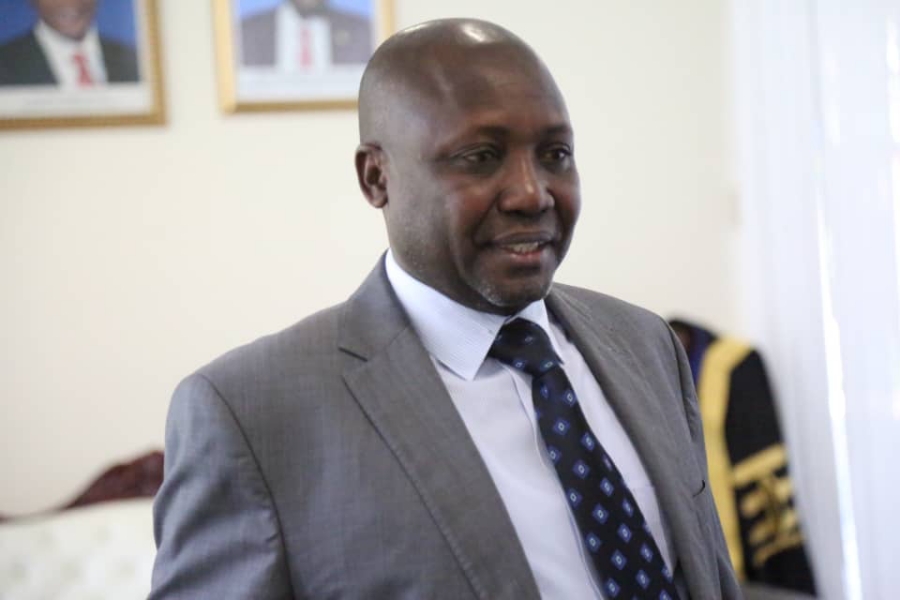 …Clerk and Deputy Clerk served Assembly with due diligence

East African Legislative Assembly, Arusha, December 6th 2019: The East African Legislative Assembly late yesterday paid special tribute to the Clerk, Mr Kenneth Namboga Madete and the Deputy Clerk, Mr Alex Obatre Lumumba, upon completion of their tenure of service to the Community last week (on November 30th, 2019), for their dedicated service. The motion moved by Hon Paul Musamali commended the duo for their steadfast and loyal service to the Assembly and wished them well in their future endeavor.

Hon Musamali cited human resources as key to the Community and said both Mr Madete and Mr Lumumba had exemplified total commitment and dedication. “Due to the very nature of their work and because of their attitude and the value attached to the people they served, the accolades were deserving”, Hon Musamali said.

The legislator cited a number of achievements realized over the period the Clerk and his Deputy were at the helm.

“During the tenure of Mr Madete, EALA was granted a sub-accounting status and for the entire period, the Assembly audited accounts were never qualified.  It is during the period that the Assembly pursued a proactive approach to ensure the growth of the staffing levels bringing on board six senior clerks/committee clerks, the creation of two deputy clerk positions, creation of a senior public relations office and the elevation and grading of some positions from the general staffing category to that of the professional level”, Hon Musamali said.

The mover also attributed the negotiating skills of the two Executives as key resulting in among others, in growth of budget and activities of the Assembly. “Through the skills of the Clerk and Deputy Clerk, the Assembly attracted support of USD 5 million (spread over five years from the Association of European Parliamentarians with Africa (AWEPA) in 2009 in support of the public hearings and the capacity building needs of EALA Members, staff and committees”, Hon Musamali said.

“The success of the first EALA-AWEPA programme will soon pay off with a new programme following new designs which have already been discussed”, Hon Musamali added.

The Member moved the motion under Articles 49 and 59(1) of the Treaty and Rule 26 of the Rules of Procedure.

During debate, Hon Dr Pierre Celestin Rwigema said the outgoing Clerk and Deputy Clerk had gained vast experience and urged the Partner State from which they hail to take advantage of their skills and utilize them effectively.

Hon Kasamba Mathias reminded the House that a number of colleagues had also exited the Assembly upon expiry of their terms.   Last year when in Nairobi, the Assembly reminded the Council of Ministers to extend contracts of exiting officers in the interim period, although it was not possible”, he said. “We pray that they (exiting officers) will join the community of experts given their accumulated years of experience. Movement is part of organizational growth and maturity and we must appreciate such aspects”, Hon Kasamba stated.

Hon Rose Akol said it was necessary for the Assembly (and the East African Court of Justice) to be granted independence/autonomy to carry out their own decisions. The Member further called for secondment of clerks from the Parliaments to avoid the loss/wastage of skills.  The legislator said the recently concluded institutional review exercise which was done for a decade, (although was yet to be formally presented), had anticipated downgrade of some of the positions. During the period under review, the Council of Ministers had placed a moratorium on recruitment. “There is now need to handle very urgently, the recruitment of staff. I further suggest the report of the Institutional review exercise also to be brought to this august house for scrutiny”, she said. In his update to the Assembly, the Speaker confirmed that Council of Ministers had agreed to pursue the matter of staff recruitment immediately.

Hon Pierre Claver Ruakamvye hailed the out-going Clerk as a good social mobiliser who contributed immensely to the development of sporting activities in the Parliament while Hon Dr Abdulla Hasnuu Makame, and Hon Dr Woda Jeremiah Odok commended other clerks and staff whose tenure of service ended earlier.

Both Officers were later elevated as Clerk and Deputy Clerk respectively following a competitive process in 2009. The Clerk is the Chief Executive of the Assembly who in line with guidelines from the EALA Commission is responsible for preparing and planning the strategic programmes and activities of the Assembly and rendering professional advise to the Speaker and Members of the Assembly and other persons in respect of the procedural and legislative matters. Under the current Staff Rules and Regulations, all Professional staff are entitled to serve the Community in the same capacity for a period of 5 years renewable, once (totaling 10 years)