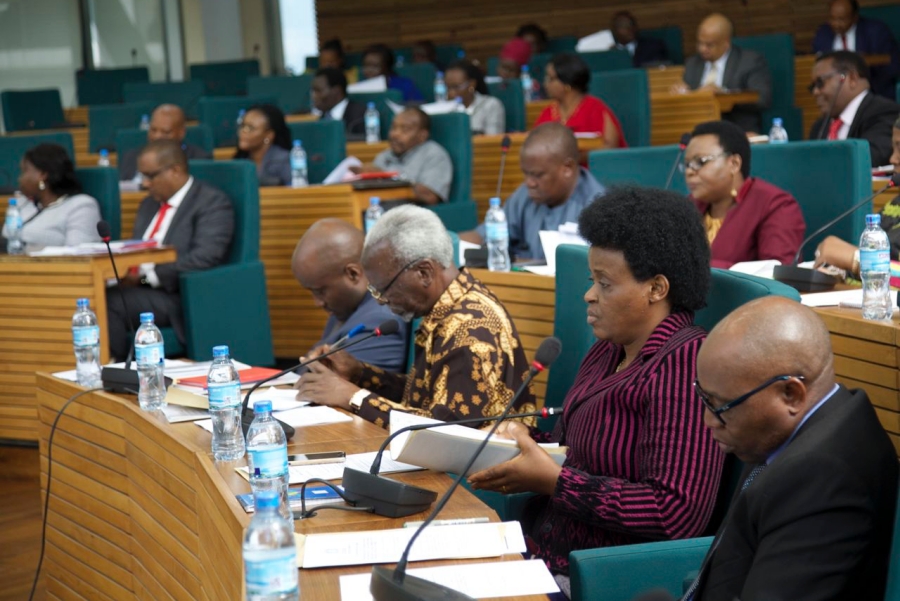 East African Legislative Assembly, Arusha, December 5th 2019: The East African Legislative Assembly is moving to expedite the development of the EAC Climate Change Bill in order to introduce it in the House for debate. As the rains continue pounding and causing havoc in many parts of the region, the Council of Ministers is been urged to urgently establish an emergency response fund to assist victims of floods and other environmental funds.

A resolution moved by Hon Kim Gai Ruot captures the essence of the dangers currently faced in the region saying there are inadequate resources and capacities set aside to effectively prevent disasters both at country level and sub-regionally.   The Motion also underscores the need for education and public awareness as essentials that are supportive of community participation and vital in disaster preparedness and management.

In his motion to the House, Hon Kim Gai, lamented that perception and the public’s general knowledge and comprehension of disasters continued to be low, making it difficult to prevent and reduce the sever consequences of disasters to the Community.

The mover informed the House that whereas in 2013, the Assembly passed the East African Community Disaster Risk Reduction and Management Bill, 2013, to provide a framework for intervention and assistance to persons affected by natural disasters and mitigate the effects of climate change in the Community, the Bill never received assent and is yet to become a law of the Community. The repercussions of lack of the Bill include the delay in instituting a special disaster management fund to support victims and activities related to Disaster Risk Reduction and management. “The issue adds to the increasing number of environmental internally displaced persons in various parts of the Community”, Hon Ruot lamented.

Hon Ruot noted that in addition to natural disasters caused by climate change, drought and flooding, a robust early warning system and emergency response would benefit the Community in the event of disasters like oil spills which also threaten the environment in specific parts of the Community;

At debate, Hon Dennis Namaara said the on-going rains in the region led to trigger disasters and placed the documented deaths at 250 people in the EAC region with thousands of other citizens displaced.  “There are landslides in the region, every now and then. At the same time, several river banks have burst leading to displacements and such call for immediate measures, laws, relocations and special funds to address the matter”, he said.