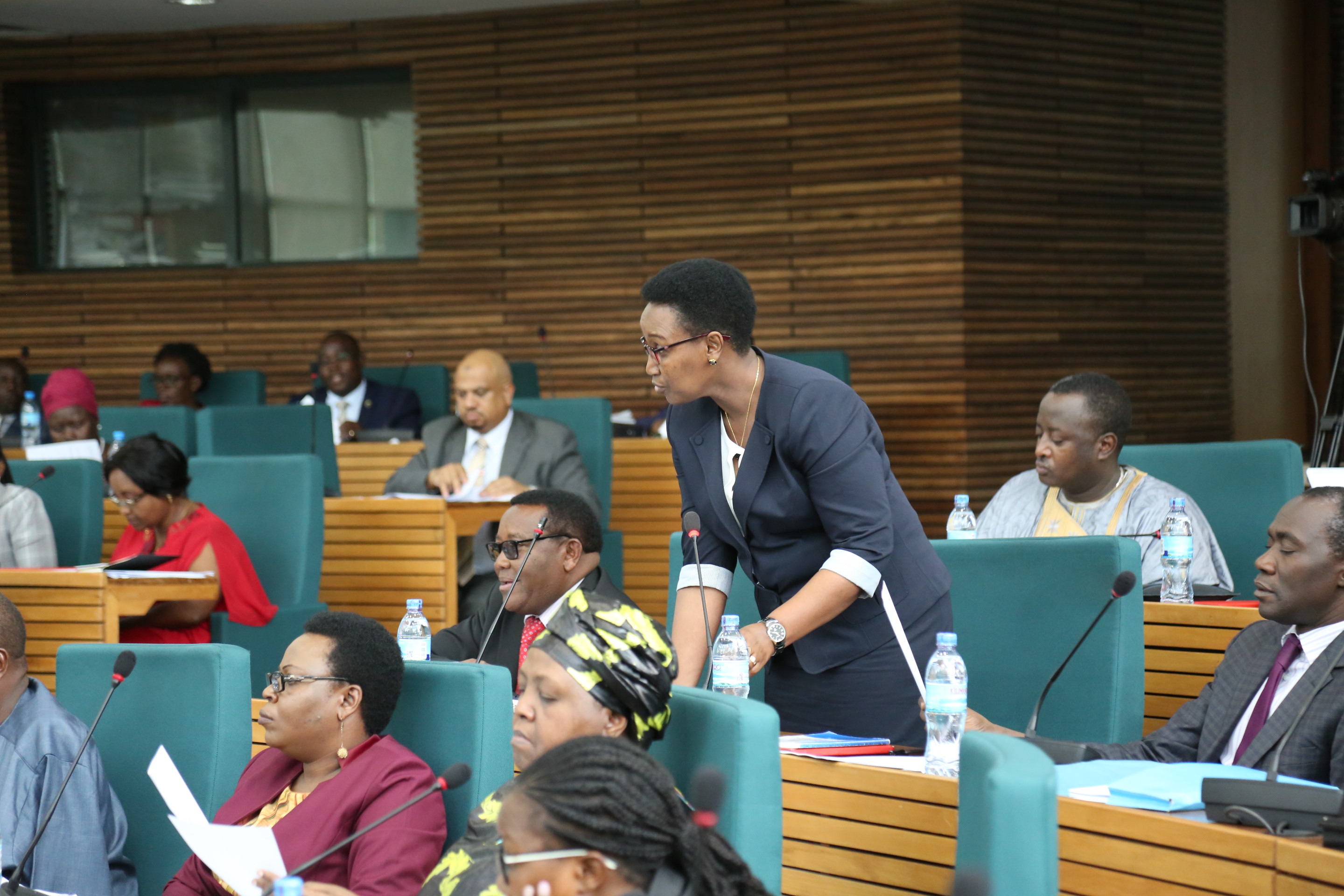 New Bill to promote access to medicines in the offing

East African Legislative Assembly, Arusha, December 5th 2019: A new Bill that will see access to essential medicines and promotion of the local pharmaceutical industry is set to be introduced. The Assembly has this afternoon granted EALA Member, Hon Francine Rutazana, leave to introduce the Bill entitled the East African Community Pharmaceuticals Bill, 2019.

The Bill shall among other things, aims to promote and boost medicines and pharmaceuticals produced in the EAC region, regulate good manufacturing practices and quality standards and ensure the mutual recognition of registration of medicines.

At the same time, the Bill seeks to promote preference for pharmaceuticals produced in the Community during the public procurement processes and for related matters. The Bill also seeks to designate the national pharmaceutical authority in Partner States that shall be responsible for the pharmaceutical matters provided for under the Act.

As the House rose today, the mover, Hon Francine Rutazana moved a motion under Article 49 (1) and 59(1) of the Treaty and Rule 26 of the Rules of Procedure.

The motion notes that discrepancies in the registration procedures for essential medicines still exist and remain a great challenge as currently provided for by the national health policies and regulations in the Partner States.

Despite the challenges, it is also stated that the Community has not established favourable policies for the local produces or in their adequate promotion to enable them to effectively compete with imported drugs.

Contributing to the motion, Hon Gai Deng said ensuring access to medication was a key objective for sustainable development. She remarked that despite huge advances in Universal Health Access, there was still major discrepancies with regards to regulation, and access. “The motion is timely, given the need to strengthen the implementation of the roadmap by the EAC Secretariat”, Hon Deng said.

On her part, Hon Amb Fatuma Ndangiza, termed the Bill timely saying the promotion of access to medicines would enable the EAC populace to be healthy. She lauded the need for providing preferential treatment to local pharmaceuticals saying that currently, only 30% of the market demand was satisfied by the local production.

“We are losing out on jobs and employment opportunities and industrialization can be boosted by enhancing local production”, Hon Ndangiza said.  The legislator also called for enhancing of the regulatory framework to ensure its realization.