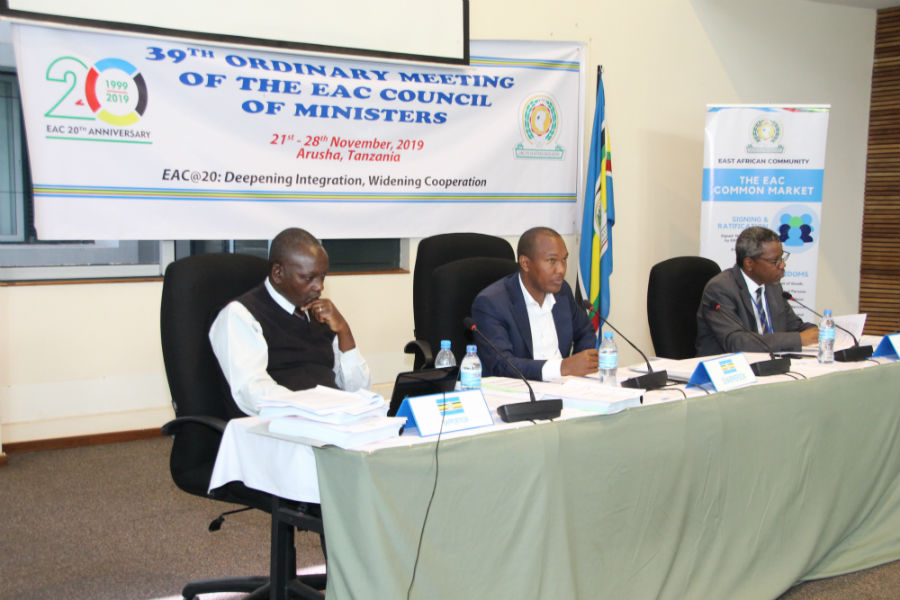 39th Meeting of the Council of Ministers underway in Arusha

Among the items on the agenda of the 39th Sectoral Council are the Report of the Office of the Secretary General which includes items such as: 6th Annual Reporting of the EAC Audit and Risk Committee for the period ended 30th June, 2019; Report of the 20th Meeting of the Sectoral Council on Legal and Judicial Affairs; Request for the Admission into the EAC of the Democratic Republic of Congo; Assent to Bills passed by the East African Legislative Assembly by the Summit; Status update on the ongoing activities in preparation for the EAC 20th Anniversary, and; the Status of Observer Organizations in the EAC.

Other Agenda items are Reports of the Other EAC Organs and Institutions. The 39th Council will also discuss reports on: Planning and Infrastructure; Productive and Social Sectors; Political Matters; Customs and Trade, and; Finance and Administration Matters.