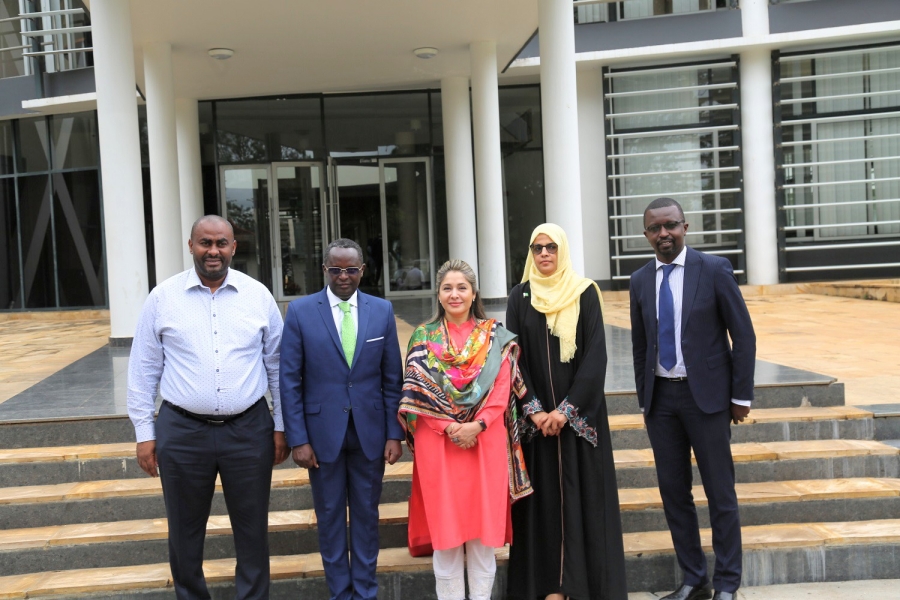 Rt Hon Ngoga made the remarks yesterday while receiving the Chairperson of the Commonwealth Women Parliamentarians (CWP), Hon Shadana Guizar Khan, at the Speaker’s Chambers here. Rt Hon Ngoga maintained that gender equality was a fundamental right and not a privilege and said it was time for all to embrace the principle.

“Beyond that, we must devise ways to have more women in politics, whether we do so gradually, or by fastracking different modalities including making decisions whether to look at the existing curricula in order to tap on the girl-child”, the Rt Hon Speaker said.

To this end, Rt Hon Ngoga remarked the dynamics of the political arena was fast evolving.

"The future of politics in Africa and the globe is promising with young persons and women taking their rightful places”, the Speaker stated, saying, a multi-faceted approach that ensures inclusivity in economic programmes, remained a key ingredient in enabling women emancipation.

“I wish to congratulate you for your recent election at the CWP for a three-year term at the sixth triennial conference of the Commonwealth Women Parliamentarians (CWP) that took place in Kampala, Uganda as part of the wider 64th CPA Conference”, the Assembly Speaker said.

In her remarks, Hon Shadana Guizar Khan, remarked that Parliaments needed to continue taking their rightful places in enhancing advocacy initiatives towards opening up of democratic space as a precursor to economic and sustainable development.  Hon Khan lauded the African continent for sustained efforts to women empowerment.

“Africa is only second to Australia when it comes to women’s political empowerment and said the CWP was committed to taking the initiative forward”, Hon Khan stated.

The Chair of the Commonwealth Women Parliamentarians pledged her support for the EALA Women Caucus, whose representatives were also in Arusha for the Sensitization workshop.

The meeting between the Speaker and the Chairperson of the CWP took place on the sidelines of the organization’s Sensitization Workshop, opened by the Vice President of the United Republic of Tanzania, H.E. Samia Suluhu Hassan on Sunday, October 27th, 2019.   At the sensitization workshop, the EALA Speaker delivered a solidarity message calling on the continent and the globe generally, to put in more effort and create an enabling environment to allow for women to fully participate in electoral processes and leadership positions.

NOTES TO THE EDITOR

The Commonwealth Women Parliamentarians (CWP) Africa Region is an Organ established under Article 15 of the CPA Africa Region Constitution, with a view to promoting gender equality and equity in the work of the CPA. CWP is mandated to hold seminars and workshops in accordance with its calendar of activities.