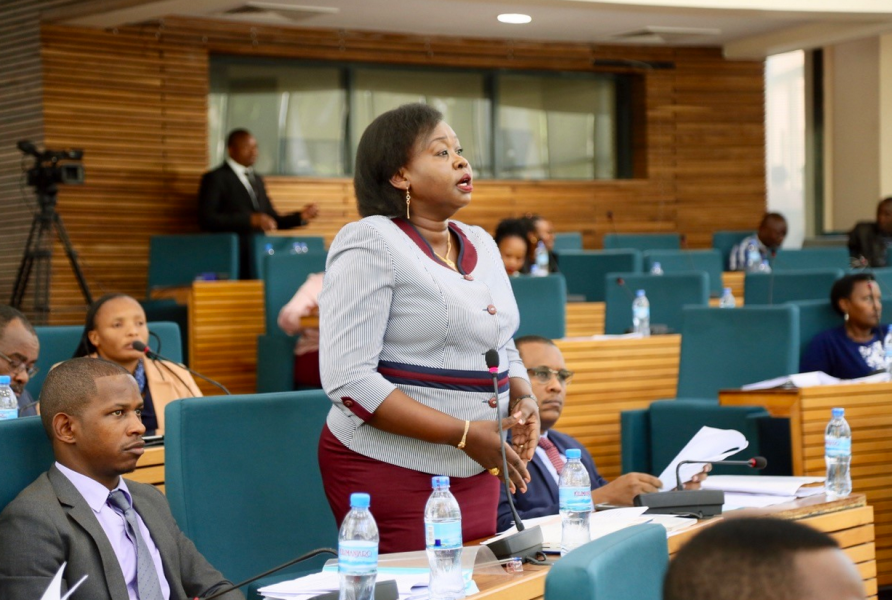 Tourism sector vital for EAC - EALA says, as it calls for embrace of Single Tourism Visa

East African Legislative Assembly, Arusha, October 3rd 2019: Despite the significant contribution of the tourism sector in region’s economic growth, provision of employment and poverty reduction, certain overriding challenges that include sector underfunding, insecurity, lack of harmonized policies and laws, among others, need to be speedily addressed, the East African Legislative Assembly has said. A report of the Assembly on the Oversight activity on the Performance of the Tourism Sector in the region, wants the EAC to fastrack the conclusion of the EAC Protocol on Tourism and Wildlife Management, as well as in strengthening a pool of EAC Classification Assessors to ensure efficiency and effectiveness in classification of tourism establishment.

The Assembly is also reiterating creation of a well-coordinated and digitized information exchange hub for the advancement of joint tourist visa mechanism in a bid to attract tourists in the region. Hon Mary Mugyenyi who presented the report to the House further said it was necessary for the Partner States to harmonise their national laws on tourism and related sectors.   The EAC Council of Ministers is further urged to follow up with the Republics of Burundi and South Sudan and the United Republic of Tanzania to join the EAC Single Tourist Visa.

According to the Report, EAC tourism arrivals have increased from 3.5 million persons in 2006 to 5.7 million persons in 2017. However, this is still substantially low given that it represents only 8.6% of the Africa market share and 0.3% of the global market share. Tourism contributed to the Gross Domestic Product of the EAC Partner States by an average of 8.8% in 2017. The percentage contribution was higher than the average in Rwanda (12.7%), Kenya (9.7%) and Tanzania (9.0%). Tourism contributes an average of 18.8% to EAC total exports, although the percentage contribution was higher, in Rwanda (30.5%) and Tanzania (26%).

In the Partner States, the report makes interesting findings – that include a number of achievements and challenges.   In Burundi, the report states the country has 126 tourist sites of which 57% are tangible cultural heritage aspects and 32% are natural heritage aspects. The weather is deemed as favorable while the culture is rich. The country further portrays rich African cuisine and culinary culture. Areas to be enhanced in the tourism sector include, development of infrastructure in all provinces; re-classification of hotel and categorization of accommodation in Burundi. In Kenya, the country has instituted a number of strategies that include development of tourism policies to support expansion of the tourism sector and a provision of charter incentives to enhance travel have been instituted. The country’s major activities include holiday travel (68%), business travel (18%) and transit (14%). Tourism sector registered improved performance in 2018, mainly attributed to growth of aviation, investors’ confidence, withdrawal of travel advisories, visits by foreign dignitaries and revitalized marketing efforts. The challenges for the Republic of Kenya include globalization which is leading to creation of uniform standards and protocols and the heavy taxation of the sector among others.

The Republic of South Sudan on its part, is endowed with a unique and diverse tourist attraction including the massive wildlife migration at Boma and Badigilo National Parks, considered second to the annual Serengeti-Maasai Mara animal migration. The report cites challenges including; infrastructure, insecurity caused by political instability, poverty and unemployment; inadequacy of data and research and lack of relevant policies and laws to regulate the sector.

The Tourism industry is a strategic priority for Rwanda and has been fundamental in the transformation and modernization of the national economy. Tourism continues to be a leading foreign exchange earner since 2007. The tourist attractions in Rwanda include wildlife protected areas, Akagera national park, Nyungwe national park and various reserves and sanctuaries, lakes, rivers and swamps. Notable challenges include over-reliance and dependency on the gorilla product as a major source of tourism revenue and the need for enhanced marketing as a wildlife, eco-tourism, cultural and conference destination.

Republic of Uganda, the report says, has branded itself as “Gifted by Nature” with many tourist attractions including wildlife, nature, geography, culture, heritage and good weather all the year around. Tourists sites in Uganda, include the source of the Nile, the Mount Rwenzori, Mount Elgon, Mugahinga, and Kigulu hills. The Equator, Bishop Hannington site, hot springs, handicraft and souvenir development, marine tourism and sport tourism are also major tourist attractions. Uganda witnessed a 7.4% increase in international tourist arrivals in 2018, with the numbers growing from 1,402,409 persons in 2017 to 1,506,669 persons in 2018. Direct revenue from international tourism rose from US$ 1.453 billion in 2017 to US$1.6 billion in 2018. The challenges that affect tourist sector in Uganda include weak capacity in terms of instructional infrastructure for training manpower and human resource and inadequate funding.

At debate time, Hon Dr Abdulla Makame said there was need to consolidate the tourism industry in order to spur revenue, saying the sector would promote the region and create direct and indirect employment. The legislator called for the speedy conclusion of the Protocol on Tourism and Wildlife. Hon Leontine Nzeyimana, said tourism was a major revenue earner for the region. Hon Fatuma Ndangiza said with innovation and focus, the region can truly benefit from the sector.

Hon Abdikadir Aden rallied for the implementation of the single tourism visa saying a mechanism for revenue sharing was long overdue. The legislator rallied for enhancement of local tourism saying the region needs to make it easy for East Africans to freely enjoy the tourist attractions. Hon Kennedy Mukulia said there was need to revive the East African Airlines to tap the revenue from the tourism sector. The Member said security was paramount for the region and called on authorities to be vigilant and ensure tourists coming in to the region abide with existing laws and regulations. Hon Dennis Namaara said intra-competition amongst the Partner States led to situation where the region loses comparative advantage through marketing.

Cabinet Secretary, Ministry of EAC, Kenya, Hon Adan Mohammed, thanked the Committee for an elaborate report and said the region needed to focus more on connectivity to spur tourism, convenience. The Minister said natural endowments were necessary – but said in other places, products can be created and marketed to spur tourism. He called for more focus on local and domestic tourism. In Kenya, the Cabinet Secretary said bed occupancy at the Coast region were significantly lower until government and private sector deliberately put efforts to market the coastline.

The Chair of Council of Ministers, Hon Olivier Nduhungirehe, said Council of Ministers will duly implement the report. He informed the House that Council of Ministers would engage the Sectoral Council on Tourism and Wildlife to address the emanating challenges.   Similarly, he said all citizens of the region would as necessitated by the Community, pay same rates for hotels and national parks as nationals of the Partner States.