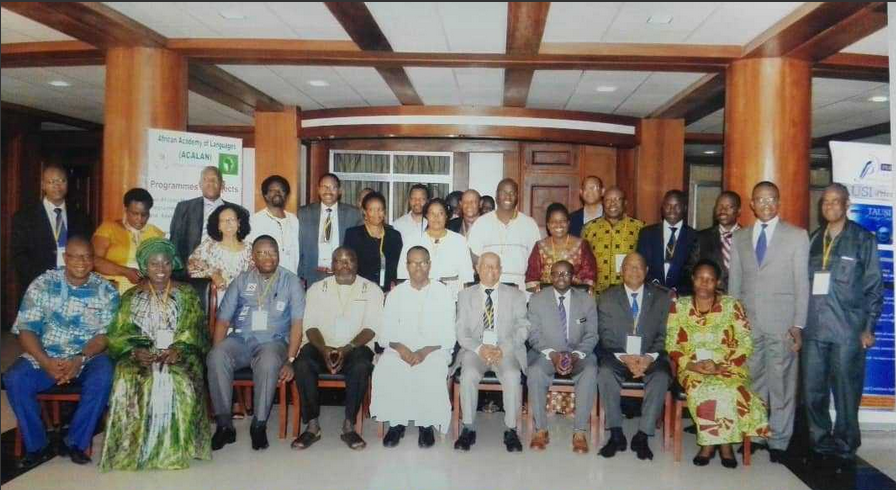 East African Kiswahili Commission, Zanzibar, 3rd July, 2019: The African Union has partnered with the EAC to set the pace for the recognition and promotion of Kiswahili as a Language of Wider Communication in the whole of Africa. Under The Dar-es-Salaam Framework of Action adopted by the African Academy of Languages (ACALAN), AU’s specialized institution mandated to develop and promote African Languages, and the East African Kiswahili Commission (Kamisheni ya Kiswahili Afrika Mashariki - KAKAMA), an EAC institution charged with harmonization, coordination and promotion of the development and use of Kiswahili for regional integration and sustainable development, the two organizations agreed and committed to work closely and with other organizations on the continent and beyond to achieve the set goal.

Addressing a Consultative Meeting on the Promotion of Kiswahili as a Language of Wider Communication in Africa held on 26th-28th June, 2019 in Dar-es-Salaam, the Minister for Information, Culture, Arts and Sports of the United Republic of Tanzania, Dr. Harrisson G. Mwakyembe, challenged participants drawn from across the continent to galvanize the spirit and energy of Pan-Africanism and the need for Africa and persons of African descent to be united.

He said Kiswahili provides a platform for the promotion of a feeling of solidarity and pride among the people of the African world by inculcating pride in African values and consciousness. Dr. Mwakyembe said there was a legitimate need and interest in the promotion of Kiswahili as a Pan-African language of integration and development as a response to globalization and regionalization movements now in vogue across the world. He said the cases of the United Republic of Tanzania and the EAC are excellent examples of the potential of Kiswahili to achieve integration and development.

In Remarks delivered by the Executive Secretary of the East African Kiswahili Commission Prof. Kenneth Simala, the Secretary General of the East African Community, Amb. Liberat Mfumukeko said the establishment and operationalization of KAKAMA demonstrates the realization and commitment of political leadership and policy organs of the EAC of the importance of Kiswahili for regional integration and sustainable development. The SG said that Kiswahili is imperative to creating awareness and understanding of the challenges and opportunities that come with integration and development. The language is a strategic resource for communication and active citizen participation in development. He welcomed the decision by the AU to promote Kiswahili as a Pan-African lingua franca and promised the EAC’s support in using Kiswahili as a catalyst to achieving AU’s Agenda 2063.

The Head of UNESCO Office and Representative to the United Republic of Tanzania, Tirso Dos Santos, hailed the AU and EAC for the importance they attach to Kiswahili as a medium and tool of communication relevant and necessary for educational, scientific and cultural development of Africa. He noted that UNESCO is alive to the realities of African culture in general, and language in particular. He hailed the emerging collaborative partnership between ACALAN and KAKAMA as specialized language agencies and pledged UNESCO support to these initiatives for the sake of economic and social development of the continent.

On his part, Prof. Baye Mekonen, Chairperson of ACALAN-AU Assembly of Academicians reiterated the importance of Kiswahili as a Pan-African language of identity and tool of communication and development. He acknowledged that Africa is highly multi-lingual hence the need to focus on recognizing and promoting Kiswahili as a common language, without neglecting other equally important African languages of identity.

The ACALAN Executive Secretary, Dr Lang Fafa Dampha and his EAKC counterpart, Prof. Kenneth Simala, reaffirmed the visions of both the AU and EAC to harmonize and nurture the growth and development of Kiswahili at continental and regional levels. They collectively committed to maintain their collaborative momentum and closely work together to develop and execute a clear strategy of implementation of The Dar-es-Salaam Framework of Action and ensure that declarations about the development and use of Kiswahili at continental and regional levels are followed through.

About the East African Kiswahili Commission: