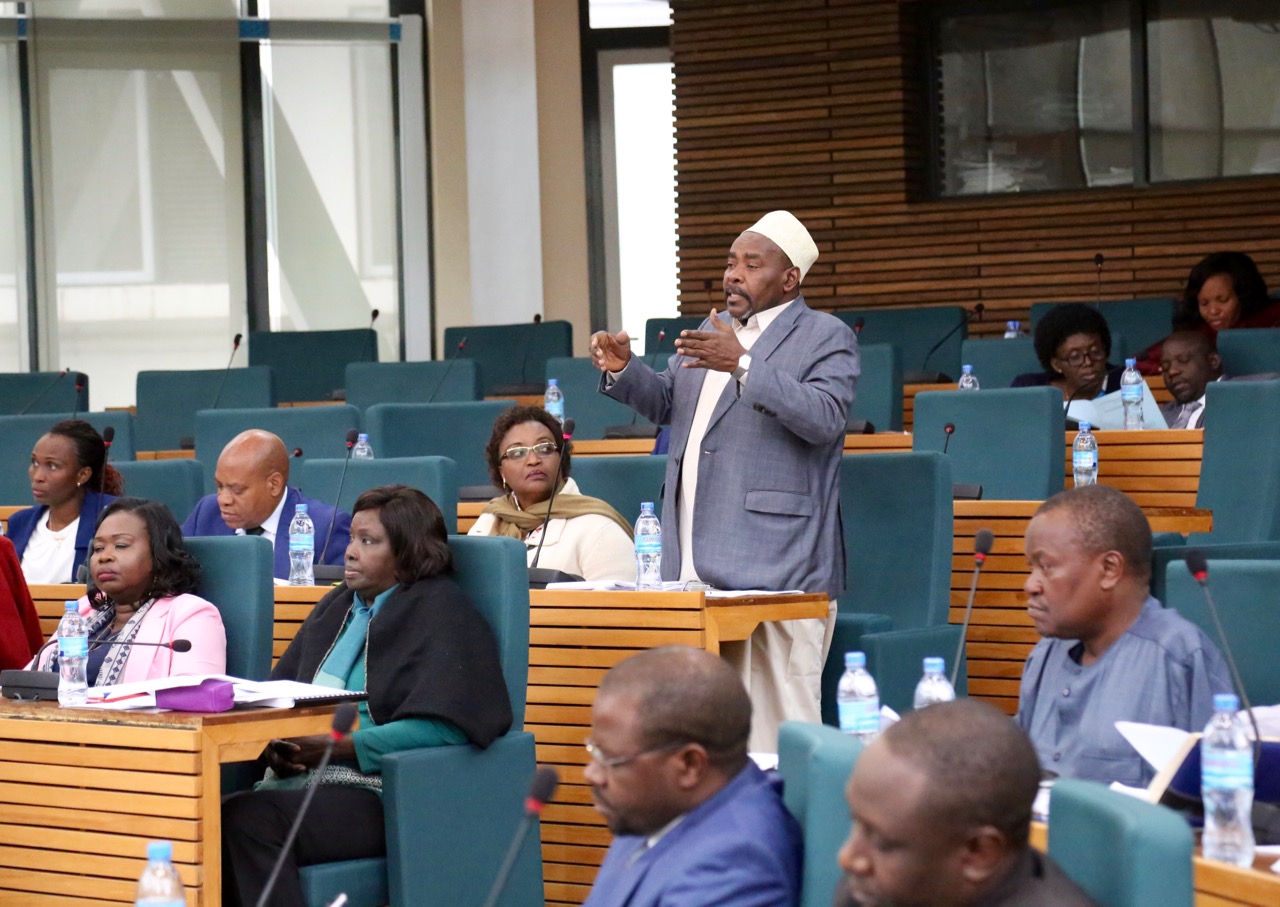 The East African Competition Authority is to benefit from an amount of $727,501 in the Financial Year 2019/20.Prior to the passage of the EAC Appropriation Bill, 2019, the Assembly had resolved itself in to a Committee of Ways and Supplies to consider and approve the Financial Statement for the new Financial Year 2019/2020.  It further reconstituted in to a Committee of Supply to approve the Estimates of Expenditure for the same.

The EAC Budget is anchored under the theme: “Transforming lives through Industrialization and Job Creation for shared prosperity.  According to the Chair of Council of Ministers, the priority interventions for FY 2019/2020, include the consolidation of the Single Customs Territory and promotion of intra and extra EAC trade and export competitiveness, development of regional infrastructure, effective implementation of the Common Market Protocol and the enhancement of regional industrial development.

In addition, the EAC is to prioritise on promotion of peace, security and good governance and the constitution making process for the EAC Political Confederation, factors that will be necessary for successful implementation of socio-economic programmes to further support the growth and development of the EAC region.

Last week, the Committee on General Purpose as part of its mandate, presented the report of the EAC 2019/20 Budget to the Assembly containing a raft of recommendations. The Committee considered the annual estimates of revenue and expenditure for the 2019/2020 Budget and scrutinized related annexture to the budget, the MTEF framework and the EAC Secretary General’s policy statement.

The Committee further interacted with the Council of Ministers as well as the Executive Heads of the Institutions and Organs.

Key among the recommendations is the need for the Council of Ministers to finalize the modalities on Alternative Sustainable funding mechanism for the Community in a bid to enhance disbursement of funds and address the increasing financial challenges the Community is facing.   In addition, the Committee is recommending the imposition of sanctions against Partner States which have failed to meet their financial obligations as per the provisions of Article 143 of the EAC Treaty. According to the Chairperson of the Committee, a number of activities planned by the Community did not take place due to late remittances of funds.

The General Purpose Committee further called on the Council of Ministers to regularly submit to the Assembly the Budget estimates in a timely manner, in line with the provisions of Section 4 of the EAC Budget Act.  This according to the Chair, Hon Aden, is to allow for ample time for EALA to scrutinize the budget.  In a related aspect, the House raised concern about the continued delayed remittances to the Community.

“While the resource envelope has not increased for the last four years (with Partner State contributions remaining constant), the EAC has witnessed remarkable growth in terms of institutions territorial jurisdiction and volume of activities.  However, this growth has not attracted a proportionate increase in funding to address the ever- growing needs of the Community.

In this budget, save for about two institutions, the rest of the Organs and Institutions witnessed a zero increase or decrease of their respective budgets”, Hon Aden told the Assembly last week.

During debate today, Hon Victor Burikukiye said the issue of poverty needs to be addressed noting that a large percent were living below the poverty line.   Hon Burikukiye lamented that the amount of budget set for the productive sectors was a paltry 5% of the budget.   Furthermore, it is reported the docket that is in charge of the productive sector is understaffed.   “It is paradoxical that whereas the EAC hopes to improve the life of its citizens, the two sectors are under budgeted for.  In future, let us improve on the budget lines”, he said.

“There is evidence of decline in contribution. This is why we continue to face the hardship of unavailability to meet some of the programmes. Departmental budgets are minimal while committee budgets are also shrinking against an increasing workload.  We should as MPs face the reality, he said.  To save the situation, the Council of Ministers must reverse the trend”, the legislator said.

Hon Amb Fatuma Ndangiza termed the budget as focused and in accordance with the Summit of EAC Heads of State directives and suggested that considerations arrived at during the pre-budget conference be integrated in future to the budget process. She urged the Council of Ministers to cede the power of autonomy to the Assembly to be more effective.   Hon Pierre Claver Rurakamvye reiterated the importance of improving the Community’s Information Communication Systems and said more resources was necessary.

Hon Kasamba Mathias said the agricultural sector was a thematic area that is grounded on transformation of lives and industrialization for prosperity. He reiterated need for embracing agricultural production stating that 80% of East Africans were farmers. “There is need to consider the fact that intra-trade levels are reducing due to many factors including emerging non-tariff barriers, restrictions of movement among other factors.  We must enhance resources for the productive services to transform the region in reality”, he added.

Hon Rose Akol, said the issue of adequate staffing was critical.  “Already, we have lost 6 staff and the few in place work until very late. We are clearly understaffed.  It is time the Assembly was granted its independence so that we can perform and perfect as we want”, the Member said.  Also rising up in support of the report was Hon Jean-Marie Muhirwa.

The Chair of Council of Ministers, Hon Maganda Julius Wandera noted that Council of Ministers was committed to ensuring the sustainable funding mechanism is implemented and said consultations with the respective ministries of finance were underway.  He remarked that on the contrary, intra-trade statistics had been enhanced even though there were slight challenges.  The Minister said the processes on completion of the comprehensive Institutional review to spur recruitment was on-going and that short-term contracts at the EALA would be extended for the next six months in the interim, until such time the matter is finalized.

The EAC is further expected to streamline and consolidate on its operational systems to achieve the desired level of efficiency, accountability and value for money. The Chair of Council of Ministers cited a number of assumptions on which this year’s budget is pegged on to include the continued and consolidated political support of the EAC integration and the availability of adequate financial resources and remittances.     Political stability and good governance as well as safe and stable security across the region are other areas of consideration.

The House has meanwhile adjourned indefinitely until the next Financial Year.   Next week, the Committees will continue with their respective meetings to adopt their workplans for the Financial Year 2019/2020.