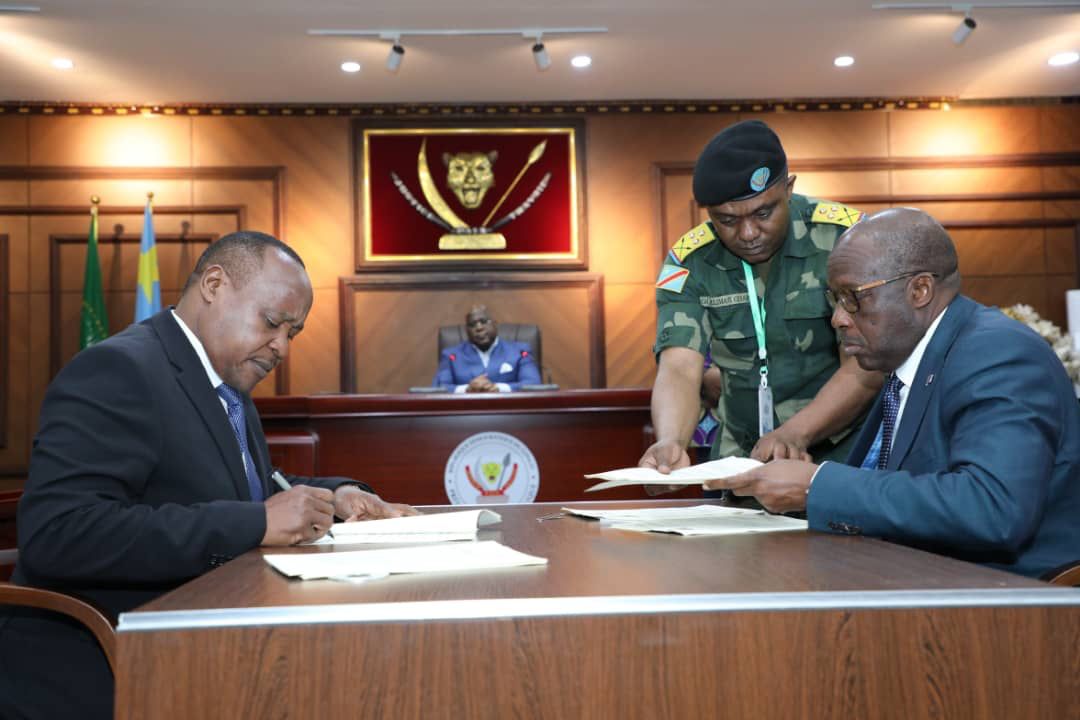 East African Community Headquarters, Arusha, Tanzania, 9th September, 2022: The President of the Democratic Republic of Congo (DRC), H.E President Félix Antoine Tshisekedi has presided over the signing of an agreement giving green light to the deployment of the EAC Joint Regional Force, led by the Armed Forces of the DRC in Eastern DRC, to fight the negative forces.

Dr. Mathuki noted that the agreement is in support of the implementation of the decision of the 22nd Summit of the EAC Heads of State to deploy a Joint Regional Force, to fight the negative forces.

“The Agreement envisages an initial deployment of the EAC Joint Regional Force for a period of six months after which the deployment will be evaluated,” the Secretary General noted.

The SOFA outlines the obligations and responsibilities of the regional force while on DRC territory and the facilitation and support that will be granted by the DRC Government in line with the Constitution and applicable laws.

“The Concept of Operations (CoNOPs) which includes among others, a SOFA as its Annex, was negotiated by the Chiefs of Defence Forces of the Region and adopted by the 22nd Summit of the Heads of State,” he noted.

The Force Headquarters has been established and key personnel appointed. These include; EAC Force Commander Major General Jeff Nyagah from Kenya and one of the two deputies Brigadier General Emma Kaputa of the DRC. The region expects substantial force deployment in the upcoming days.

President Tshisekedi shared that the Mission will not be easy, noting that the instability has been ongoing for over 2 decades.

“My highest wish is for the Regional Force to be successful and allow the country to turn over and focus on the economic and social growth of the country, that will see it transform and shine in front of the world,” he noted. 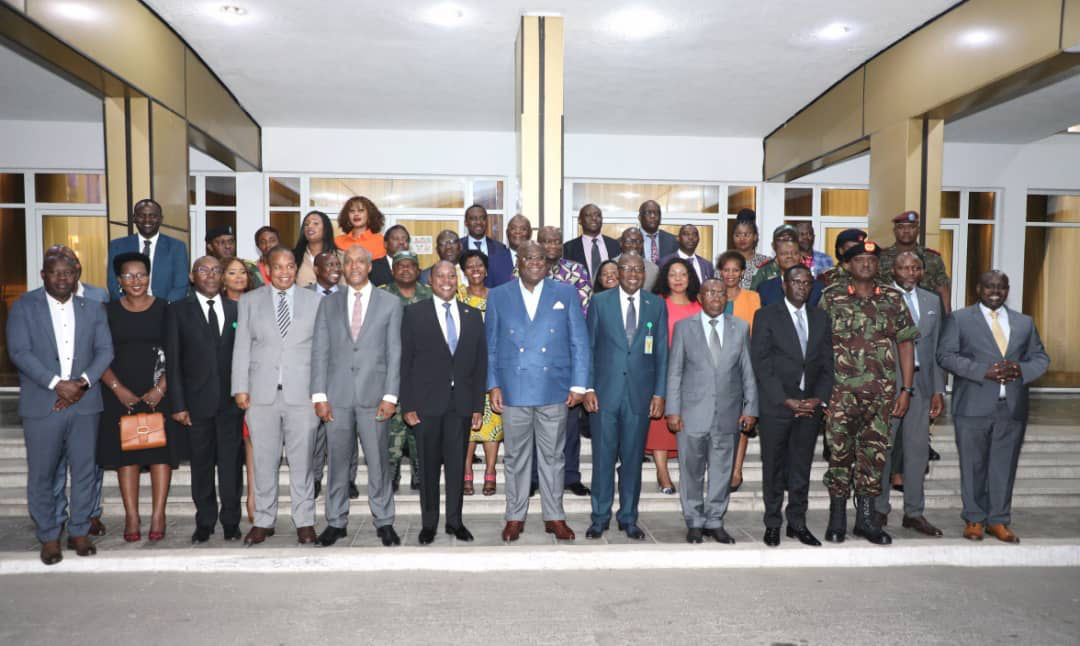 The President dubbed the mission as delicate for the Community and called on the use of diplomacy as agreed on under the Nairobi-process. He further expressed confidence in the leadership of H.E President Uhuru Kenyatta, who was appointed in the 22nd Ordinary Summit of the EAC Heads of States, as the facilitator to oversee the implementation of the Nairobi Process as provided for in the modality for the establishment and functioning of the EAC Panel of the Eminent Persons and for the deployment of Special envoys and representatives.

“It´s also important for there to be sensitization of the local Community on the objective of the Regional Force to quell any negative suspicion, so we can have peace in that area,” he added.

In addition, the Secretary General noted that in order to facilitate the full and effective participation of the DRC in the activities of the Community as provided by the Treaty, the DRC needs to urgently take up six key issues.

First, the DRC is expected to designate a Minister responsible for EAC Affairs who will be the coordination and liaison between the office of the SG and the DRC on all matters of integration.

The DRC is also expected to remit the financial contribution of the DRC to the EAC as a Partner State.

The DRC is set to constitute a team to negotiate a roadmap for the full integration of the DRC into the EAC as directed by the 22nd Summit. This process is expected to bring the technical teams of the DRC up to speed on what needs to be done.

The DRC is also expected to appoint a Defence Liaison Officer (DLO), a person not below the rank of a Full Colonel.

The DRC is also expected to nominate a Judge to sit on the Bench of the First Instance Division of the East African Court of Justice;

DRC is also set to elect 9 Members to represent the DRC at the 5th Assembly of the East African Legislative Assembly which commences in December 2022. The elections must be conducted in accordance with the Treaty.

The Secretary General is in the DRC where he is leading a mission comprising Heads of EAC Organs (East African Legislative Assembly and the East African Court of Justice), Institutions and the regional private sector led by the East African Business Council (EABC).